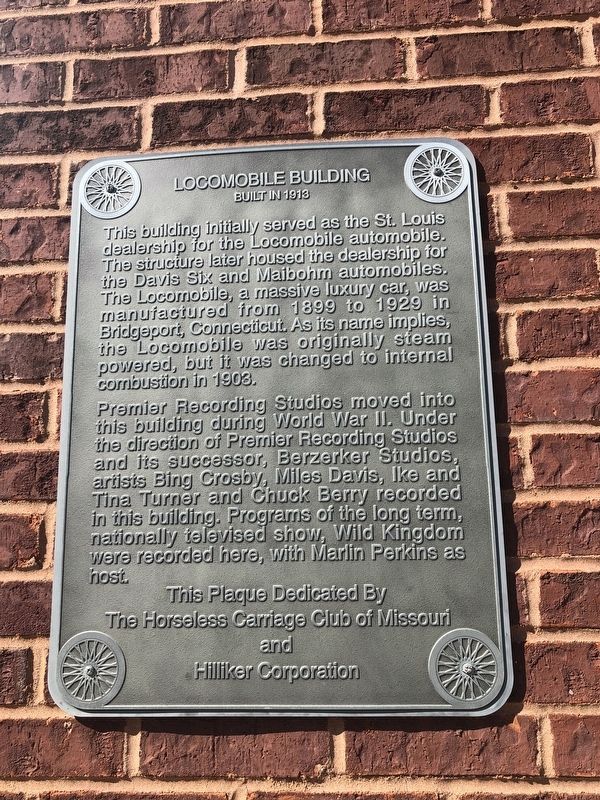 Photographed By Devry Becker Jones, April 22, 2019
1. Locomobile Building Marker
Inscription.
Locomobile Building. Built in 1913. , This building initially served as the St. Louis dealership for the Locomobile automobile. The structure later housed the dealership for the Davis Six and Maibohm automobiles. The Locomobile, a massive luxury car, was manufactured from 1899 to 1929 in Bridgeport, Connecticut. As its name implies the Locomobile was originally steam powered, but it was changed to internal combustion in 1903., Premier Recording Studios moved to this building during World War II. Under the direction of Premier Recording Studios and its successor, Berzerker Studios, artists Bing Crosby, Miles Davis, Ike and Tina Turner and Chuck Berry recorded in this building. Programs of the long term, nationally televised show, Wild Kingdom were recorded here, with Marlin Perkins as host. . This historical marker was erected by The Horseless Carriage Club of Missouri and Hilliker Corporation. It is in St. Louis Missouri

Erected by The Horseless Carriage Club of Missouri and Hilliker Corporation. 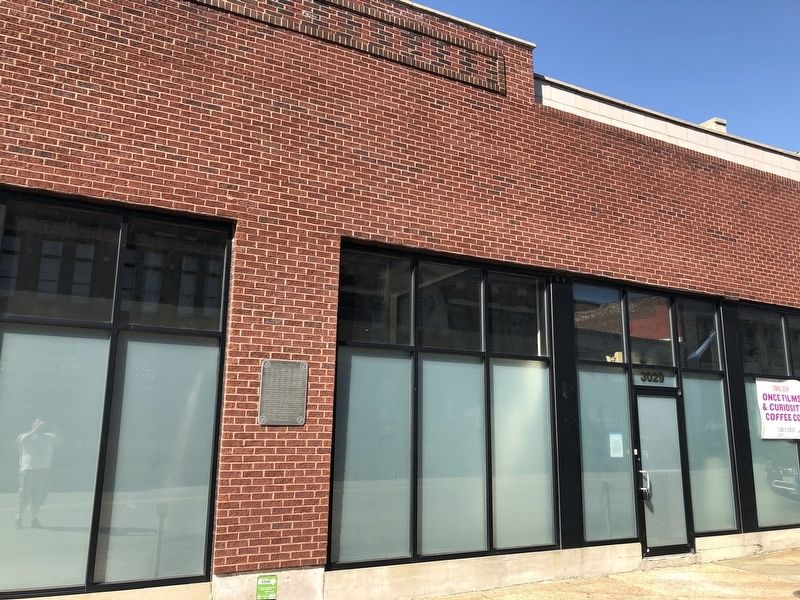 Click or scan to see
this page online
38° 38.16′ N, 90° 13.372′ W. Marker is in St. Louis, Missouri. Marker is on Locust Street east of North Cardinal Avenue, on the right when traveling west. Touch for map. Marker is at or near this postal address: 3028 Locust Street, Saint Louis MO 63103, United States of America. Touch for directions.