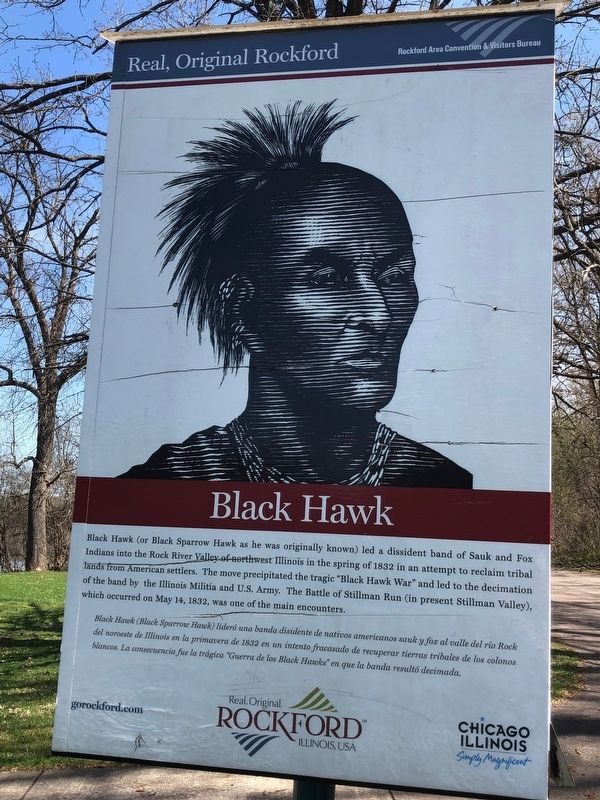 Photographed By Ruth VanSteenwyk, April 23, 2019
1. Black Hawk Marker
Inscription.
, Black Hawk (or Black Sparrow Hawk as he was originally known) led a dissident band of Sauk and Fox Indians into the Rock River Valley of northwest Illinois in the spring of 1832 in an attempt to reclaim tribal lands from American settlers. The move precipitated the tragic "Black Hawk War" and led to the decimation of the band by the Illinois Militia and the U.S. Army. The Battle of Stillman Run (in present Stillman Valley), which occurred on May 14, 1832, was one of the main encounters. , . This historical marker was erected by Rockford Area Convention and Visitors Bureau. It is in Rockford in Winnebago County Illinois