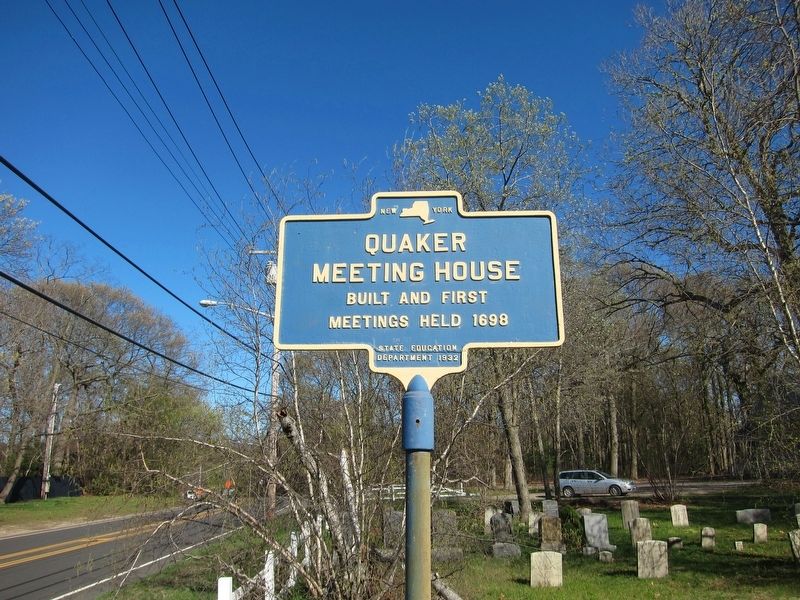 Topics and series. This historical marker is listed in these topic lists: Churches & Religion • Colonial Era. In addition, it is included in the Quakerism series list. A significant historical year for this entry is 1698.

Location. 40° 44.368′ N, 73° 27.356′ W. Marker is in Farmingdale, New York, in Nassau County. Marker is on Quaker Meeting House Road west of Round Swamp Road, on the left when traveling west. Touch for map. Marker is in this post office area: Farmingdale NY 11735, United States of America. Touch for directions.

More about this marker. Although the marker is not difficult to see from the road, reaching requires a bit of preparedness. That is, there is no parking on the side of the road, so one must be ready to make a quick sharp turn into the driveway, as otherwise one will need to keep going for a bit until it is possible to turn the car around and try again. 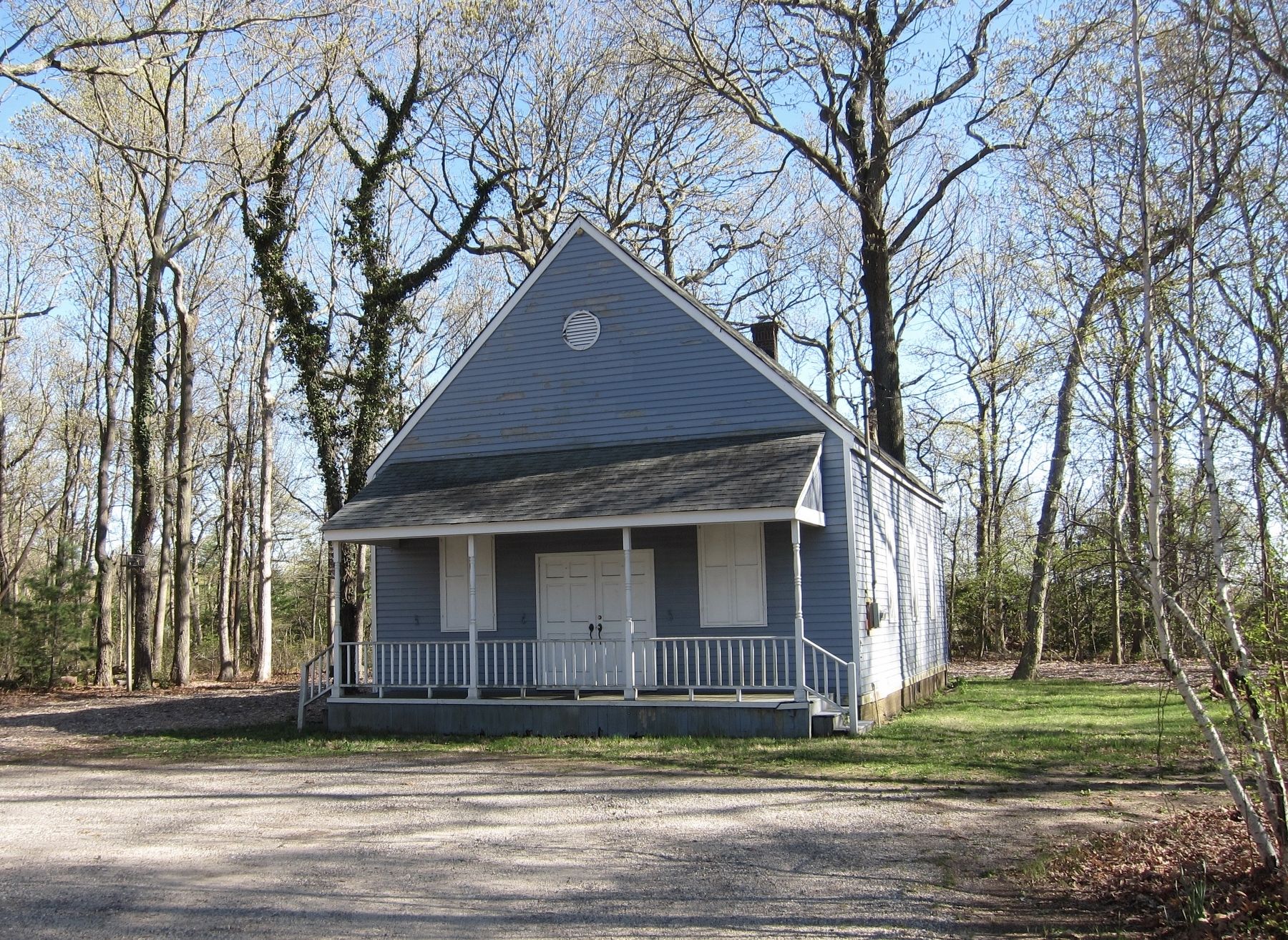 Photographed By Andrew Ruppenstein, April 24, 2019
2. Quaker Meeting House
"Thomas Powell along with other Quaker settlers of the Bethpage Purchase organized the Bethpage Meeting in 1698, and they met in each others homes on "First Day" (Sunday) for worship. They were known as the Bethpage Preparative Meeting of the Religious Society of Friends.... In 1741 the first of three meeting houses was built on, what is now known as, Quaker Meeting House Road. Fire destroyed the first house, a second was built in 1810 and lost to fire as well. The third house built in 1888 burned during the Great Blizzard. In 1890 the meeting house was built and it stood on the north side of Quaker Meeting House Road until mid-1930s. At this time the Bethpage State Park was created and the State moved the structure to the south side across the road to its present site surrounded by the Quaker Cemetery. It is a simple gray and white structure." - Central Park Historical Society Encyclopedia