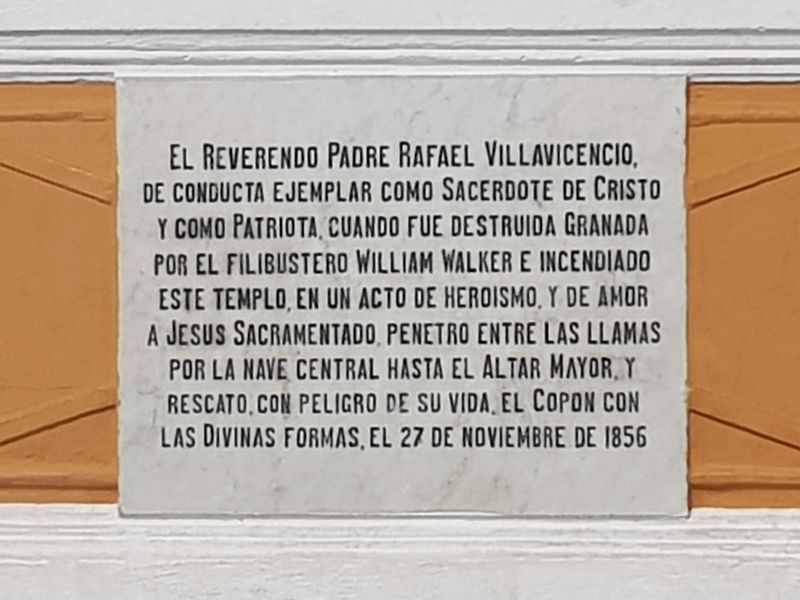 Photographed By J. Makali Bruton, May 4, 2019
1. Father Rafael Villavicencio Marker
Inscription.
English translation: , The Reverend Father Rafael Villavicencio showed exemplary conduct as a priest of Christ and as a patriot when Granada was destroyed by the filibuster William Walker and this temple burned down. In an act of heroism, and of love for the Blessed Sacrament, he penetrated between the flames by way of the central nave to the High Altar and rescuing, with danger to his life, the Blessed Cup with the Divine Forms, on November 27, 1856 . This historical marker is in Granada Nicaragua