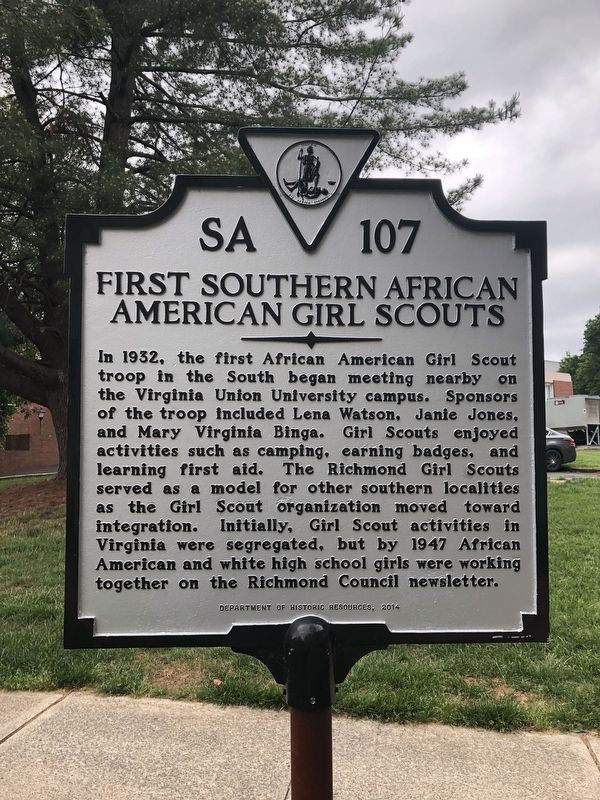 In 1932, the first African American Girl Scout troop in the South began meeting nearby on the Virginia Union University campus. Sponsors of the troop included Lena Watson, Janie Jones, and Mary Virginia Binga. Girl Scouts enjoyed activities such as camping, earning badges, and learning first aid. The Richmond Girl Scouts served as a model for the southern localities as the Girl Scout organization moved toward integration. Initially, Girl Scout activities in Virginia were segregated, but by 1947 African American and white high school girls were working together on the Richmond Council newsletter.

Topics and series. This historical marker is listed in these topic lists: African Americans • Education • Fraternal or Sororal Organizations • Women. In addition, it is included in the Historically Black Colleges and Universities, and the Virginia Department of Historic Resources series lists. A significant historical year for this entry is 1932. 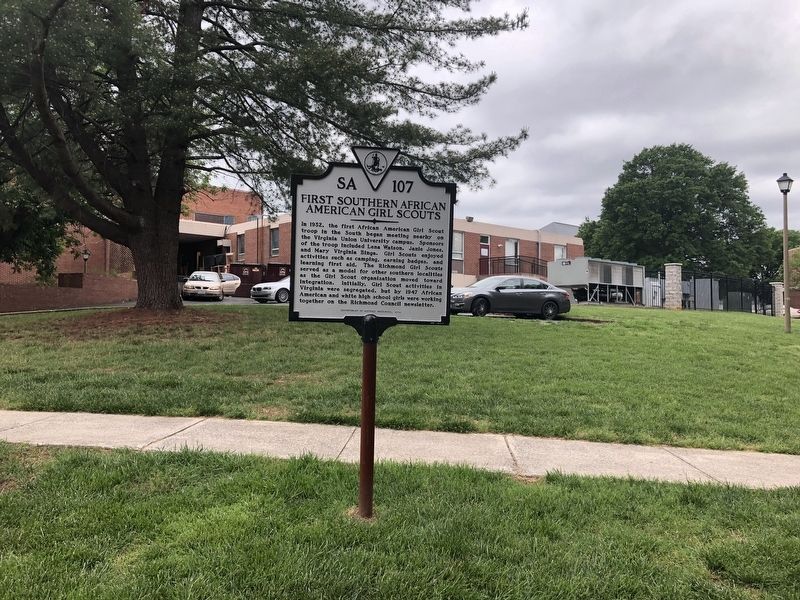 Click or scan to see
this page online
27.024′ W. Marker is in Richmond, Virginia. Marker can be reached from West Graham Road west of Brook Road, on the left when traveling west. On the grounds of Virginia Union University. Touch for map. Marker is at or near this postal address: 1500 North Lombardy Street, Richmond VA 23220, United States of America. Touch for directions.