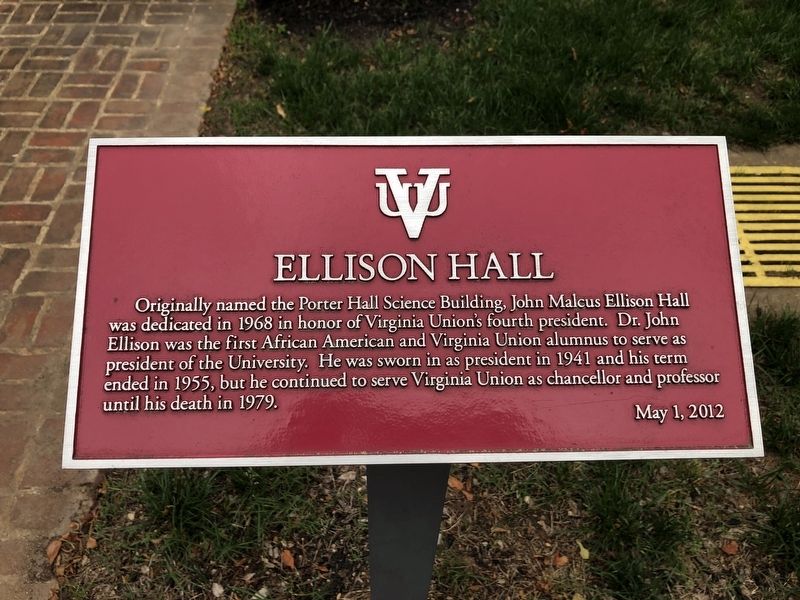 Originally named the Porter Hall Science Building, John Malcus Ellison Hall was dedicated in 1968 in honor of Virginia Union's fourth president. Dr. John Ellison was the first African American and Virginia Union alumnus to serve as president of the University. He was sworn in as president in 1941 and his term ended in 1955, but he continued to serve in Virginia Union as chancellor and professor until his death in 1979.

Topics and series. This historical marker is listed in these topic lists: African Americans • Education. In addition, it is included in the Historically Black Colleges and Universities series list. A significant historical year for this entry is 1968.

Location. 37° 33.67′ N, 77° 27.045′ W. Marker is in Richmond, Virginia. Marker can be reached from North Lombardy Street west of Brook Road, on the right when traveling west. On the grounds of Virginia Union University. Touch for map. Marker is at or near this postal address: 1500 North Lombardy Street, Richmond VA 23220, United States of America. Touch for directions. 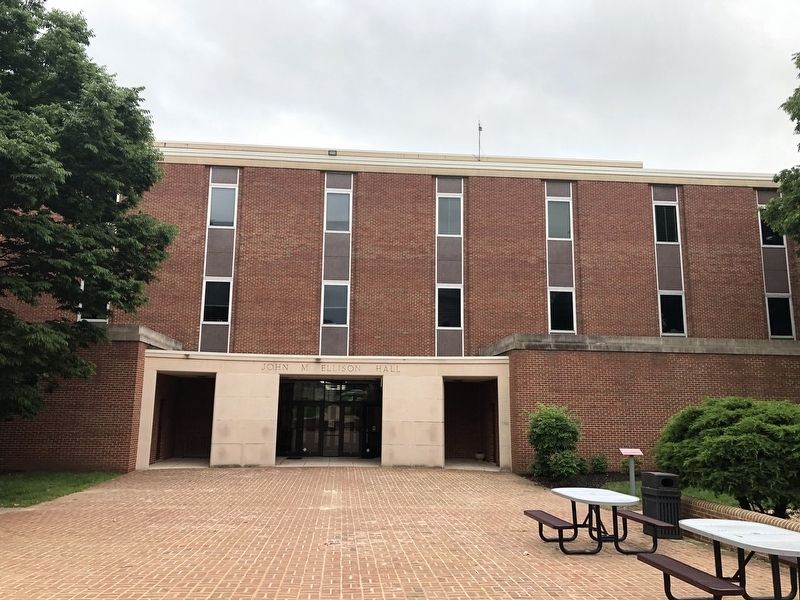