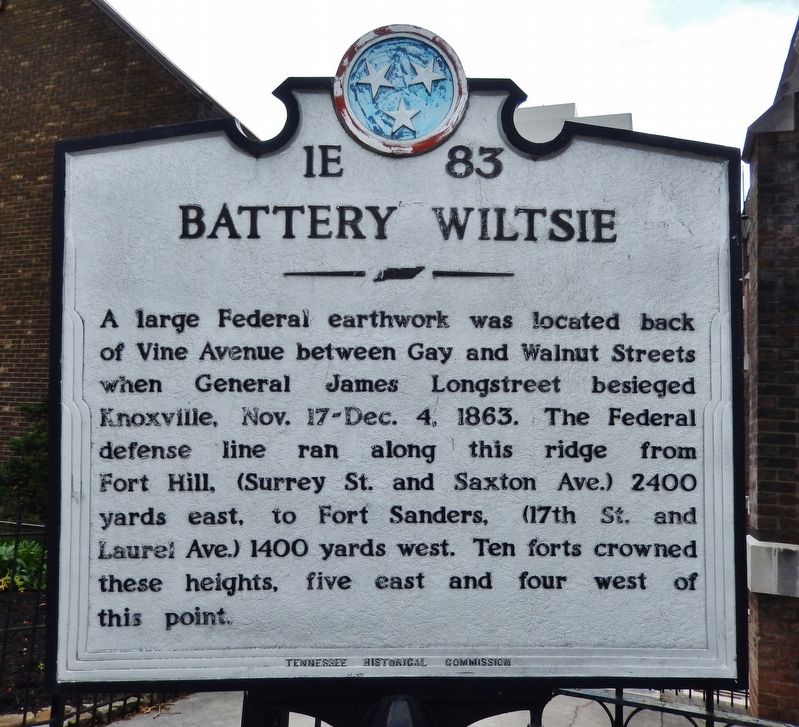 Topics. This historical marker is listed in these topic lists: Forts and Castles • War, US Civil. A significant historical year for this entry is 1863.

Location. 35° 58.027′ N, 83° 55.296′ W. Marker is in Knoxville, Tennessee, in Knox County. Marker is on West Vine Avenue east of Walnut Street, on the left when traveling west. Marker is located along the sidewalk, near the northeast corner of the Immaculate Conception of the Blessed Virgin Mary Catholic Church. Touch for map. Marker is at or near this postal address: 414 West Vine Avenue, Knoxville TN 37902, United States of America. Touch for directions.

Other nearby markers. At least 8 other markers are within walking distance of this marker. Father Abram J. Ryan (a few steps from this marker); Hubris Building 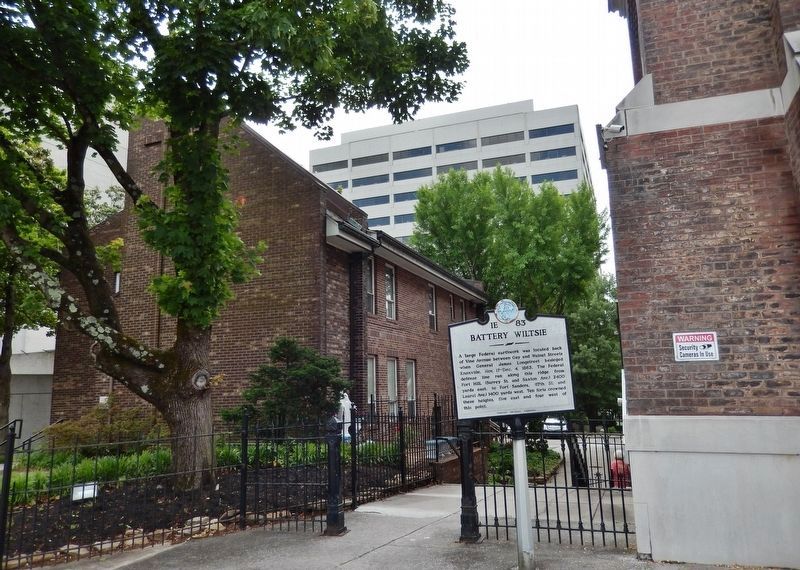 Related markers. Click here for a list of markers that are related to this marker. The 1863 Siege of Knoxville

Also see . . .
1. History of Battery Wiltsie. Battery Wiltsie was one of 20 named Union fortifications surrounding Knoxville, Tennessee (8 Forts and 12 Batteries) during the U.S. Civil War. The Battery was hastily established in 1863 to counter the Confederate threat to the city. Located west of Gay Street. Configured for eight gun platforms. Confederate forces attempted to capture the city in November-December 1863 and laid siege to the city. Large losses were sustained by Confederate forces who withdrew, lifting the siege. Battery Wiltsie was abandoned in 1865 at the end of the war. (Submitted on May 15, 2019, by Cosmos Mariner of Cape Canaveral, Florida.) 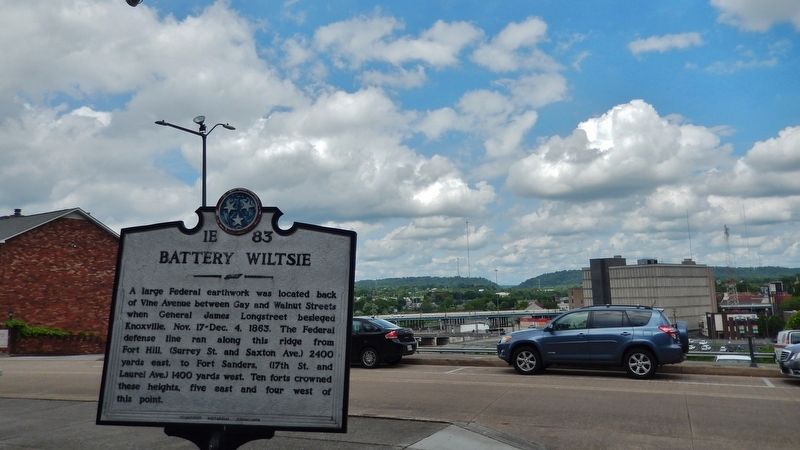 Photographed By Cosmos Mariner, May 10, 2019
3. Battery Wiltsie Marker (view from back side of marker looking across West Vine Avenue)

2. Battery Wiltsie. Named Battery Wiltsie in Government Order 37, 11 Dec 1863 (Army of the Ohio), after Captain Wendell D. Wiltsie, 20th Michigan Volunteer Infantry, who was mortally wounded during the siege and who died on 27 Nov 1863. (Submitted on June 19, 2019, by Cosmos Mariner of Cape Canaveral, Florida.) 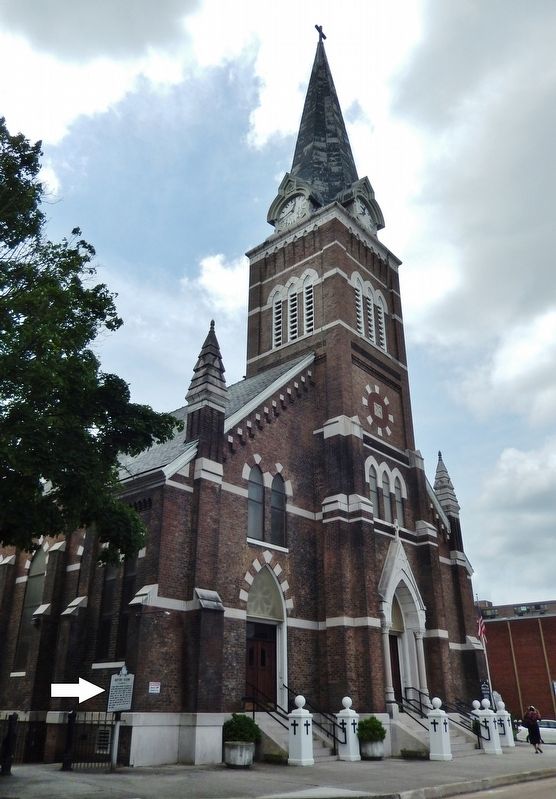