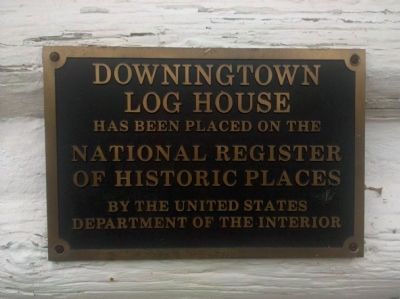 Erected by The United States Department of the Interior.

Location. 40° 0.387′ N, 75° 42.265′ W. Marker is in Downingtown, Pennsylvania, in Chester County. Marker is on East Lancaster Avenue, on the left when traveling east. Touch for map. Marker is in this post office area: Downingtown PA 19335, United States of America. Touch for directions. 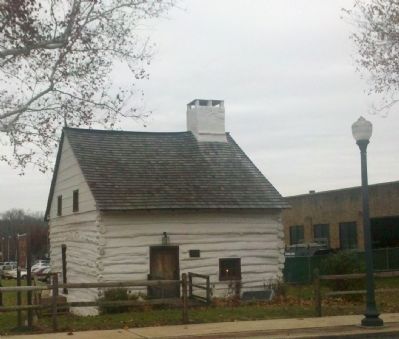 Additional commentary.
1. A Brief History of Downingtown:
Downingtown’s origins are of a small village located midway between Philadelphia and Lancaster. The village was first known as Milltown since it was the location of the last mills on the edge of the unsettled western frontier.
Around the time of the American Revolution, Milltown began being known as Downing’s Town. During the Revolution, the town was used as a location for storage of food supplies; a forage magazine was constructed in Downing’s Town to hold provisions for the troops. During the time of the Revolution, Richard Downing, son of Thomas, continued to operate and expand the family’s mill complex and the Downing family continued to prosper in the small village.
— Submitted January 22, 2012, by Keith S Smith of West Chester, Pennsylvania. 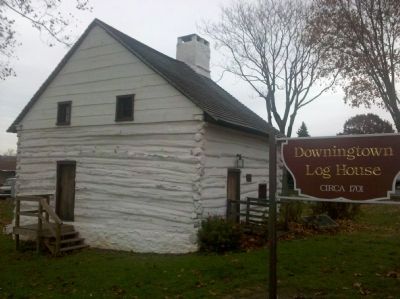 Photographed By Keith S Smith, November 15, 2011
3. The West Side of the Downingtown Log House 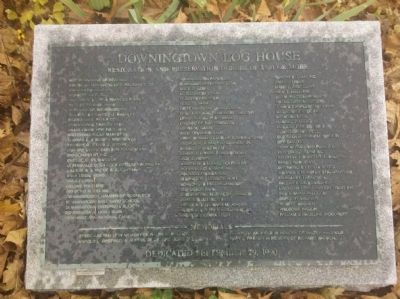 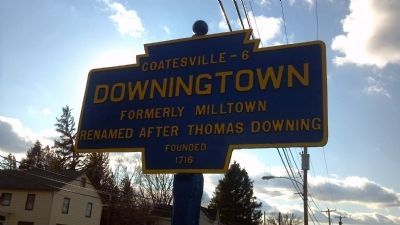