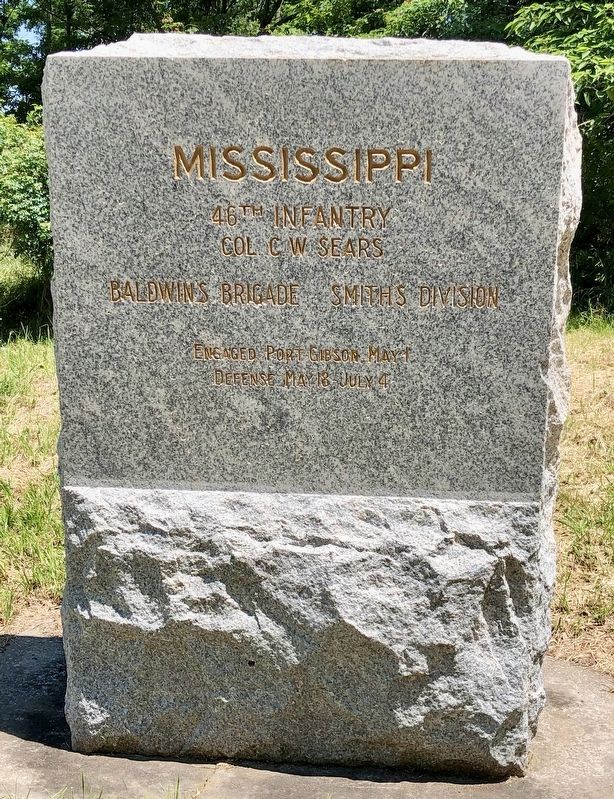 Topics. This memorial is listed in this topic list: War, US Civil. A significant day of the year for for this entry is May 1. 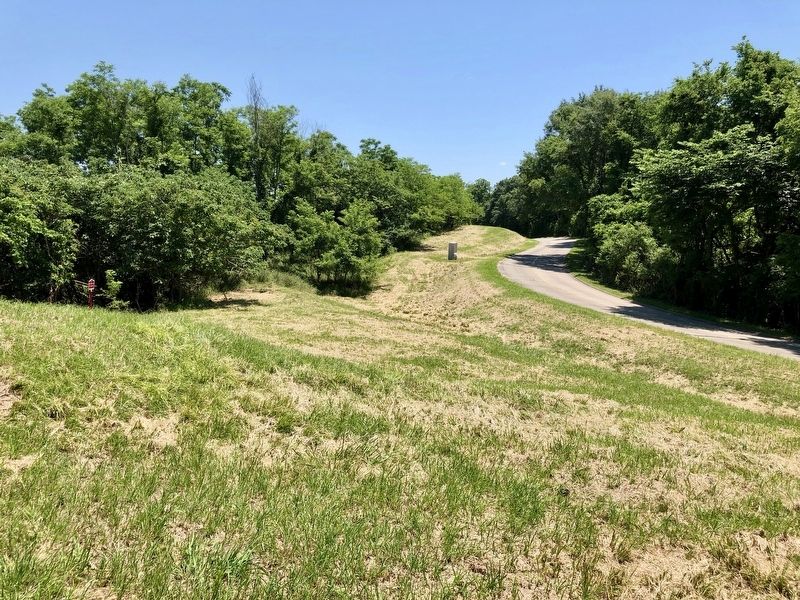 Photographed By Mark Hilton, May 15, 2019
2. Looking east towards the Mississippi 46th Infantry Marker.

Regarding Mississippi 46th Infantry. 46th Infantry Regiment was organized during the fall of 1862 by adding four companies to the six-company 6th (Balfour's) Mississippi Infantry Battalion. In February, 1863, it totalled 407 effectives and served in S.D. Lee's and Baldwin's Brigade in the Department of Mississippi and East Louisiana. The unit participated in the long Vicksburg siege and was captured on July 4, 1863. After the exchange it was assigned to General Baldwin's, Tucker's, and Sears' Brigade. It fought in the Atlanta Campaign, endured Hood's winter operations in Tennessee, and shared in the defense of Mobile. The regiment had 1 wounded at Chickasaw Bayou and during the Atlanta operations, May 18 to September 5, reported 23 killed, 68 wounded, and 37 missing. It lost 1 killed, 13 wounded, and 16 missing at Allatoona and had many disabled at Franklin. Only a remnant surrendered in May, 1865. The field officers were Colonels William H. Clark and Claudius W. Sears, Lieutenant Colonel William K. Easterling, and Major Constantine Rea.
Credits. This page was last revised on January 6, 2020. It was originally submitted on May 23, 2019, by Mark Hilton of Montgomery, Alabama. This page has been viewed 121 times since then and 16 times this year. Photos:   1, 2. submitted on May 23, 2019, by Mark Hilton of Montgomery, Alabama.
Share this page.