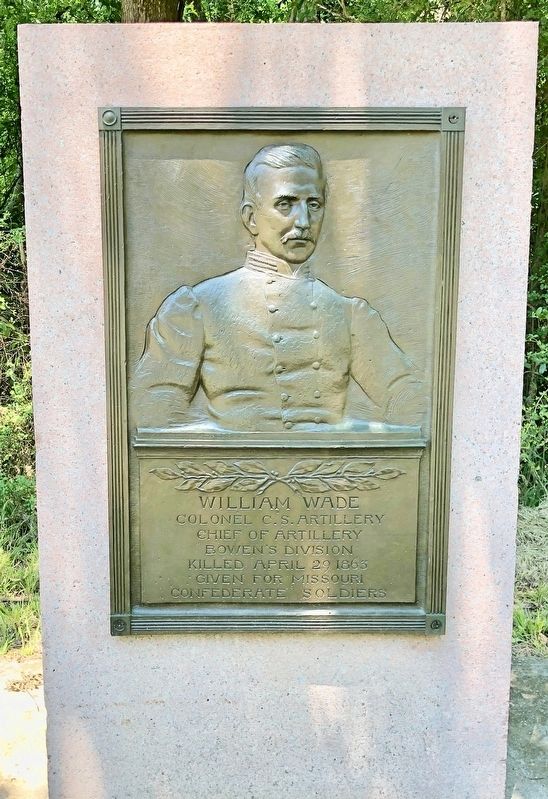 By Mark Hilton, May 15, 2019
1. William Wade Marker
The sculptor was Frank E. Elwell, the cost of the bromze was $300. Manufactured by the Missouri Red Granite Co.
Inscription.
William Wade. .
Col. C.S. Artillery Bowen's Division Killed April 29 1863 Given for Missouri Confederate Soldier. . This memorial was erected in 1911. It is in Vicksburg National Military Park in Warren County Mississippi 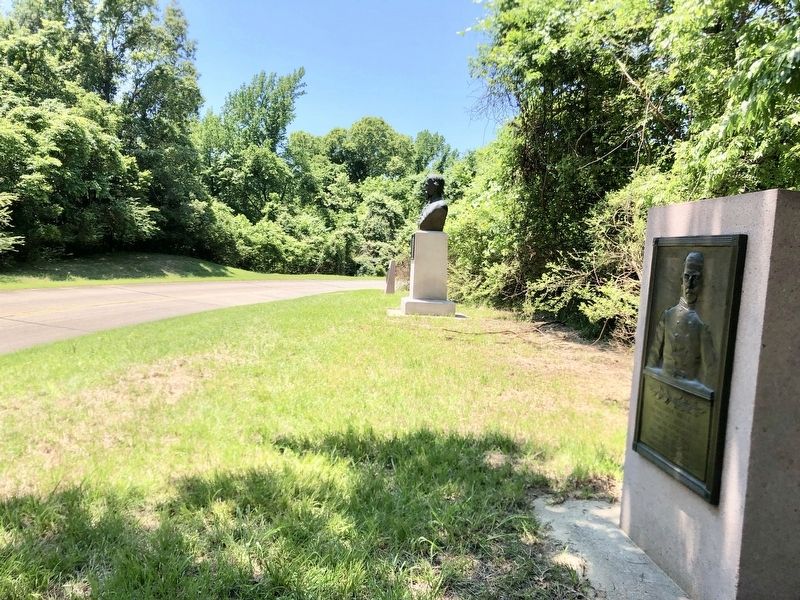