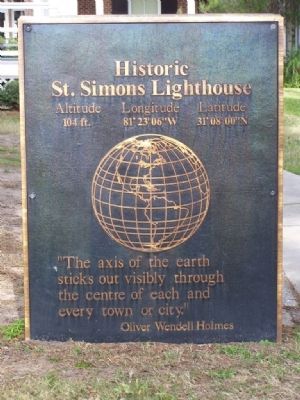 Topics and series. This historical marker is listed in these topic lists: Landmarks • Notable Buildings • Notable Places • Waterways & Vessels. In addition, it is included in the Lighthouses series list. 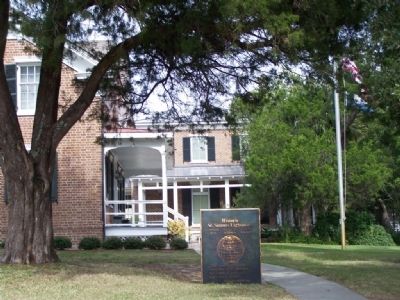 Regarding Historic St. Simons Lighthouse. The first lighthouse was built in 1810 on the site of Oglethorpe's Fort St. Simons. This original structure was destroyed in 1861 as the Confederate Army retreated from Union invaders. A new lighthouse and the lightkeeper's cottage were built by Charles B. Clusky in 1872. In 1950 the last keeper retired, but the beacon is still operated by the U.S. Coast Guard. This is one of the nation's oldest continuously working lighthouses and one of the most accessible, located near the Pier Village and Neptune Park.

Also see . . .  The Ghost of the St. Simons Lighthouse, by Dale Cox. The St. Simons Island Lighthouse has stood on the Georgia coast since 1872 when it was constructed by the U.S. government to replace one destroyed during the Civil War. Only eight years later, however, 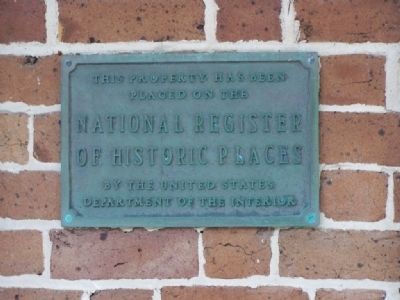 Photographed By Mike Stroud, 2008
3. Historic St. Simons Lighthouse
This property has been placed on the National Register Of Historic Places by The United States Department of the Interior
a violent episode occurred here that is reverberated through the years and developed into one of the South’s most well-known ghost stories. (Submitted on January 21, 2013, by Mike Stroud of Bluffton, South Carolina.)

Additional commentary.
1. National Register of Historic Places:
Original structure
The original St. Simons Island lighthouse was built in 1810, which was a 75-foot-tall (23 m) early federal octagonal lighthouse topped by a 10-foot (3.0 m) oil-burning lamp. During the American Civil War, U.S. military forces employed a Naval blockade of the coast. An invasion by Union troops in 1862 forced Confederate soldiers to abandon the area. The retreating troops destroyed the lighthouse to prevent it from being an aid to the navigation of Union warships.

Current structure
The U.S. government constructed a new lighthouse to replace the original, building it to the west of the original's location. It is a 104-foot (32 m) brick structure completed in 1872 and was outfitted with a third-order, biconvex Fresnel lens. The lens is one of only 70 such lenses that remain operational in the United States. Sixteen of those are in use on the Great Lakes of which eight are in Michigan. The rotating lens projects four beams of light, 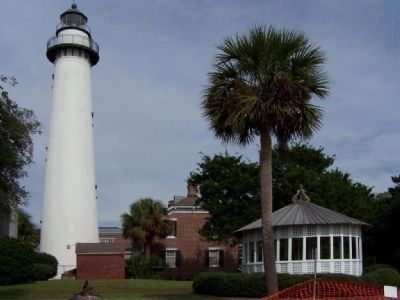 Photographed By Mike Stroud, 2008
4. Historic St. Simons Lighthouse
Oil House seen at base of "Tabby" construction Lighthouse
with one strong flash every 60 seconds. A cast iron spiral stairway with 129 steps leads to the galley. In 1876 the lighthouse was overhauled. In 1934 the kerosene-burning lamp was replaced by a 1000-watt electrical light. In 1939 the lighthouse was placed under the jurisdiction of the US Coast Guard. About 1953 the lighthouse was fully automated. The tower underwent restoration in 1989-91 and again in 1997-98. In 2004, ownership of the lighthouse was transferred to the Coastal Georgia Historical Society under the National Historic Lighthouse Preservation Act.

The two-story Victorian light keeper's residence, located at the base of the lighthouse, has been converted into a museum. For a fee, the public can tour the museum, and climb to the top of the lighthouse for a view of St. Simons Sound and the surrounding area.

The St. Simons Lighthouse, along with the northernmost water tower on Jekyll Island, creates the demarcation
line that separates St. Simons Sound from the Atlantic Ocean.

The lighthouse is a picturesque and beloved symbol of St. Simons Island, and Glynn County, GA. It is the subject of many paintings and other artistic renderings.
— Submitted January 31, 2012, by Mike Stroud of Bluffton, South Carolina. 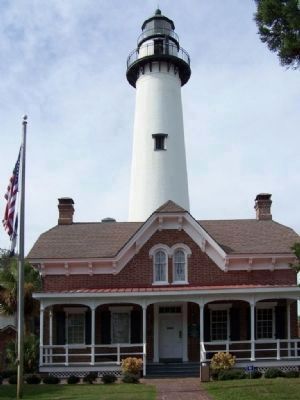 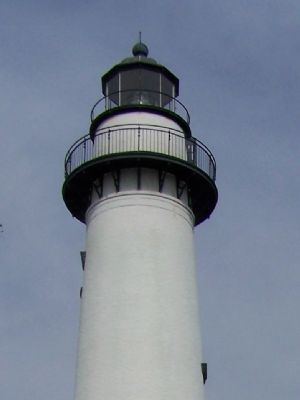 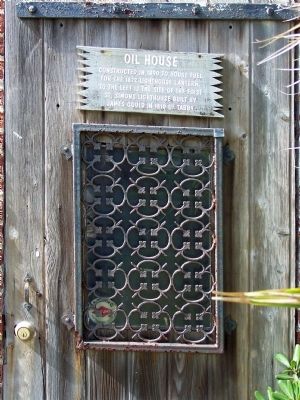 Photographed By Mike Stroud, November 2, 2008
7. Oil House
Constructed in 1890 to house fuel for the 1872 lighthouse lantern. To the left is the site of the first St. Simons lighthouse built by James Gould in 1810 of tabby. 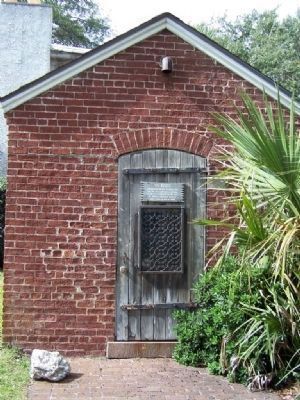