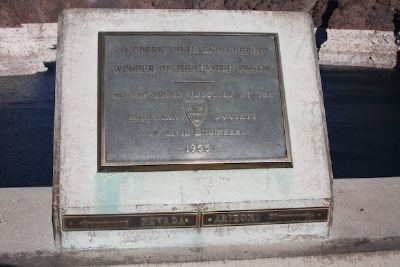 By R. E. Smith, November 3, 2007
1. Hoover Dam Marker
Inscription.
Hoover Dam. .
A modern civil engineering wonder of the United States One of seven selected by the American Society of Civil Engineers 1955. . This historical marker is Near Boulder City in Clark County Nevada

Topics and series. This historical marker is listed in these topic lists: Charity & Public Work • Waterways & Vessels. In addition, it is included in the Historic Civil Engineering Landmarks, and the National Historic Landmarks series lists. A significant historical year for this entry is 1955. 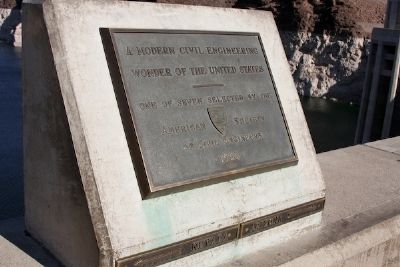 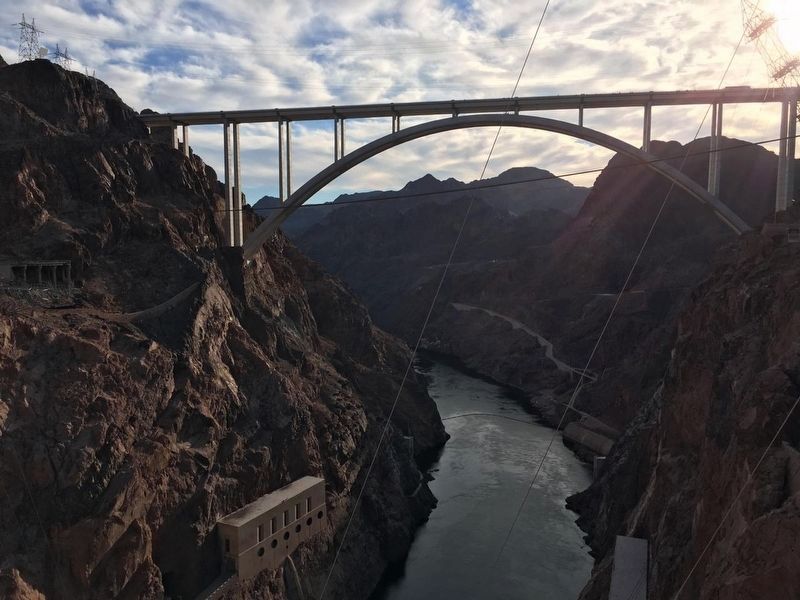