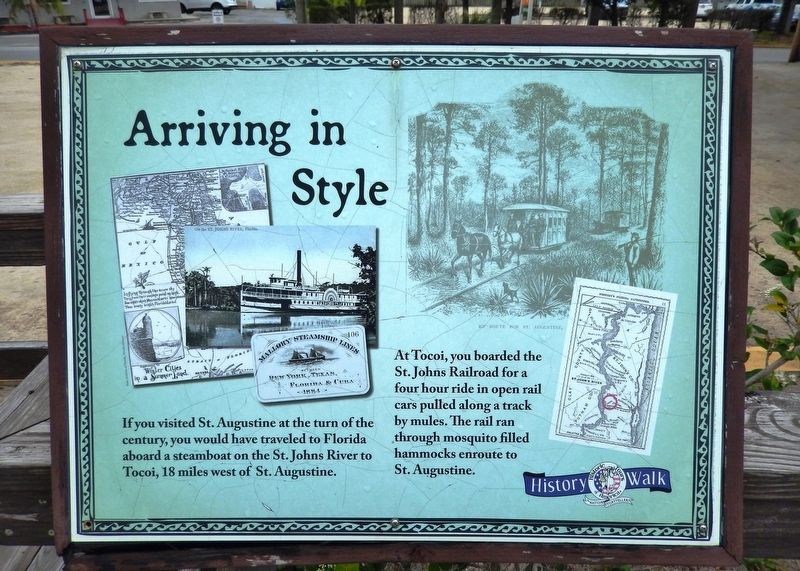 If you visited St. Augustine at the turn of the century, you would have traveled to Florida aboard a steamboat on the St. Johns River to Tocoi, 18 miles west of St. Augustine.

At Tocoi, you boarded the St. Johns Railroad for a four hour ride in open rail cars pulled along a track by mules. The rail ran through mosquito filled hammocks enroute to St. Augustine.

Erected by Historic Tours of America.

Location. 29° 54.504′ N, 81° 19.164′ W. Marker is in St. Augustine, Florida, in St. Johns County. Marker can be reached from San Marco Avenue (Florida Highway A1A) (Business U.S. 1) south of Dufferin Street, on the right when traveling north. Marker is located along the "History Walk" at the north end of the St. Augustine History Museum parking lot. Touch for map. Marker is at or near this postal address: 167 San Marco Avenue, Saint Augustine FL 32084, United States of America. Touch for directions.

Other nearby markers. At least 8 other markers are within walking distance of this marker. Up in Smoke (here, next to this marker); Viva Cuba! 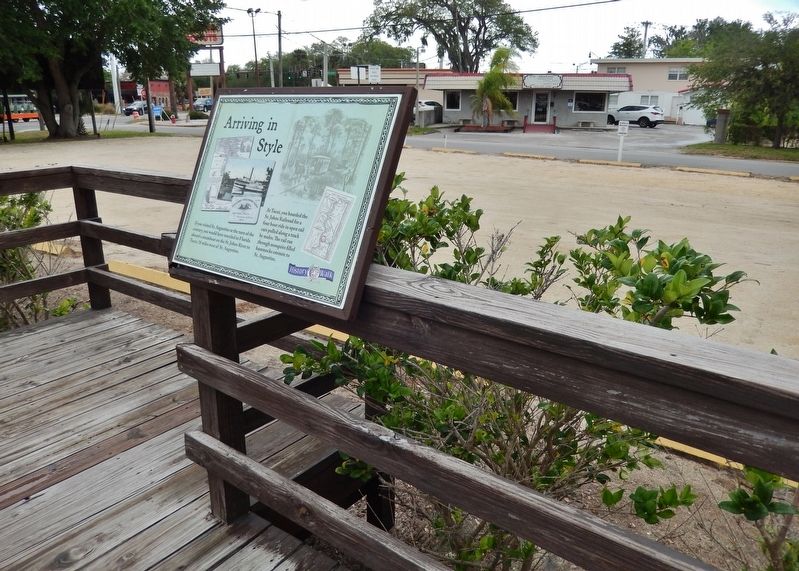