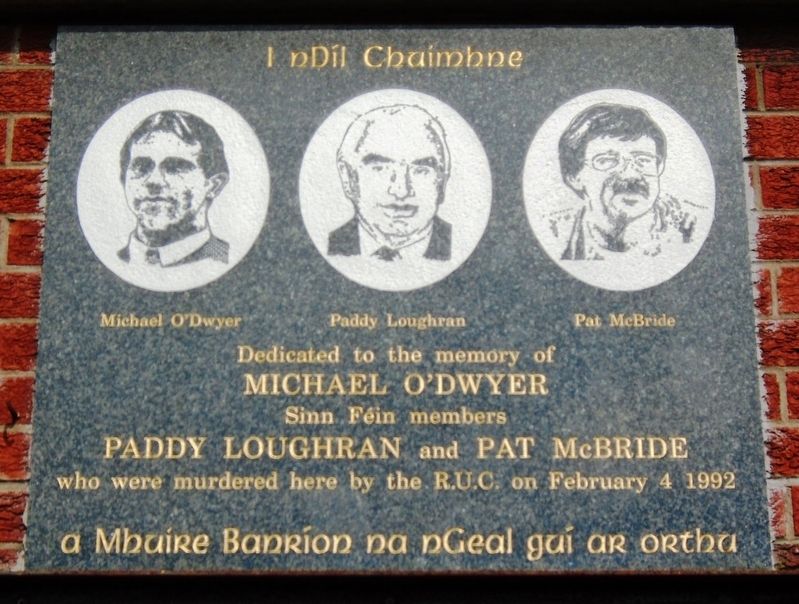 a Mhuire Banríon na nGeal guí ar orthu [Our Lady Queen of the Celts pray on them]. . This memorial was erected by Sinn Féin. It is in Belfast Northern Ireland United Kingdom

Dedicated to the memory of
Michael O'Dwyer
Sinn Féin members
Paddy Loughran and Pat McBride
who were murdered here by the R.U.C. on February 4 1992 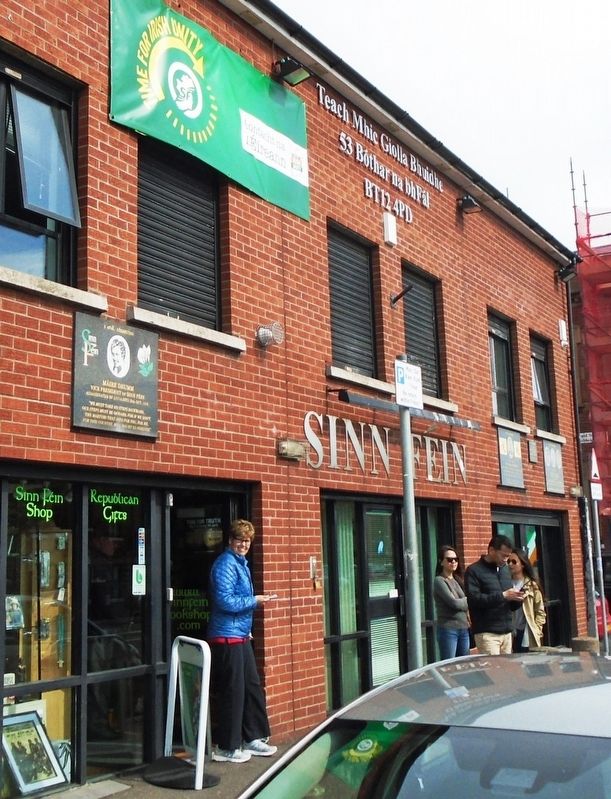