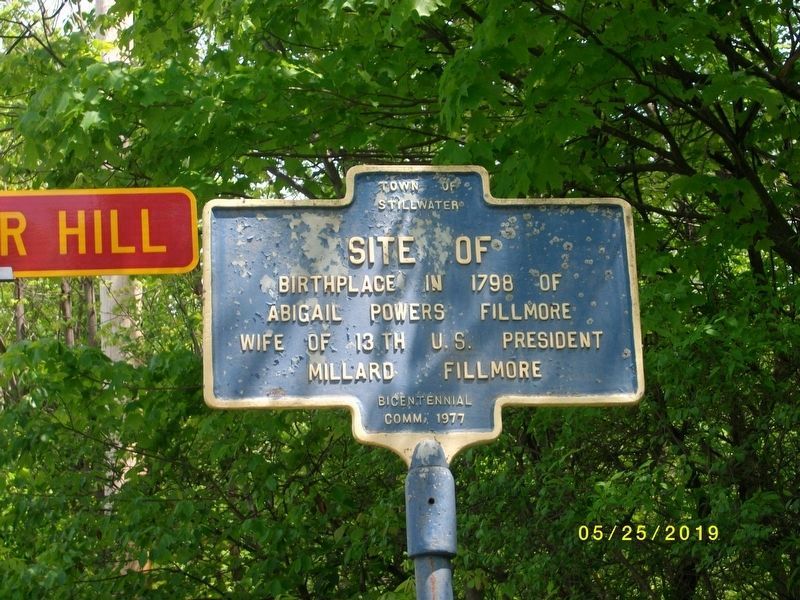 Site of Birthplace in 1798 of Abigail Powers Fillmore wife of the 13th U.S. President Millard Fillmore

Topics and series. This historical marker is listed in this topic list: Women. In addition, it is included in the Former U.S. Presidents: #13 Millard Fillmore series list. A significant historical year for this entry is 1798.

Click or scan to see
this page online
(approx. 1.3 miles away); Asa Chatfield Farm (approx. 1.4 miles away). Touch for a list and map of all markers in Stillwater.