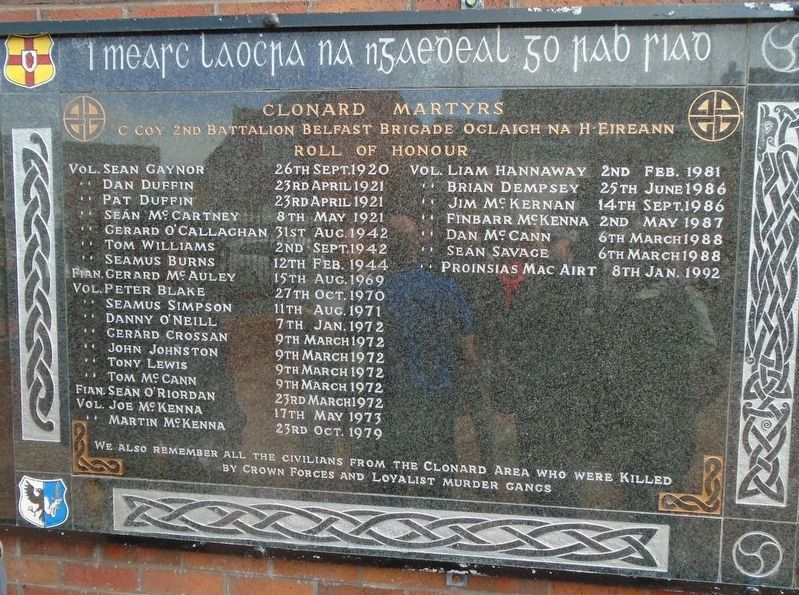 We also remember the civilians from the Clonard Area who were killed by Crown Forces and Loyalist murder gangs. . This memorial was erected in 2001 by Greater Clonard Ex-Prisoners' Association. It is in Belfast Northern Ireland United Kingdom 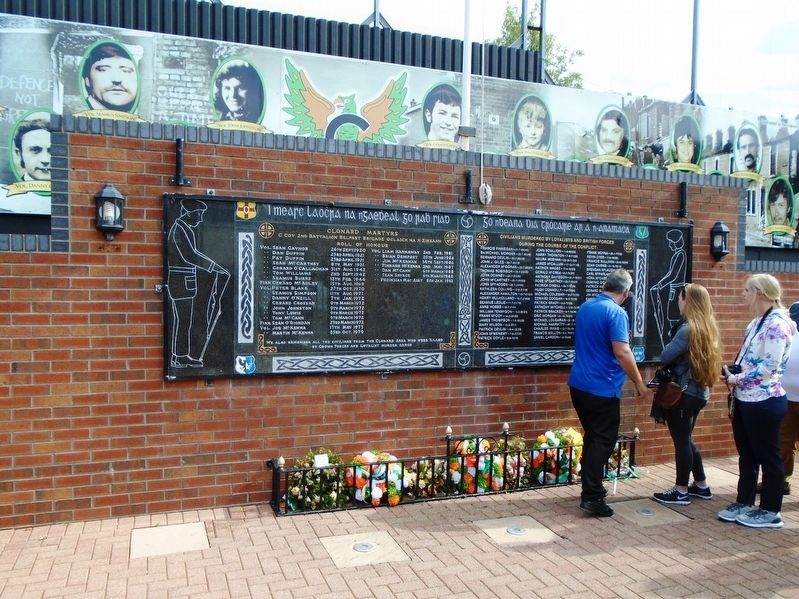 Location. 54° 36.075′ N, 5° 57.459′ W. Marker is in Belfast, Northern Ireland. Memorial is on Bombay Street just east of Clonard Gardens, on the left when traveling east. Memorial is part of the Clonard Martyrs Memorial Garden (
Share this page.