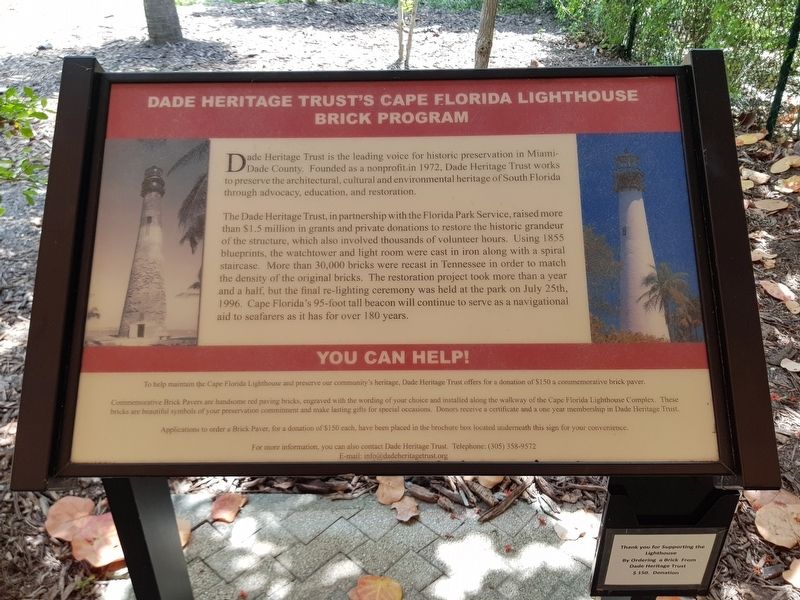 The Dade Heritage Trust, in partnership with the Florida Park Service, raised more than $1.5 million in grants and private donations to restore the historic grandeur of the structure, which also involved thousands of volunteer hours. Using 1855 blueprints, the watchtower and light room were cast in iron along with a spiral staircase. More than 30,000 bricks were recast in Tennessee in order to match the density of the original bricks. The restoration project took more than a year and a half, but the final re-lighting ceremony was held at the park on July 25th 1996. Cape Florida's 95-foot tall beacon will continue to serve as a navigational aid to seafarers as it has for over 180 years.

You can help!
To help maintain the Cape Florida Lighthouse and preserve our community's 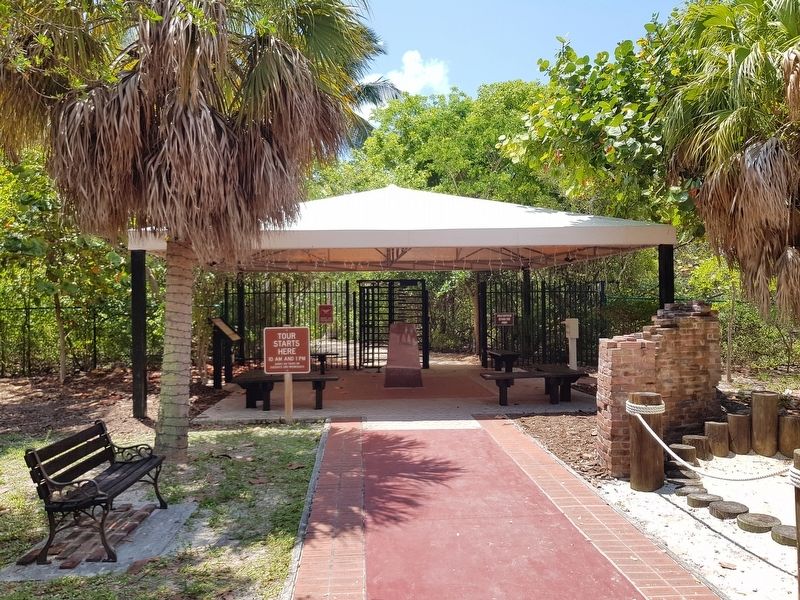 Click or scan to see
this page online
heritage, Dade Heritage Trust offers for a donation of $150 a commemorative brick paver. Commemorative Brick Pavers are handsome red paving bricks, engraved with the wording of your choice and installed along the walkway of the Cape Florida Lighthouse Complex. These bricks are beautiful symbols of your preservation commitment and make lasting gifts for special occasions. Donors receive a certificate and a one year membership in Dade Heritage Trust. Applications to order a Brick Paver, for a donation of $150 each, have been placed in the brochure box located underneath this sign for your convenience. For more information, you can also contact Dade Heritage Trust. Telephone: (305) 358-9572
E-mail: info@dadeheritagetrust.org

Topics and series. This historical marker is listed in these topic lists: Communications • Education • Parks & Recreational Areas • Waterways & Vessels. In addition, it is included in the Lighthouses series list. A significant historical date for this entry is July 25, 1996. 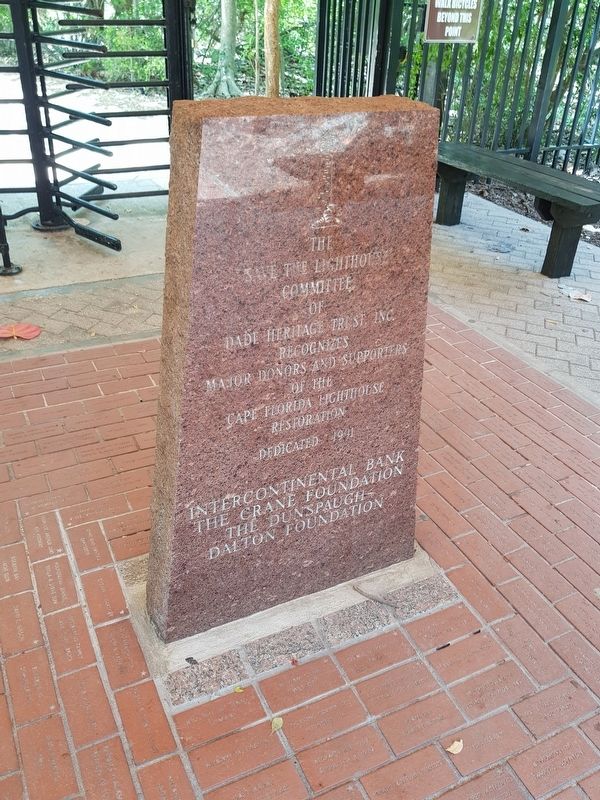