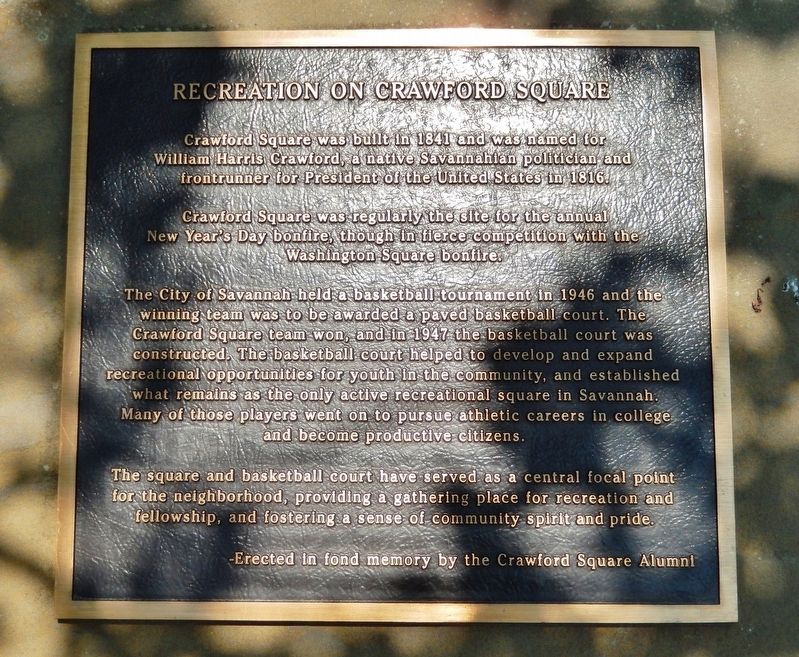 Crawford Square was built in 1841 and was named for William Harris Crawford, a native Savannahian politician and frontrunner for President of the United States in 1816.

Crawford Square was regularly the site for the annual New Year’s Day bonfire, though in fierce competition with the Washington Square bonfire.

The City of Savannah held a basketball tournament in 1946 and the winning team was to be awarded a paved basketball court. The Crawford Square team won, and in 1947 the basketball court was constructed. The basketball court helped to develop and expand recreational opportunities for youth in the community, and established what remains as the only active recreational square in Savannah. Many of those players went on to pursue athletic careers in college and become productive citizens.

The square and basketball court have served as a central focal point for the neighborhood, providing a gathering place for recreation and fellowship, and fostering a sense of community spirit and pride.

-Erected in fond memory by the Crawford Square Alumni 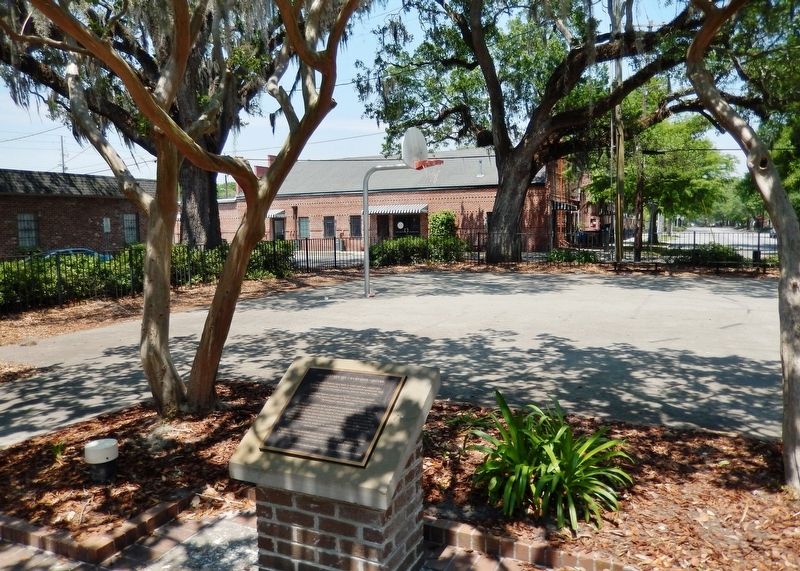 Topics. This historical marker is listed in these topic lists: Parks & Recreational Areas • Sports. A significant historical year for this entry is 1947.

Location. 32° 4.456′ N, 81° 5.219′ W. Marker is in Savannah, Georgia, in Chatham County. Marker can be reached from the intersection of Houston Street and East Mc Donough Street, on the left when traveling south. Marker is located near the center of Savannah's Crawford Square, on the north side of the gazebo. Touch for map. Marker is in this post office area: Savannah GA 31401, United States of America. Touch for directions. 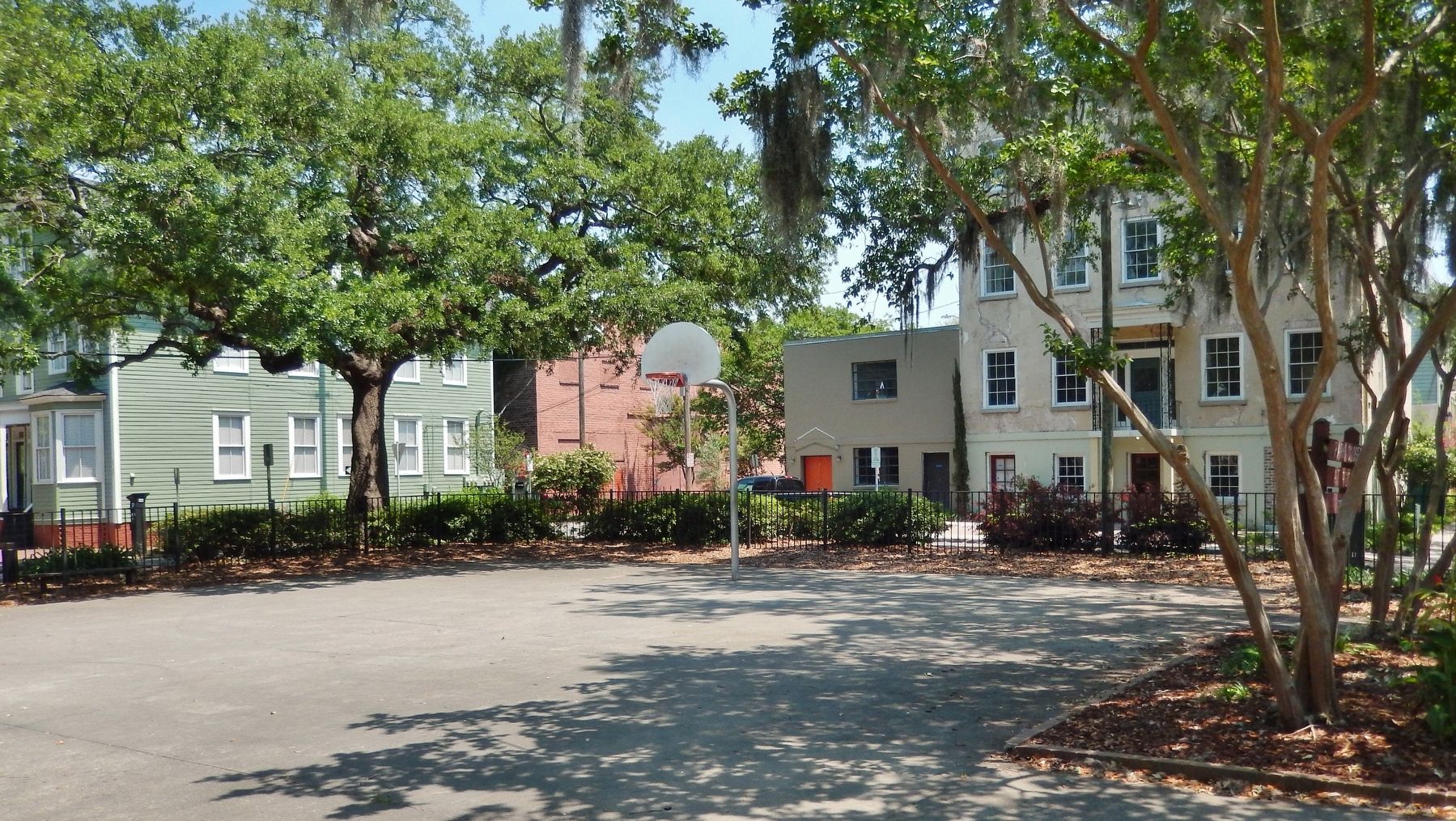