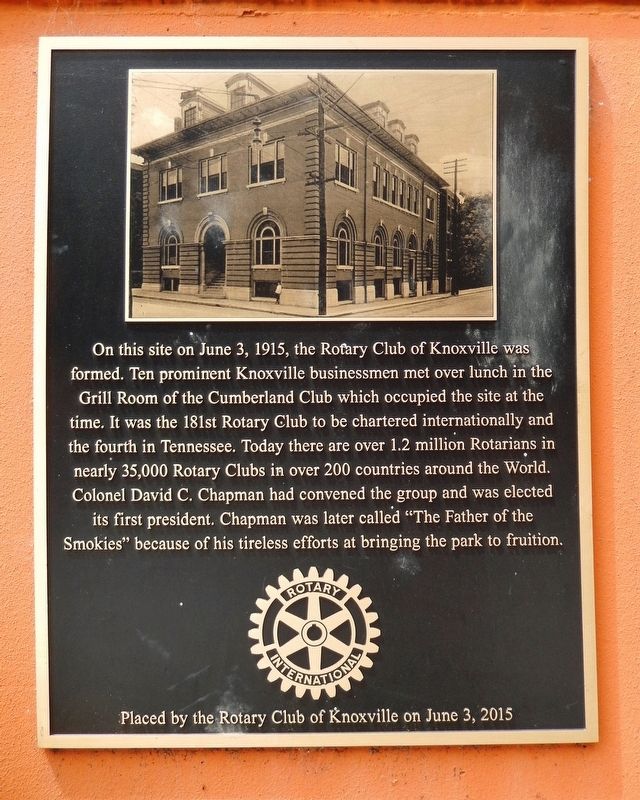 On this site on June 3, 1915, the Rotary Club of Knoxville was formed. Ten prominent Knoxville businessmen met over lunch in the Grill Room of the Cumberland Club which occupied the site at the time. It was the 181st Rotary Club to be chartered internationally and the fourth in Tennessee. Today there are over 1.2 million Rotarians in nearly 35,000 Rotary Clubs in over 200 countries around the World. Colonel David C. Chapman had convened the group and was elected its first president. Chapman was later called "The Father of the Smokies" because of his tireless efforts at bringing the park to fruition.

Placed by the Rotary Club of Knoxville on June 3, 2015

Erected 2015 by Rotary Club of Knoxville.

Topics and series. This historical marker is listed in these topic lists: Charity & Public Work • Fraternal or Sororal Organizations • Parks & Recreational Areas. In addition, it is included in the Rotary International series list. A significant historical date for this entry is June 3, 1915. 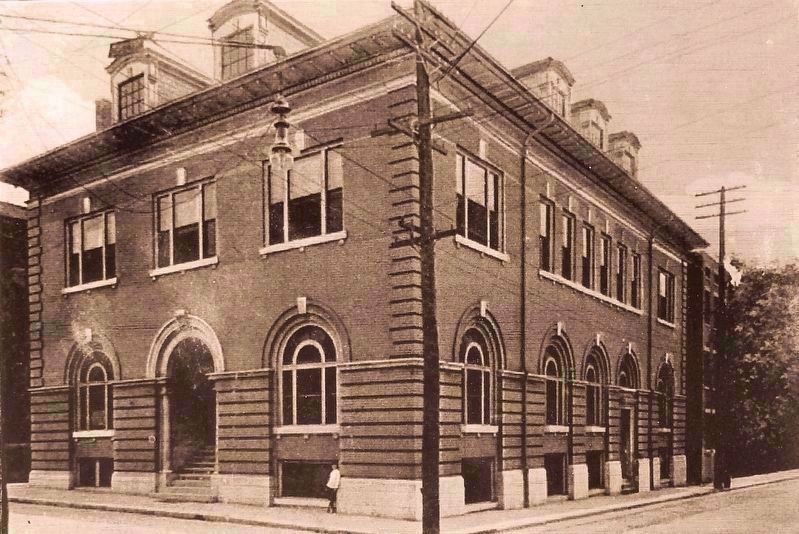 Click or scan to see
this page online
W. Marker is in Knoxville, Tennessee, in Knox County. Marker is on Walnut Street south of Clinch Avenue, on the left when traveling north. Marker is located near the sidewalk, mounted at eye-level on the east wall of the parking garage at this address. Touch for map. Marker is at or near this postal address: 500 Clinch Avenue, Knoxville TN 37902, United States of America. Touch for directions.

Also see . . .  Rotary Club of Knoxville History. The club's earliest members included several of the visionaries responsible for the concept of our nation's most visited national park. In 1923, RCK member Willis Davis and his wife returned from visiting national parks in the Western United States asking, "Why not have a park in our mountains?" This idea inspired Col. David C. Chapman, the club's first president, and several other Knoxville Rotarians to create the Great Smoky Mountains Conservation Association which had a significant influence in the establishment of the Great Smoky Mountains National Park. (Submitted on June 6, 2019, by Cosmos Mariner of Cape Canaveral, Florida.) 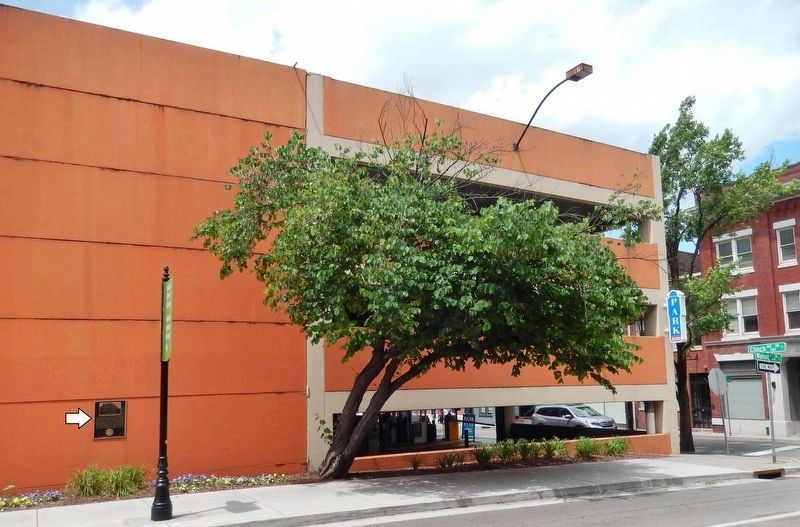