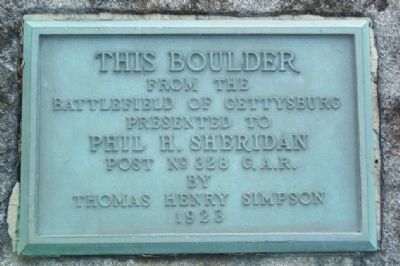 This boulder
from the
Battlefield of Gettysburg
presented to
Phil H. Sheridan
Post No 328 G.A.R.
by
Thomas Henry Simpson 1923

Topics. This historical marker is listed in this topic list: War, US Civil. A significant historical year for this entry is 1923.

Location. 39° 38.937′ N, 81° 51.715′ W. Marker is in Malta, Ohio, in Morgan County. Marker can be reached from the intersection of Main Street and 5th Street, on the right when traveling south. Boulder is in front of the Malta town hall. Touch for map. Marker is in this post office area: Malta OH 43758, United States of America. Touch for directions. 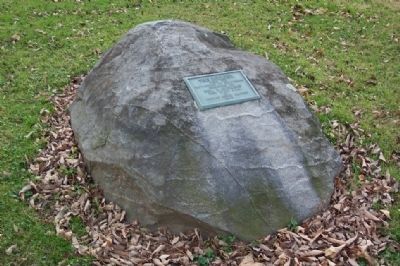 Click or scan to see
this page online
distance of this marker); J. Frank Demster Memorial Park (about 400 feet away, measured in a direct line); Goins Field (approx. 0.2 miles away). Touch for a list and map of all markers in Malta. 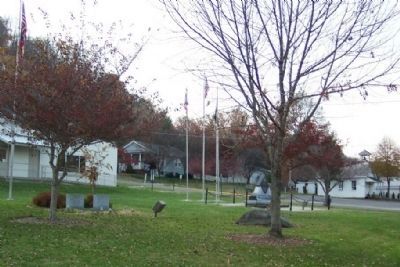