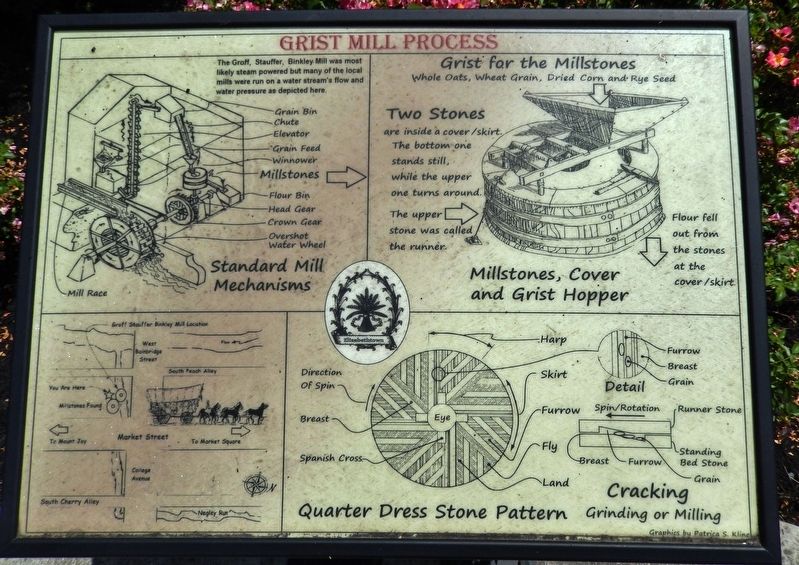 The Groff, Stauffer, Binkley Mill was most likely steam powered but many of the local mills were run on a water stream's flow and water pressure as depicted here.

Two Stones are inside a cover skirt. The bottom one stands still, while the upper one turns around. The upper stone is called the runner.

Flour fell out from the stones at the cover skirt.

Location. 40° 8.799′ N, 76° 36.19′ W. Marker is in Elizabethtown, Pennsylvania, in Lancaster County. Marker is at the intersection of West Bainbridge Street and South Market Street (State 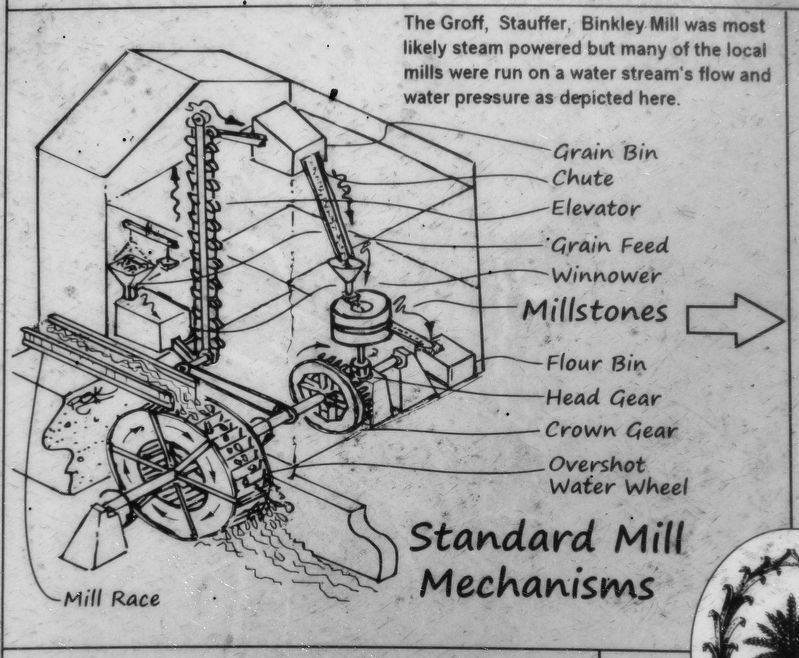 Click or scan to see
this page online
Highway 743), on the right when traveling east on West Bainbridge Street. Marker is located in an interpretive plaza at the southwest corner of the intersection. Touch for map. Marker is at or near this postal address: 406 South Market Street, Elizabethtown PA 17022, United States of America. Touch for directions.

Related markers. Click here for a list of markers that are related to this marker. Elizabethtown Millstone Plaza History

Also see . . .
1. The Grist Milling Process. After the American Revolution, the milling of flour grew to be Pennsylvania's most important export industry. The heart of a grist mill was its grinding stones. Millstones were made of ordinary granite or sandstone, quarried in full-size chunks. Each member of the pair had to be furrowed. The runner stone had furrows cut on the bottom and the bed stone had patterns cut on the top. Stones varied in size from four to six feet in diameter and weighed as much 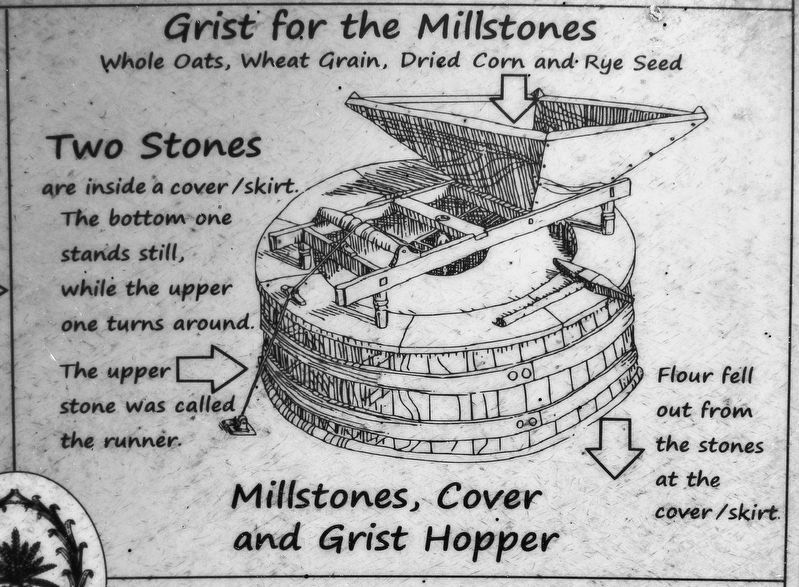 2. Gristmill (Wikipedia). Farmers brought their own grain and received back ground meal or flour, minus a percentage called the "miller's toll." Early mills were almost always built and supported by farming communities and the miller received the "miller's toll" in lieu of wages. Most towns and villages had their own mill so that local farmers could easily transport their grain there to be milled. (Submitted on June 12, 2019, by Cosmos Mariner of Cape Canaveral, Florida.) 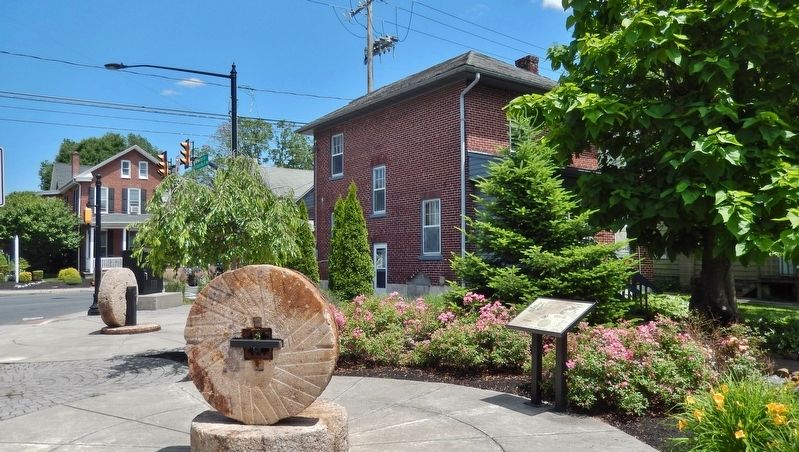