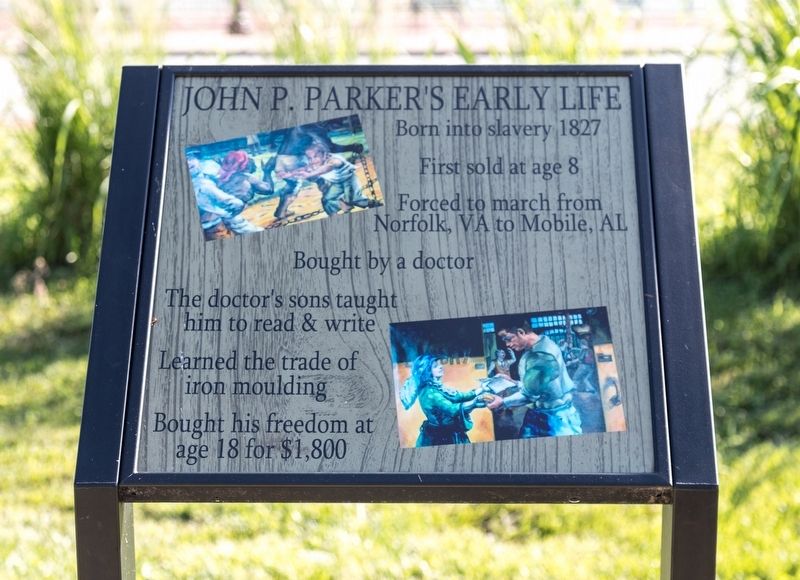 • Born into slavery 1827
• First sold at age 8
• Forced to march from Norfolk Virginia to Mobile Alabama
• Bought by a doctor
• The doctor’s sons taught him to read and write
• Learned the trade of iron moulding
• Bought his freedom at age 18 for $1,800

Topics. This historical marker is listed in these topic lists: African Americans • Education • Industry & Commerce • Science & Medicine. A significant historical year for this entry is 1837. 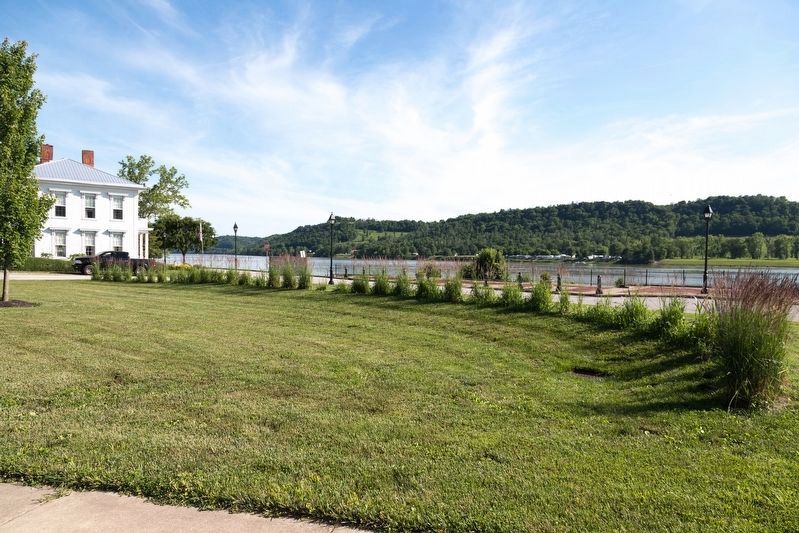 Photographed By J. J. Prats, June 11, 2019
2. View from near this Interpretive Panel
The Ohio River and Kentucky is in the distance.

More about this marker. This interpretive panel has two images of paintings. The first depicts a young slave boy reaching for his mother in vain as he is taken away in chains. The second, a young man purchasing his freedom.