“I’m Either a Lawyer or I’m Not. Don’t Drag Being a Woman Into It.”

Wall Street of the Rockies 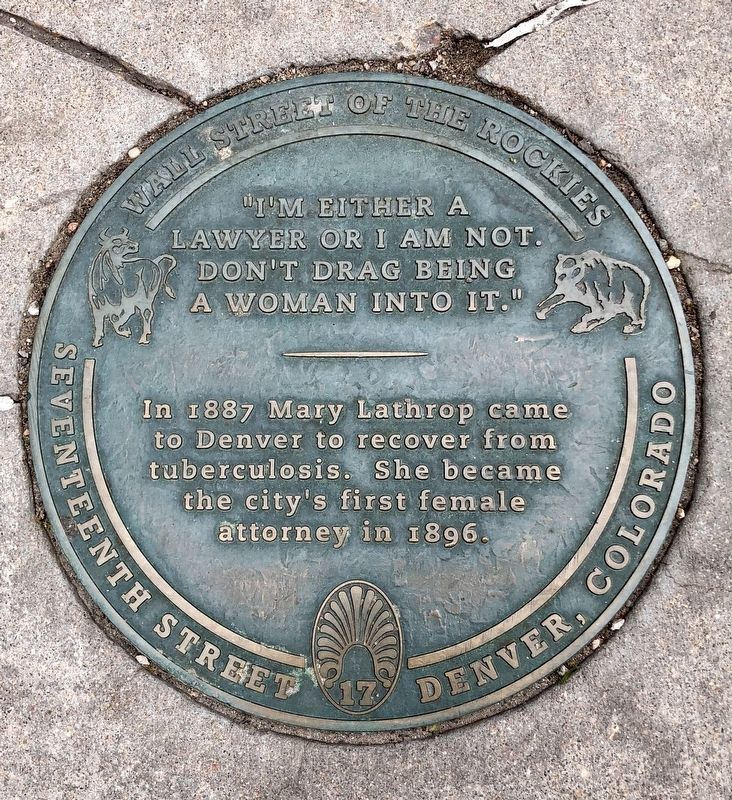 In 1887, Mary Lathrop came to Denver to recover from tuberculosis. She became the city’s first female attorney in 1896.

Topics and series. This historical marker is listed in these topic lists: Science & Medicine • Women. In addition, it is included in the Colorado, Denver, Wall Street of the Rockies series list. A significant historical year for this entry is 1887. 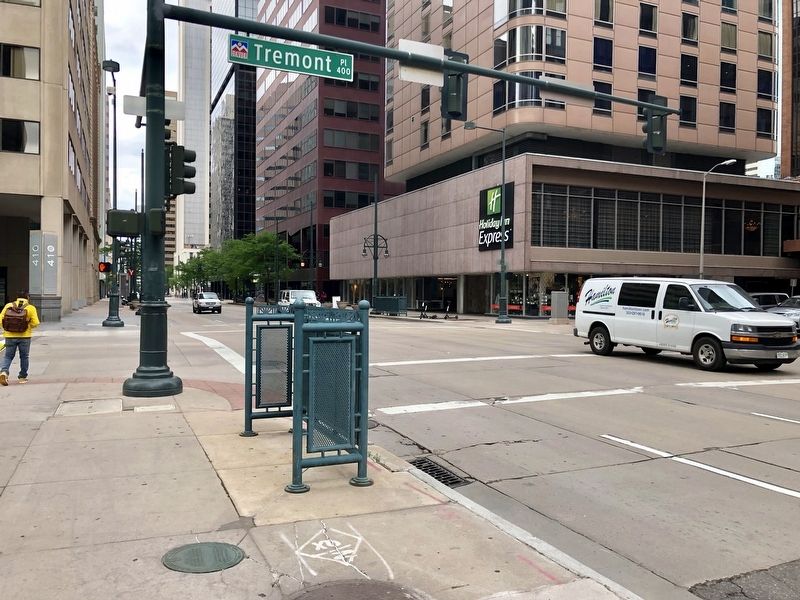