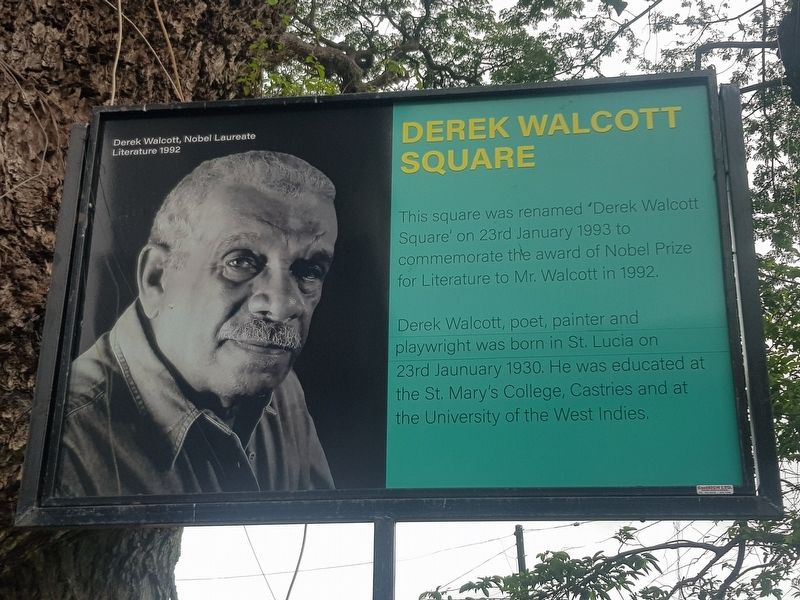 Derek Walcott, poet, painter and playwright was born in St. Lucia on 23rd Jaunuary 1930. He was educated at the St. Mary's College, Castries and at the University of the West Indies.

Topics. This historical marker is listed in these topic lists: Arts, Letters, Music • Parks & Recreational Areas. A significant historical date for this entry is January 23, 1993. 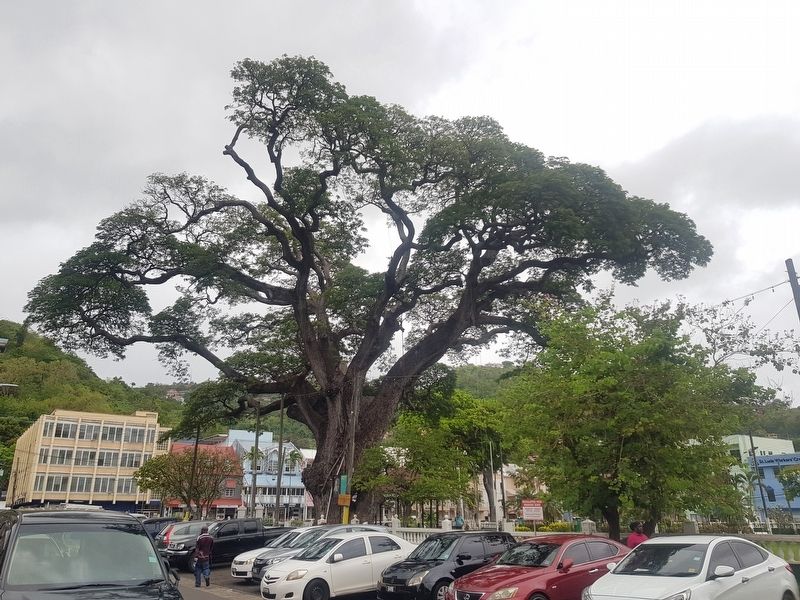 Photographed By J. Makali Bruton, June 12, 2019
2. Derek Walcott Square Marker
The marker can be seen here at the base of the 'ma sav' tree (Lucian creole for "I don't know"). 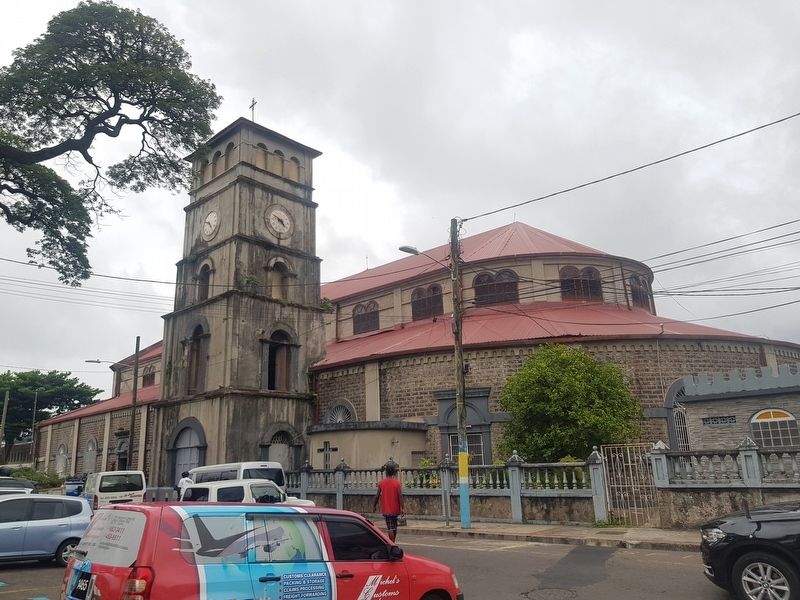 Photographed By J. Makali Bruton, June 12, 2019
3. The Cathedral Basilica of the Immaculate Conception, a few steps from Derek Walcott Square 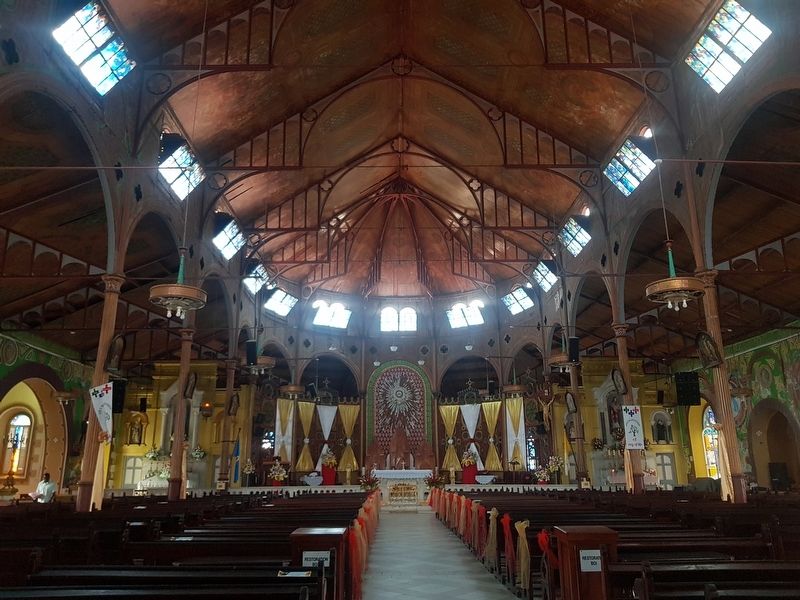