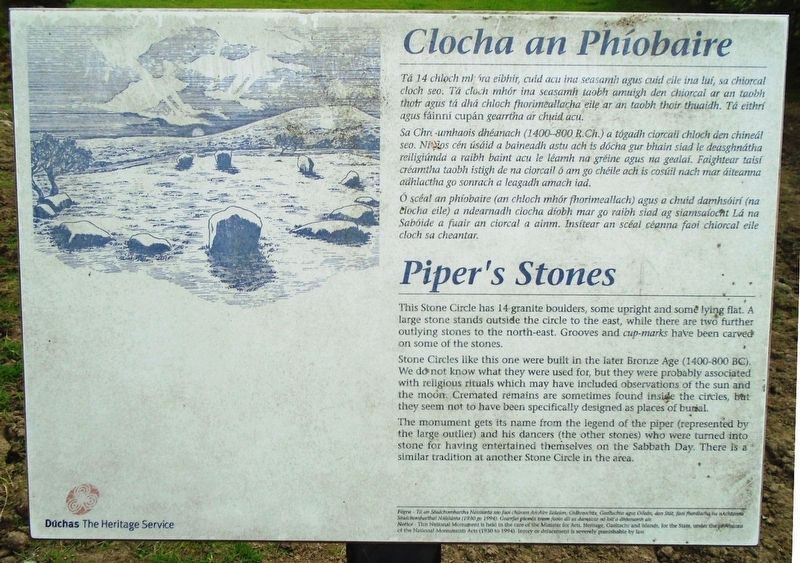 This Stone Circle has 14 granite boulders, some upright and some lying flat. A large stone stands outside the circle to the east, while there are two further outlying stones to the north-east. Grooves and cup-marks have been carved on some of the stones.

Stone Circles like this one were built in the later Bronze Age (1400-800 BC). We do not know what they were used for, but they were probably associated with religious rituals which may have included observations of the sun and the moon. Cremated remains were sometimes found inside the circles, but they seem not to have been specifically designed as places of burial.

The monument gets its name from the legend of the piper (represented by the large outlier) and his dancers (the other stones) who were turned into stone for having entertained themselves on the Sabbath Day. There is a similar tradition at another Stone Circle in the area. . This historical marker was erected by Dúchas The Heritage Service. It is Near Athgreany in County Wicklow Leinster Ireland