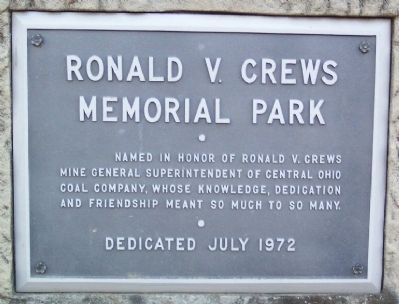 Named in honor of Ronald V. Crews, Mine General Superintendent of Central Ohio Coal Company, whose knowledge, dedication and friendship meant so much to so many.
Dedicated July 1972

Topics. This historical marker is listed in these topic lists: Industry & Commerce • Labor Unions. A significant historical year for this entry is 1972.

Other nearby markers. At least 8 other markers are within 8 miles of this marker, measured as the crow flies. Big Muskie (a few steps from this marker); Miner's Memorial Park (about 300 feet away, measured in a direct line); Howard Chandler Christy (approx. 7.1 miles away); McConnelsville Persian Gulf War Memorial (approx. 7.1 miles 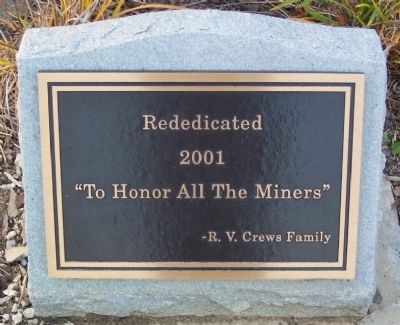 Additional commentary.
1. My dad
Ronald V. Crews was is my father and today is the 40th anniversary of his passing, which was July 2, 1971. I was unable to attend the original park dedication, because of military service. However, I was able to attend the redecication to the miners that worked at Central Ohio Coal Company, of which I was a member of that group. It is indeed a beautiful view over the valley behind the park, and is worth a look. Ron Crews was one person that you never heard anyone that worked for him utter a bad word. He is still missed by his family.

David Crews Note To Editor only visible by Contributor and editor
— Submitted July 2, 2011, by David Ira Crews of Zanesville, Ohio. 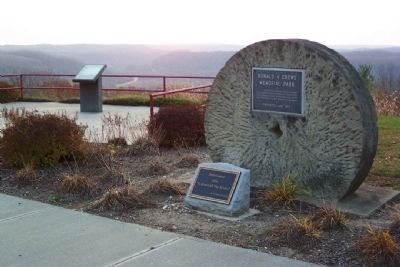 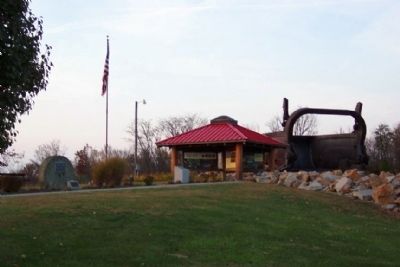