"Cradle of the Trotter" 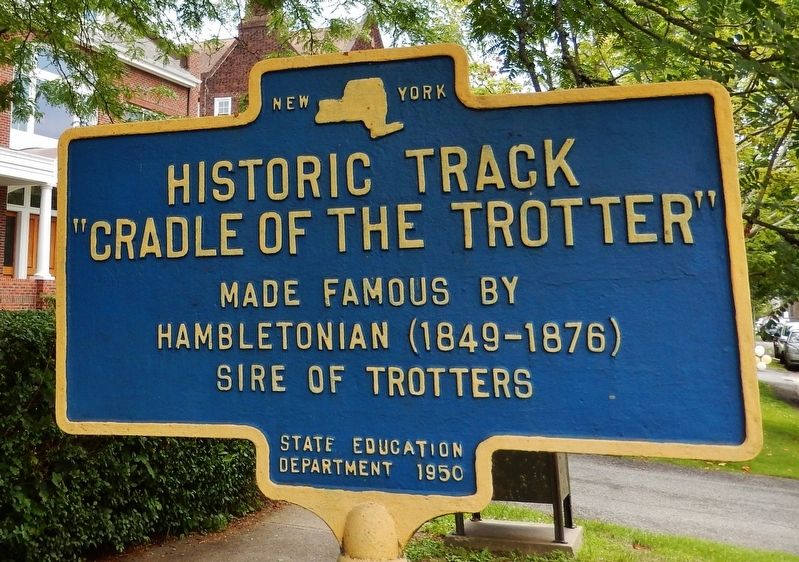 Location. 41° 24.141′ N, 74° 19.255′ W. Marker is in Goshen, New York, in Orange County. Marker is on Park Place south of Main Street (New York State Route 207), on the right when traveling north. Marker is located beside the sidewalk, near the Historic Track entrance. Touch for map. Marker is at or near this postal address: 44 Park Place, Goshen NY 10924, United States of America. Touch for directions. 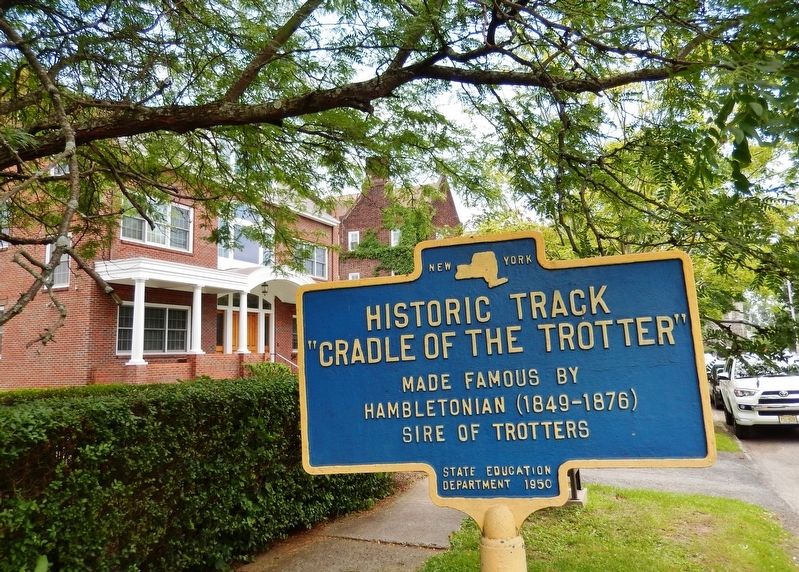 Related markers. Click here for a list of markers that are related to this marker. Goshen Historic Harness Racing Track

Also see . . .  Hambletonian 10 (Wikipedia). Hambletonian 10, or Rysdyk's Hambletonian, was an American trotter and a founding sire of the Standardbred horse breed. The stallion was born in Sugar Loaf, New York on 5 May 1849. Hambletonian made his first public appearance at the age of six months at the nearby Orange County Fair in Goshen, and caused quite a sensation. Hambletonian had an unusual build, being low at the withers but high at the croup. This length of hind leg provided a great deal of thrust with each stride, and he passed both characteristics on to all his get. In 24 seasons at stud, between 1851 and 1875, Hambletonian produced about 1,335 foals. Through four of Hambletonian's sons (George Wilkes, Dictator, Happy Medium, and Electioneer), the lineage of virtually all North American Standardbred horses can be traced to him. (Submitted on July 7, 2019, by Cosmos Mariner of Cape Canaveral, Florida.) 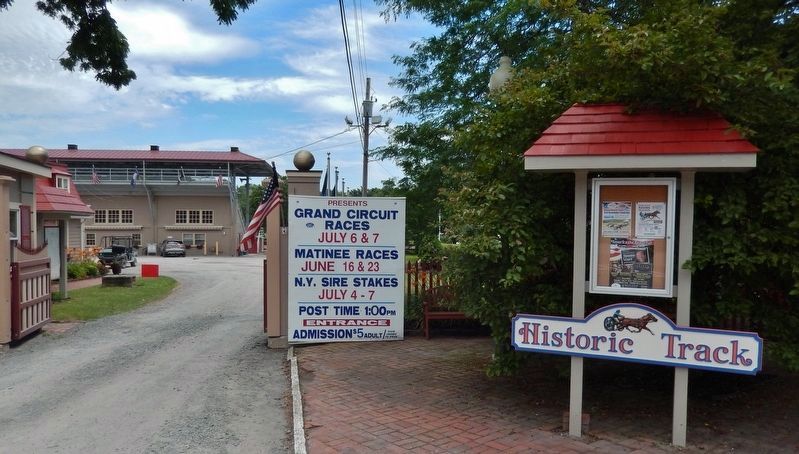 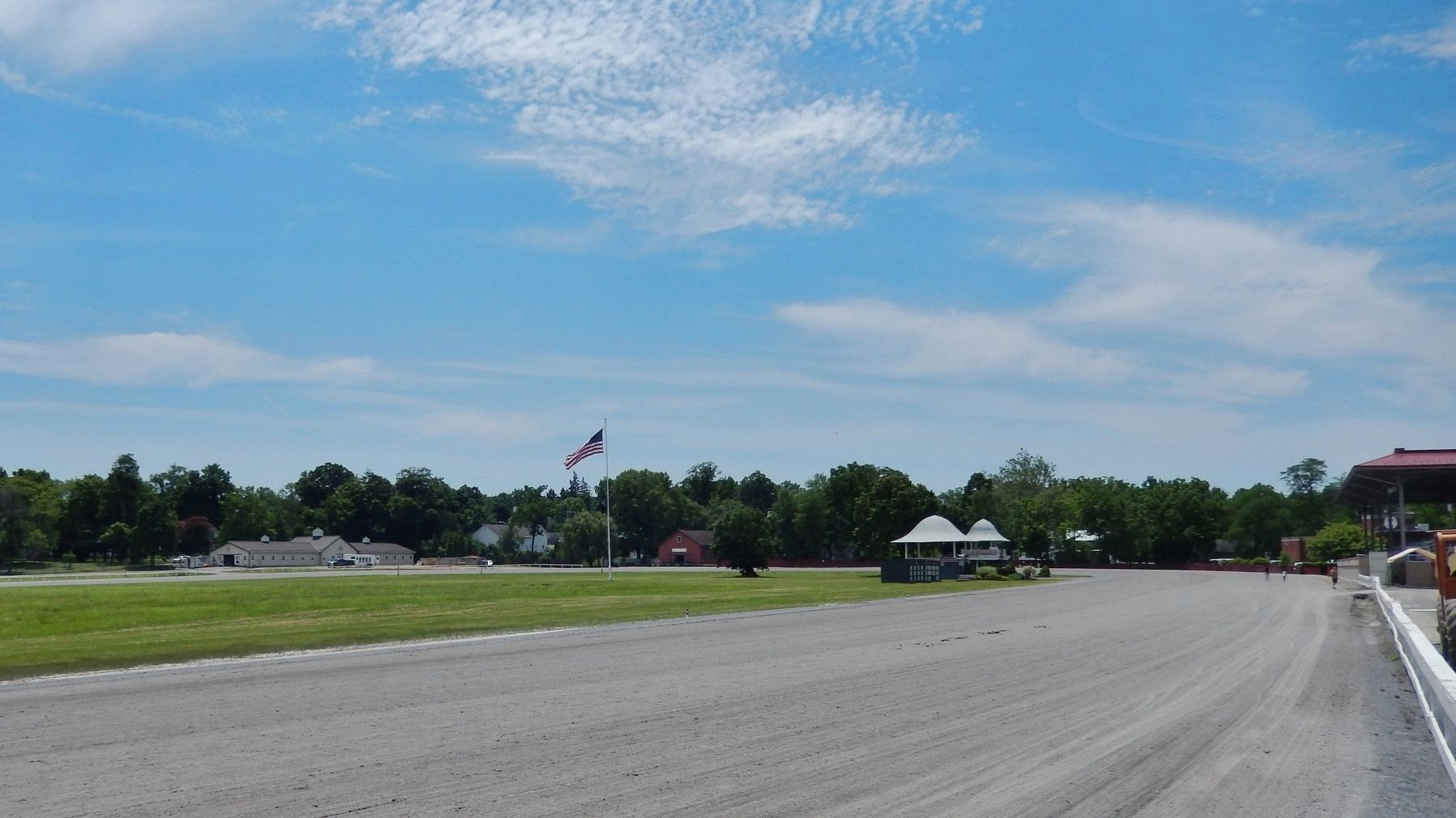