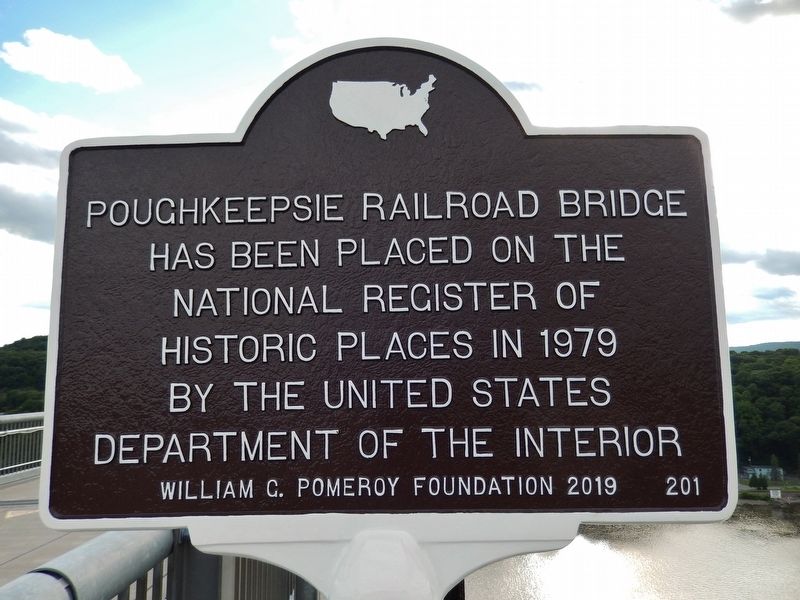 has been placed on the
National Register of
Historical Places in 1979
by The United States
Department of the InteriorWilliam G. Pomeroy Foundation 2019 • 201

Topics and series. This historical marker is listed in these topic lists: Architecture • Bridges & Viaducts • Parks & Recreational Areas • Railroads & Streetcars. In addition, it is included in the William G. Pomeroy Foundation series list.

Location. 41° 42.638′ N, 73° 56.703′ W. Marker is in Poughkeepsie, New York, in Dutchess County. Marker can be reached from North Water Street, 0.3 miles north of Main Street, on the left when traveling north. Marker is located near the center of the old Poughkeepsie Railroad Bridge, along the Walkway Over the Hudson rail trail, 3/10 mile west of the bridge elevator access at Upper Landing Park. Touch for map. Marker is at or near this postal address: 83 North Water Street, Poughkeepsie NY 12601, United States of America. Touch for directions. 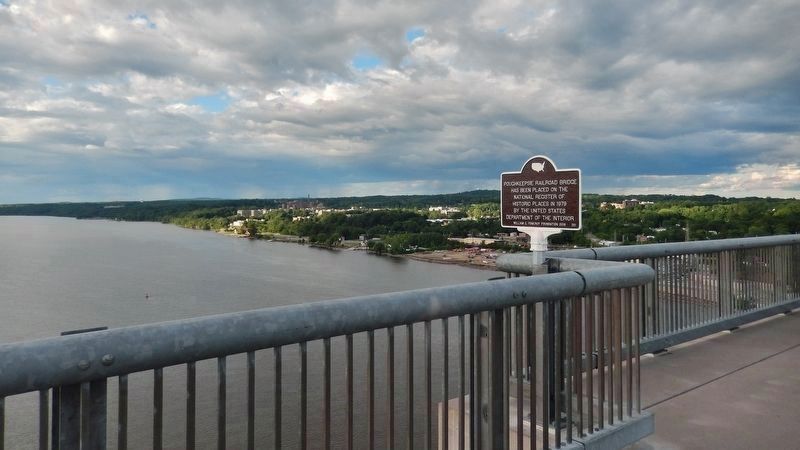 Related markers. Click here for a list of markers that are related to this marker. Poughkeepsie-Highland Railroad Bridge

2. Walkway Over the Hudson State Historic Park. The Poughkeepsie-Highland Railroad Bridge was built in the late 19th century to link New York and New England to an extensive, nationwide railway network. For decades, it was a major rail corridor for both freight and passengers. The bridge deck stands 212 feet above the river's surface and is 6,768 feet (1.28 miles) long, making it the longest, elevated pedestrian bridge in the world. (Submitted on July 4, 2019, by Cosmos Mariner of Cape Canaveral, Florida.) 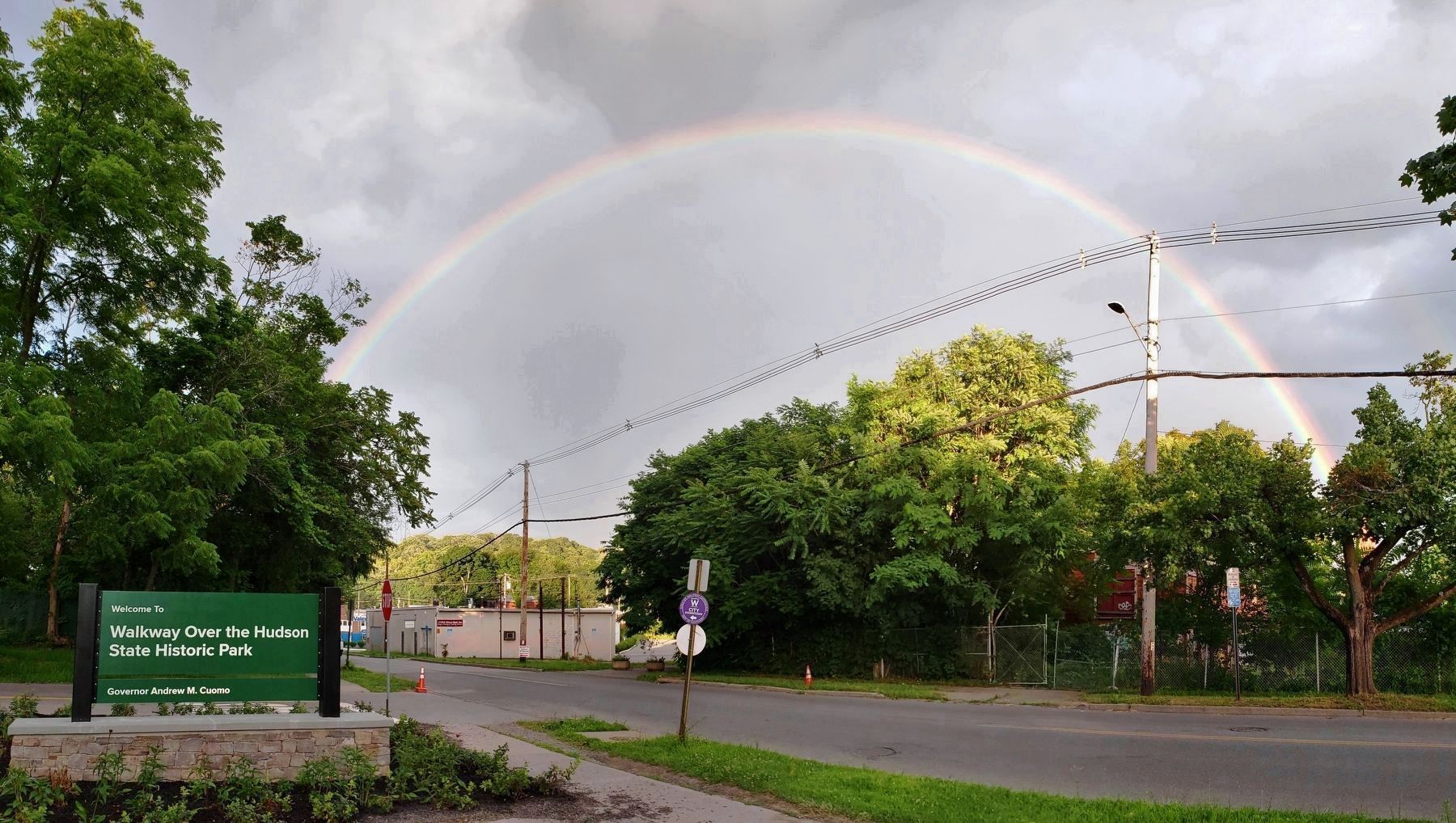