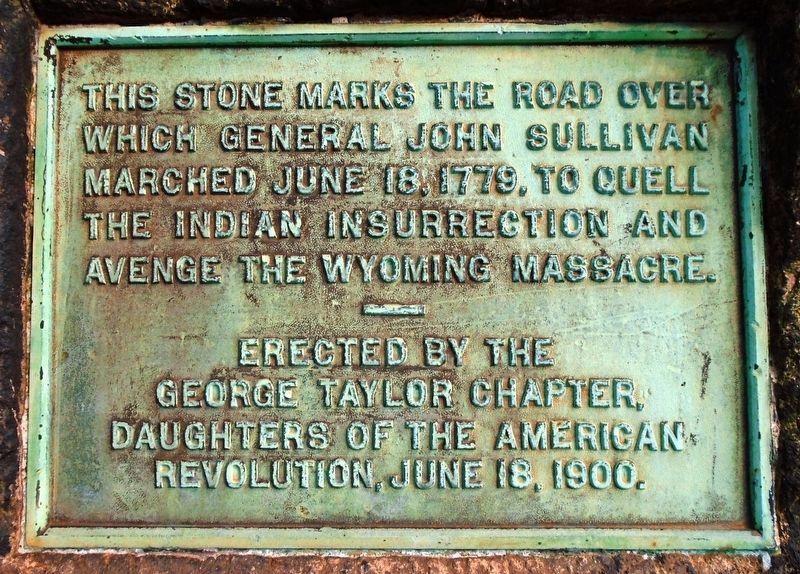 This stone marks the road over
which General John Sullivan
marched June 18, 1779, to quell
the Indian insurrection and
avenge the Wyoming Massacre
—————
Erected by the
George Taylor Chapter
Daughters of the American
Revolution, June 18, 1900.

Erected 1900 by George Taylor Chapter, Daughters of the American Revolution.

Topics and series. This historical marker is listed in these topic lists: Roads & Vehicles • War, US Revolutionary. In addition, it is included in the Daughters of the American Revolution (DAR), and the The Sullivan-Clinton Expedition Against the Iroquois Indians series lists. A significant historical date for this entry is June 18, 1779.

Location. 40° 41.801′ N, 75° 12.703′ W. Marker is in Easton, Pennsylvania, in Northampton County. Marker is on Sullivan Road west of West Campus Lane, on the left when traveling west. Marker is about 100 feet west of the Marquis Dining Hall, on the Lafayette College campus. Touch for map. Marker is in this post office area: Easton PA 18042, United States of America. Touch for directions. 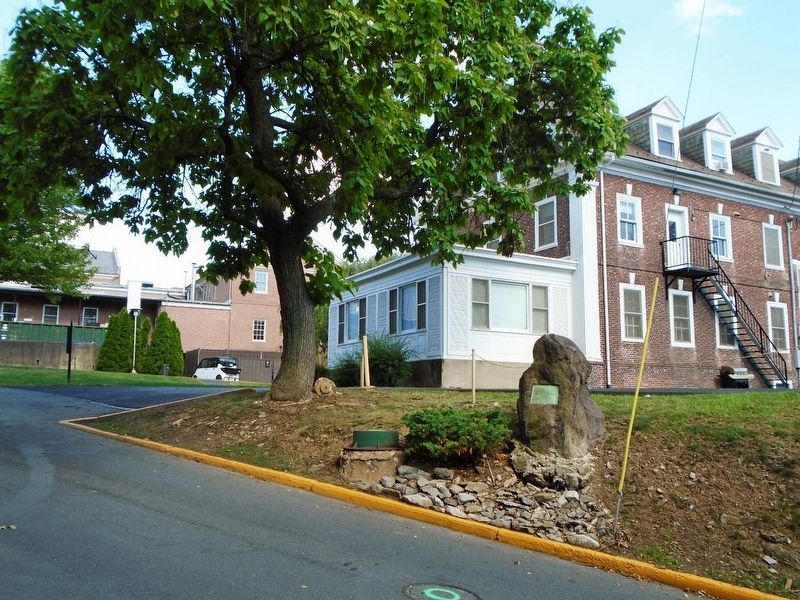