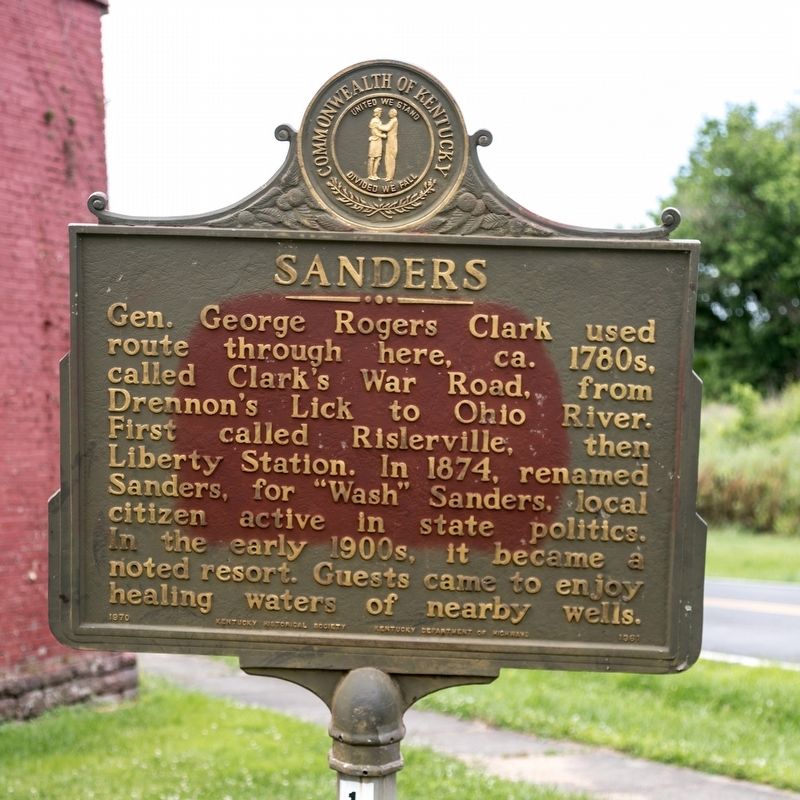 Topics and series. This historical marker is listed in these topic lists: Notable Places • Roads & Vehicles. In addition, it is included in the Kentucky Historical Society series list. A significant historical year for this entry is 1874. 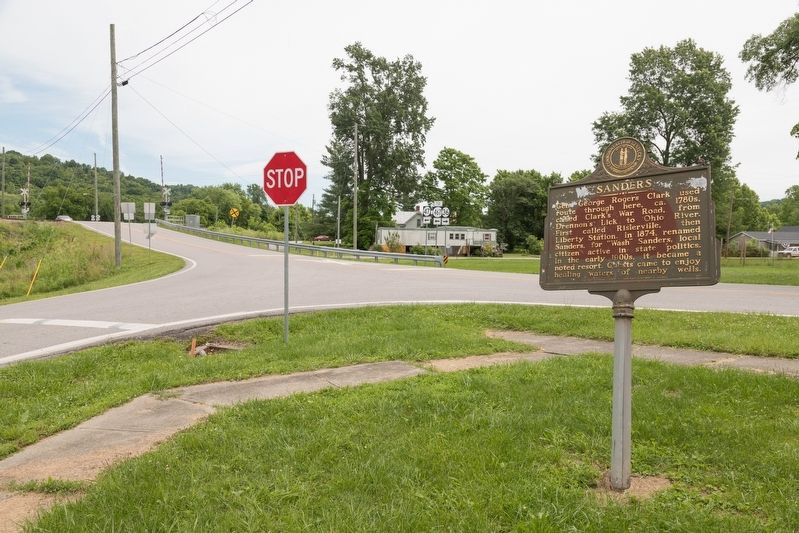 The community was founded at a salt lick on the Buffalo Trace stretching from the Licking River to Drennon Springs. The community was first known as Rislerville for a local shopkeeper, but was known as Sanders' Mill after the local miller Nathaniel Sanders opened a post office in 1816. His son George Washington Sanders continued to operate the mill after his death.

When the community was connected to the Louisville, Cincinnati and Lexington Railroad in 1867, the station was first named Dixie by the locals but then changed to Liberty Station by the railroad, owing to the importance of the station’s trade with nearby New Liberty. The name reverted to Sanders in 1874, according to local historian Anna Parker, owing to the influence of State Senator Larkin Sanders, who wanted to honor his father