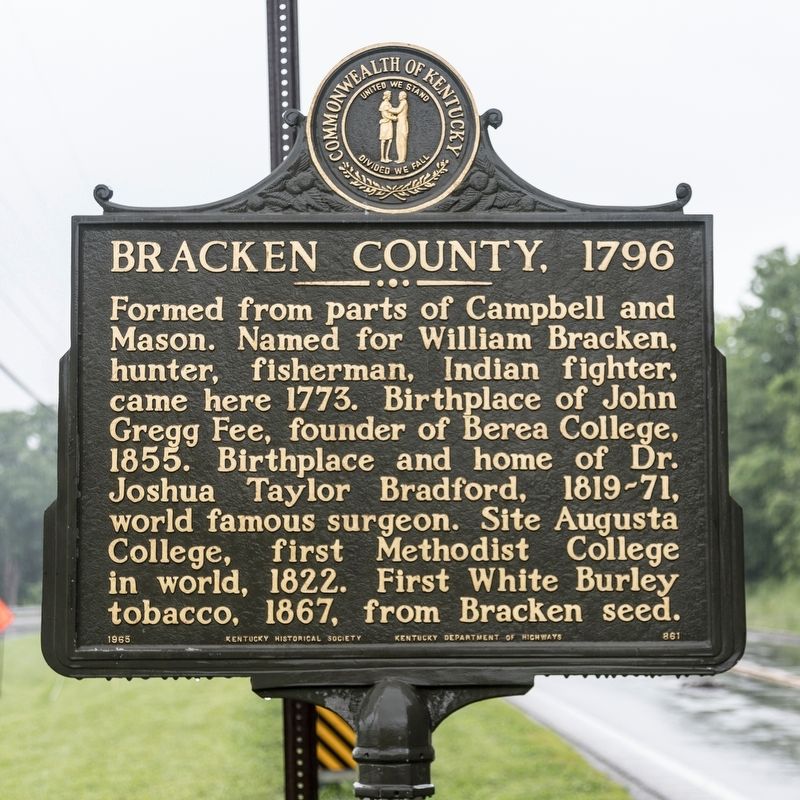 Topics and series. This historical marker is listed in these topic lists: Agriculture • Churches & Religion • Colonial Era • Education • Industry & Commerce • Settlements & Settlers. In addition, it is included in the Kentucky Historical Society series list. A significant historical year for this entry is 1773. 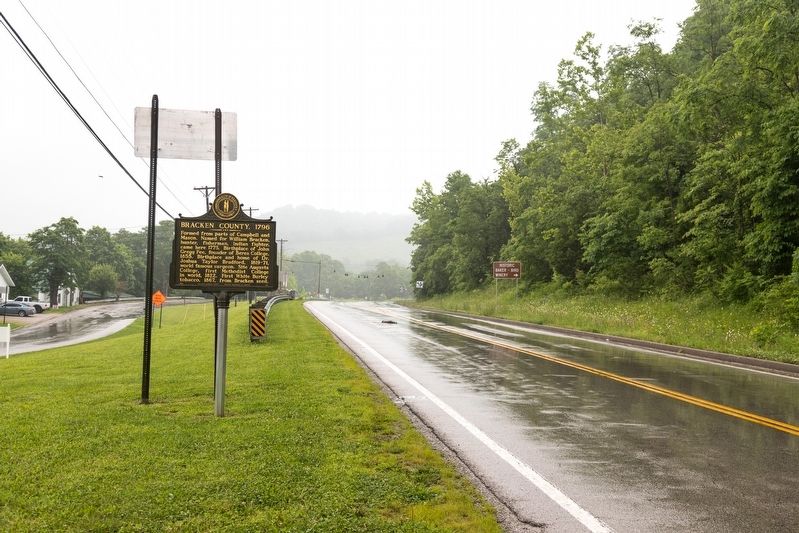 Click or scan to see
this page online
right when traveling west. Heather Renee French Boulevard is also known as 5th Street and as the Mary Ingles Highway. Touch for map. Marker is in this post office area: Augusta KY 41002, United States of America. Touch for directions.

The origin of white burley tobacco, used in cigarettes, was credited to George Webb and Joseph Fore in 1864, who grew it on the farm of Captain Frederick Kautz near Higginsport, Ohio, from seed from Bracken County, Kentucky. He noticed it yielded a different type of light leaf shaded from white to yellow, and cured differently. By 1866, he harvested 20,000 pounds of burley tobacco and sold it in 1867 at the St. Louis Fair for $58 per hundred pounds. By 1883, the principal market for this tobacco was Cincinnati, but it was grown throughout central Kentucky and Middle Tennessee. In 1880 Kentucky produced 36 percent of the total national tobacco production, and was first in the country, with nearly twice as much tobacco produced as by Virginia, then the second-place state. Later the type became referred to as burley tobacco, which is air-cured.