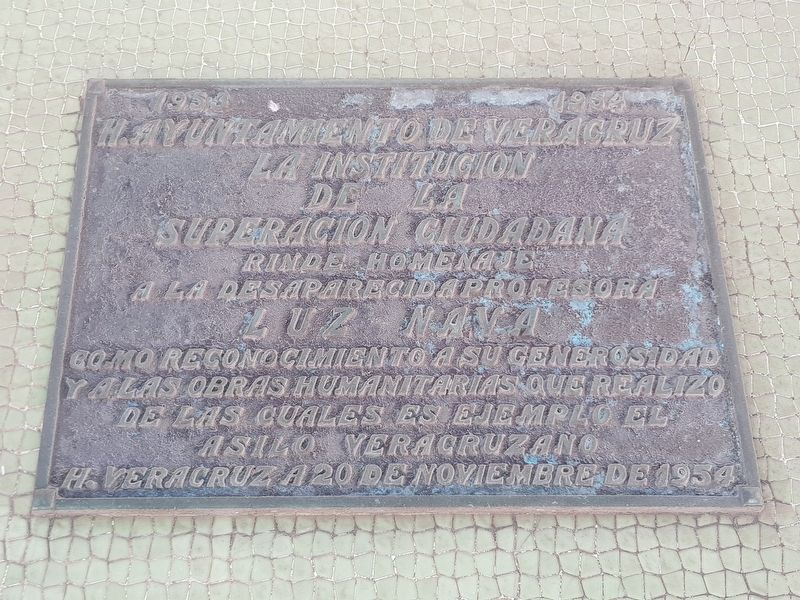 By J. Makali Bruton, April 22, 2019
1. Luz Nava Marker
Inscription.
English translation: . 1953 - 1956 . Honorable City Council of Veracruz . The Citizen Improvement Institution pays tribute to the late teacher Luz Nava in recognition of her generosity and her humanitarian work, of which the Veracruz Asylum is a most worthy example. . Honorable Veracruz, November 20, 1954 . This historical marker is in Veracruz in Municipality of Veracruz Mexico