Witnesses of the Future 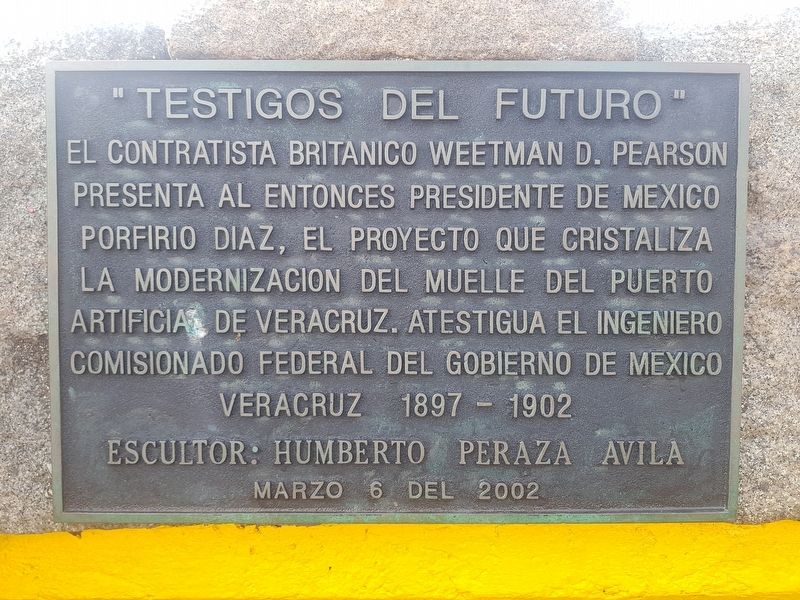 By J. Makali Bruton, April 23, 2019
1. Witnesses of the Future Marker
Inscription.
English translation: . Witnesses of the Future . British contractor Weetman D. Pearson introduces the then President of Mexico Porfirio Díaz to the project that crystallizes the modernization of the dock of the artificial port of Veracruz. Also looking on is the Engineer Commissioner for the Government of Mexico . Veracruz 1897-1902 . Sculptor: Humberto Peraza Ávila . March 6, 2002 . This historical marker was erected in 2002. It is in Veracruz in Municipality of Veracruz Mexico