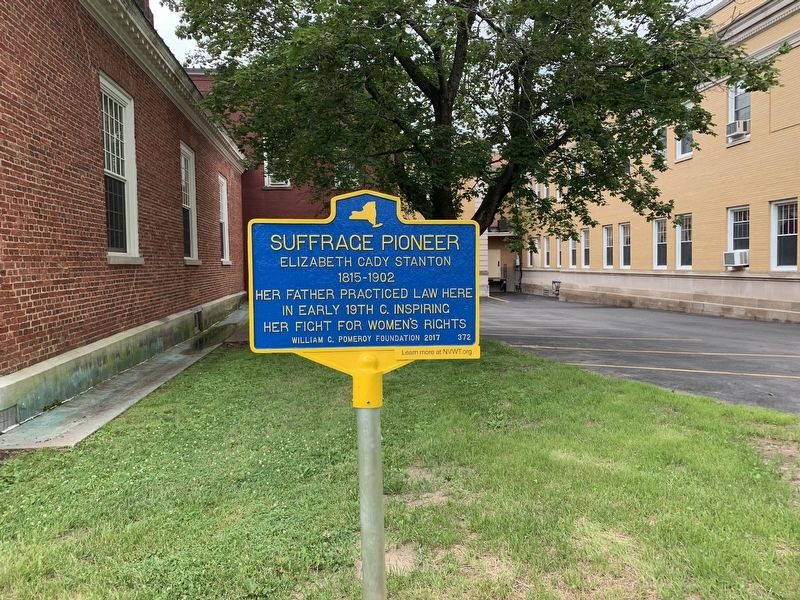 Topics and series. This historical marker is listed in these topic lists: Civil Rights • Women. In addition, it is included in the Elizabeth Cady Stanton, the William G. Pomeroy Foundation, and the Women's Suffrage 🗳️ series lists.

Location. 43° 0.405′ N, 74° 22.458′ W. Marker is in Johnston, New York, in Fulton County. Marker is on North William Street near Church Street, on the left when traveling north. Touch for map. Marker is in this post office area: Johnstown NY 12095, United States of America. Touch for directions. 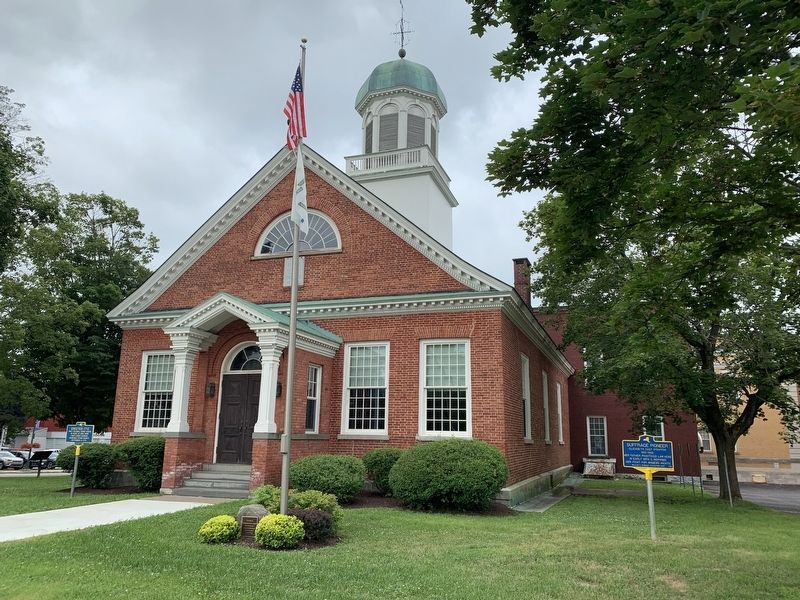 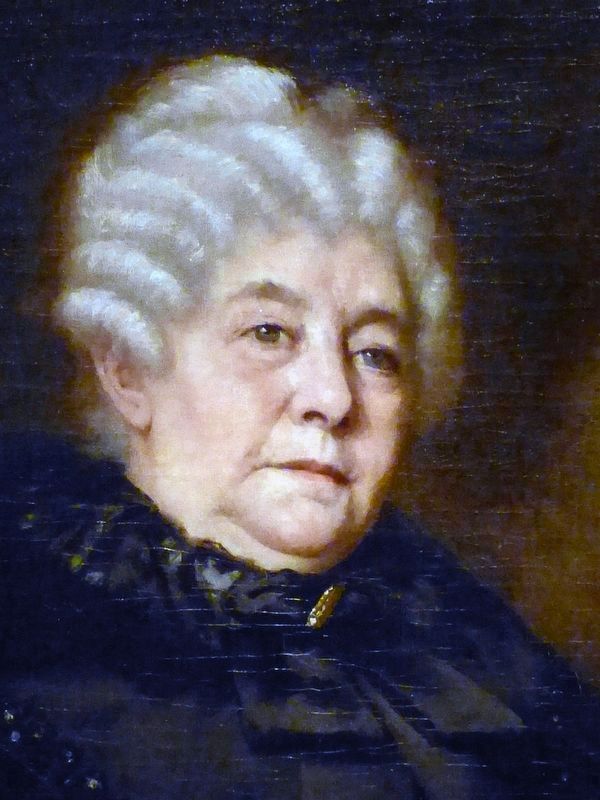