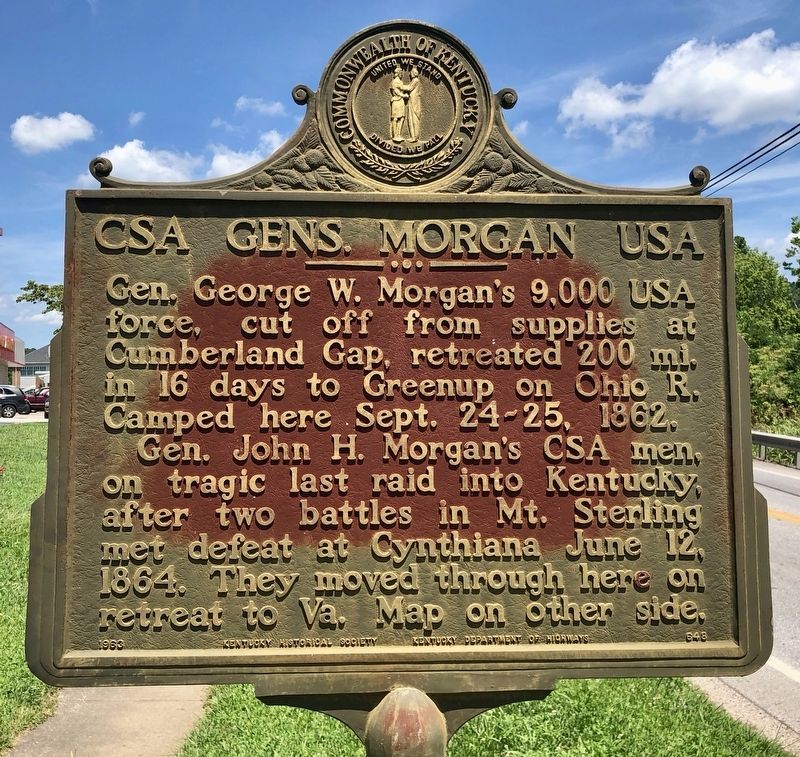 General George W. Morgan's 9,000 USA force, cut off from supplies at Cumberland Gap, retreated 200 mi. in 16 days to Greenup on Ohio River. Camped here Sept. 24-25, 1862.
Gen. John H. Morgan's CSA men, on tragic last raid into Kentucky, after two battles in Mt. Sterling met defeat at Cynthiana June 12, 1864. They moved through here on retreat to Va. Map on other side.

Topics and series. This historical marker is listed in these topic lists: War, US Civil • Waterways & Vessels. In addition, it is included in the Kentucky - Confederate Raids and Invasions, and a Federal Retreat, and the Kentucky Historical Society series lists. 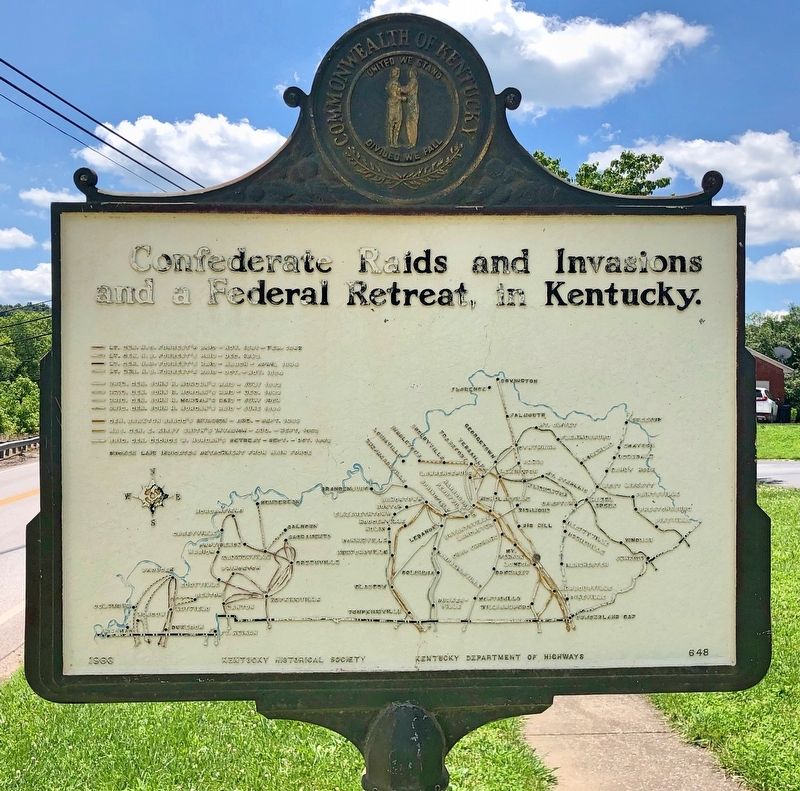 By Mark Hilton, July 13, 2019
2. Map of Confederate Raids and Invasions
Marker is at or near this postal address: 271 Main Street, West Liberty KY 41472, United States of America. Touch for directions. 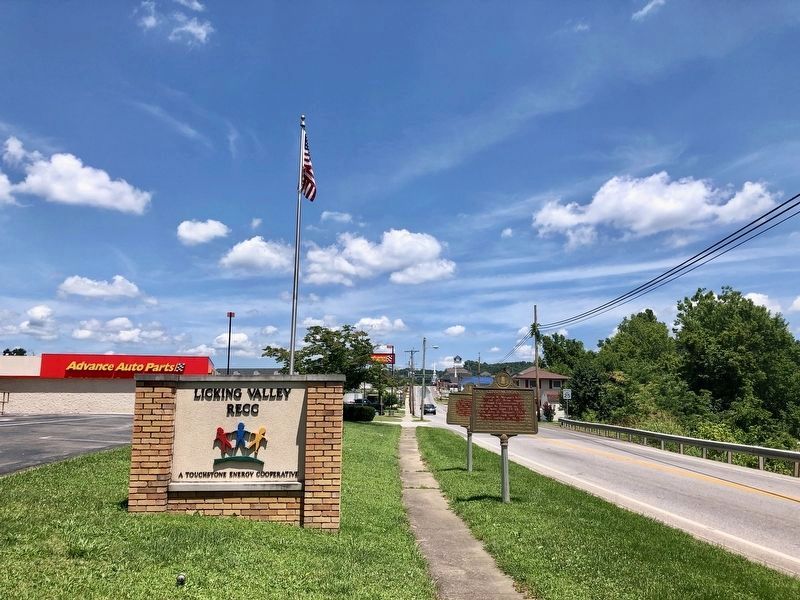 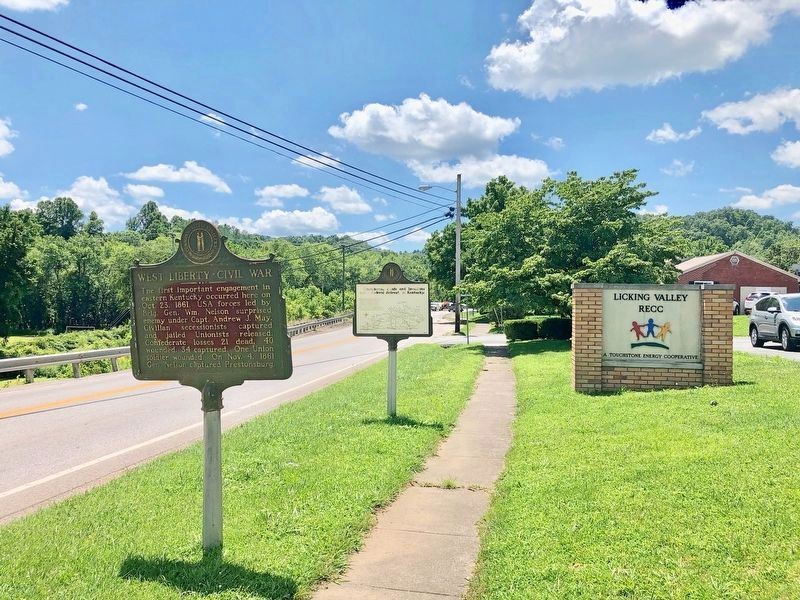 By Mark Hilton, July 13, 2019
4. Map on reverse can be seen in background, looking south on Main Street. 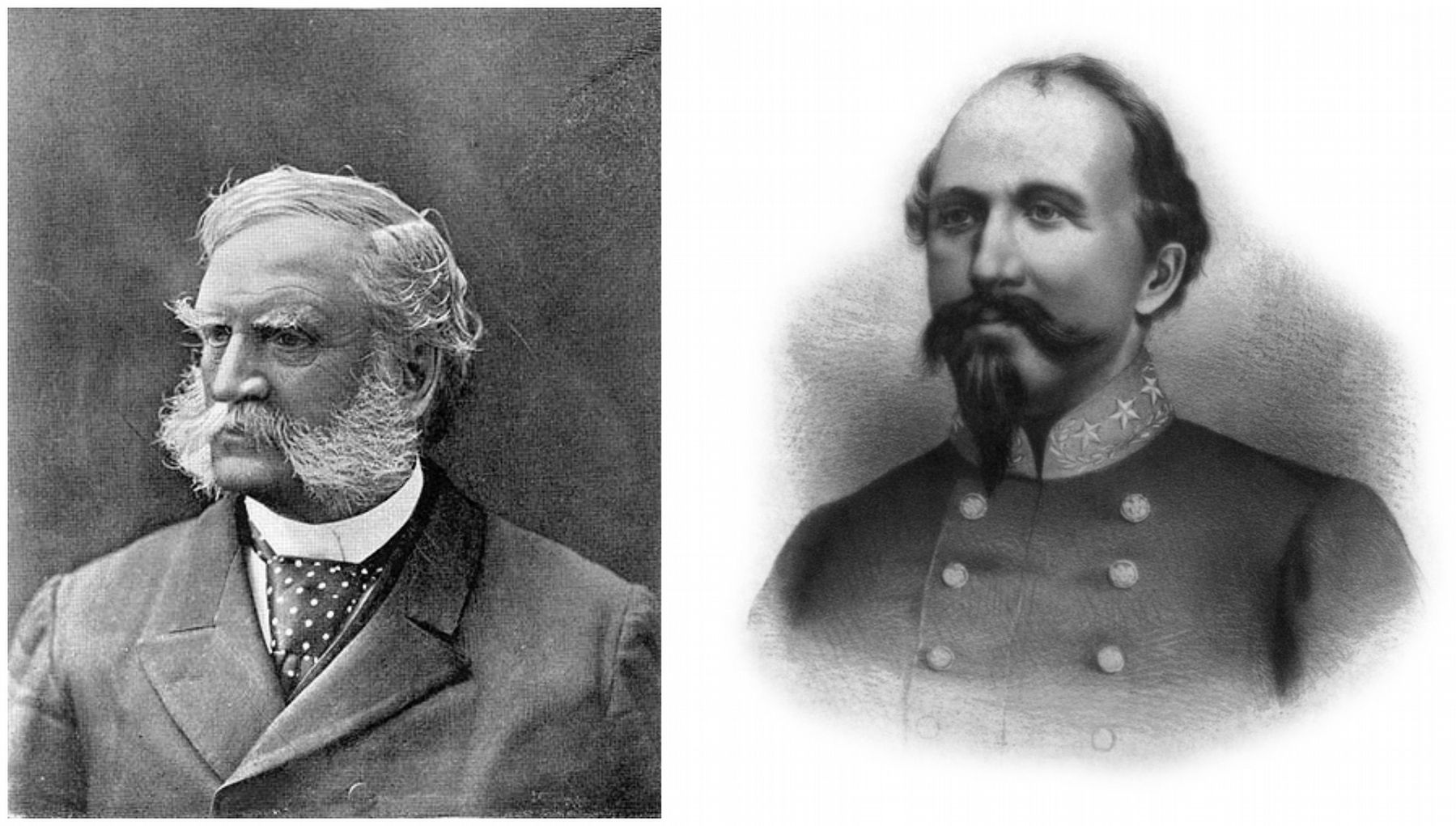