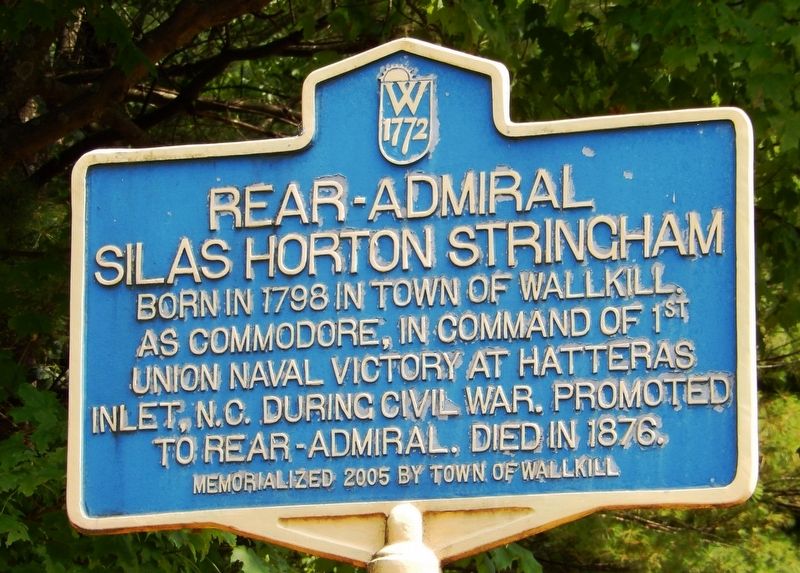 Born in 1798 in town of Wallkill. As Commodore, in command of 1st Union naval victory at Hatteras Inlet, N.C. during Civil War. Promoted to Rear-Admiral. Died 1876.
Memorialized 2005 by Town of Wallkill

Topics. This historical marker is listed in these topic lists: Patriots & Patriotism • War, US Civil. A significant historical year for this entry is 1798. 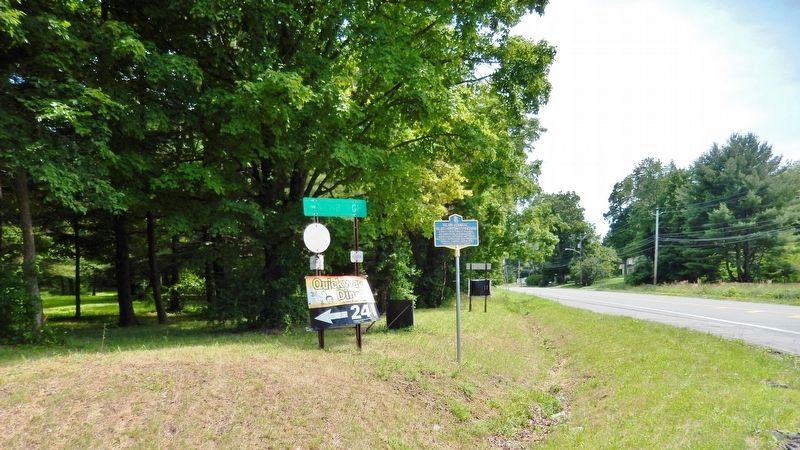 Also see . . .  Silas H. Stringham (Wikipedia). Rear Admiral Silas Horton Stringham was an officer of the United States Navy who saw active service during the War of 1812, the Second Barbary War, and the Mexican–American War, and who commanded the Atlantic Blockading Squadron at the beginning of the American Civil War. (Submitted on July 30, 2019, by Cosmos Mariner of Cape Canaveral, Florida.)