By J. J. Prats, June 22, 2019
1. Saint Angela Merici Statue’s Marker
Inscription.
Saint Angela Merici. . Leader in the education of women. . This historical marker was erected in 1990 by Ursuline College Board of Trustees in gratitude to Herbert Strawbridge, Chairman of the Ursuline College Board of Trustees 1969 to 1989.. It is in Pepper Lake in Cuyahoga County Ohio

Leader in the education of women.

Location. 41° 29.775′ N, 81° 27.847′ W. Marker is in Pepper Lake, Ohio, in Cuyahoga County. Marker is on Lander Road 0.4 miles north of the circle at Fairmount and Gates Mills Boulevards, on the left when traveling north. Touch for map. Marker is at or near this postal address: 2550 Lander Rd, Cleveland OH 44124, United States of America. Touch for directions. 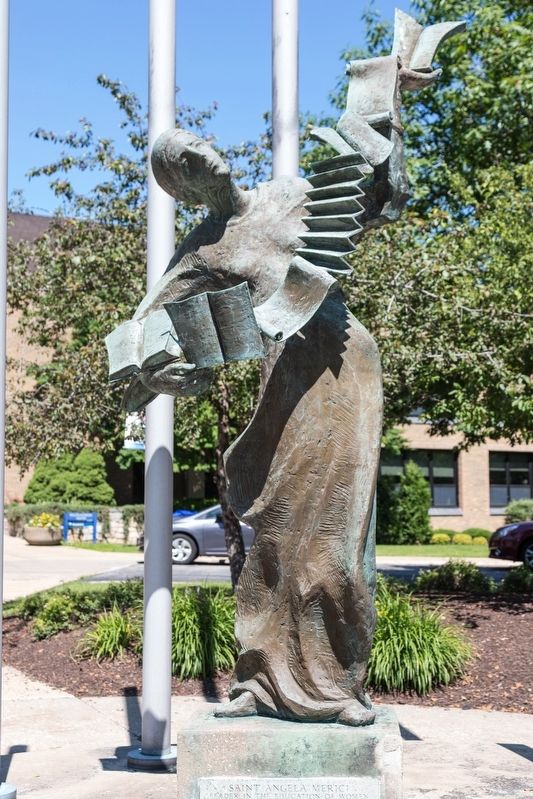 Angela de Merici (1474–1540), was an Italian religious educator, who is honored as a saint by the Catholic Church. She found the Company of St. Ursula in 1535 in Brescia, in which women dedicated their lives to the service of the Church through the education of girls. From this organisation later sprang the monastic Order of Ursulines, whose nuns established places of prayer and learning throughout Europe and, later, worldwide, most notably in North America.
...
Merici taught her companions to be consecrated to God and dedicated to the service of their neighbor, but to remain in the world, teaching the girls of their own neighborhood, and to practice a religious form of life in their own homes. The members wore no special habit and took no formal religious vows. Merici wrote a Rule of Life for the group, which specified the practice of celibacy, poverty and obedience in their own homes. The Ursulines opened orphanages and schools. On 18 March 1537, she was elected “Mother and Mistress” of the group. The Rule she had written was approved in 1544 by Pope Paul III.
...
The traditional view is that Merici believed that better Christian education was needed for girls and young women, to which end she dedicated her life. Querciolo Mazzonis argues that the Company of St. Ursula was not originally intended as a charitable group 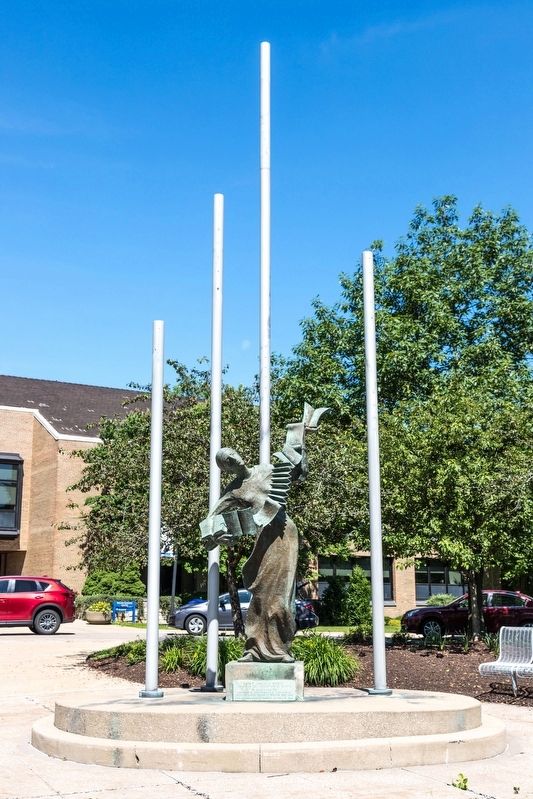 By J. J. Prats, June 22, 2019
3. Saint Angela Merici Statue
Marker is at the base of the statue.
specifically focused on the education of poor girls, but that this direction developed after her death in 1540, sometime after it received formal recognition in 1546. 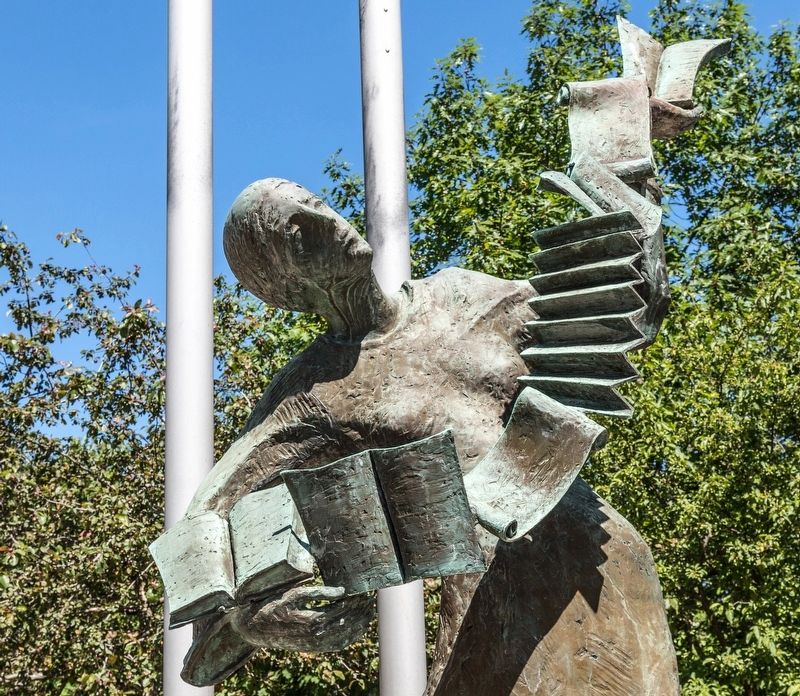 Editor’s want-list for this marker. The name of the sculptor of this statue • Can you help?
Share This Page.