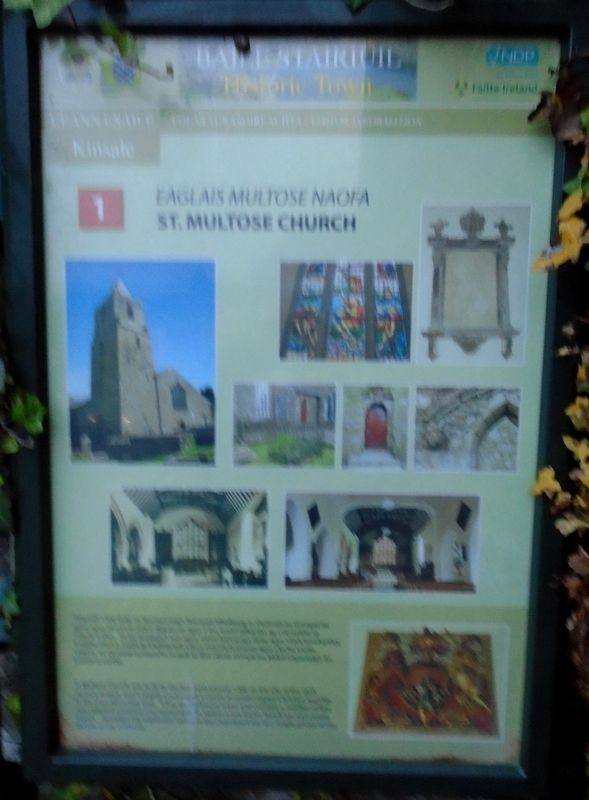 Photographed By William Fischer, Jr., May 17, 2019
1. Eaglais Multose Naofa / St. Multose Church Marker
Inscription.
St Multose Church was built by the Normans around 1200 on the site of the sixth century oratory and is largely unchanged, a centre of uninterrupted Christian worship in the town since that time. It has an impressive tower and contains a number of fine stain-glassed windows and monuments as well as a rare Easter Sepulchre and carved stones. Amongst the impressive tombs in the churchyard are two simple graves of the victims of the Lusitania. . This historical marker was erected by Town of Kinsale, Cork County Council, National Development Plan, Fáilte Ireland. It is in Kinsale in County Cork Munster Ireland