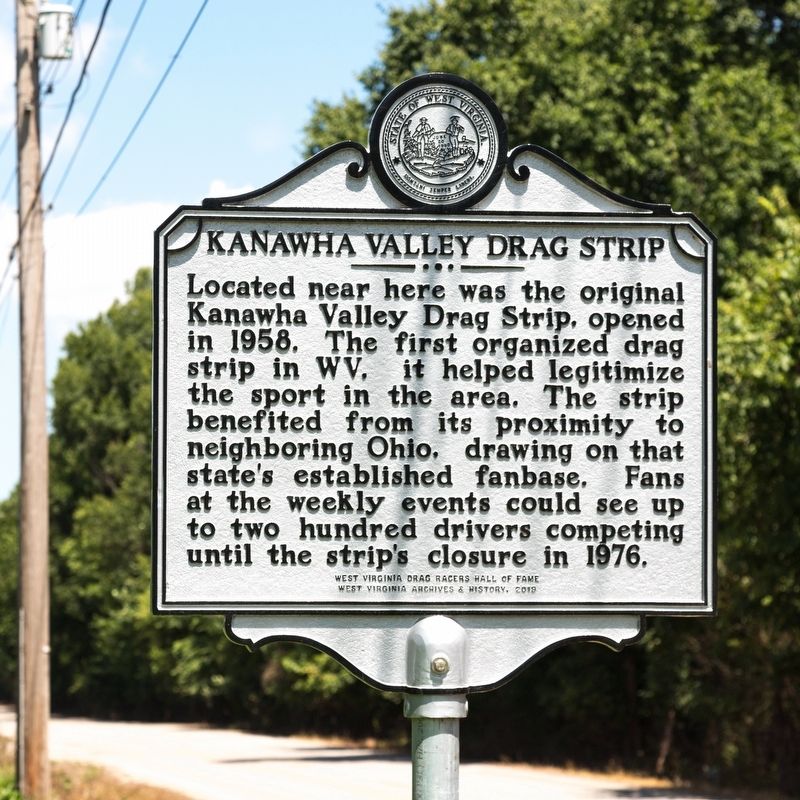 Located near here was the original Kanawha Valley Drag Strip, opened in 1958. The first organized drag strip in West Virginia, it helped legitimize the sport in the area. The strip benefited from its proximity to neighboring Ohio, drawing on that state’s established fanbase. Fans at the weekly events could see up to two hundred drivers competing until the strip’s closure in 1976.

Topics and series. This historical marker is listed in these topic lists: Roads & Vehicles • Sports. In addition, it is included in the West Virginia Archives and History series list. A significant historical year for this entry is 1958.

Location. 38° 31.063′ N, 81° 51.423′ W. Marker is near Winfield, West Virginia, in Putnam County. Marker is on Winfield Road (West Virginia Route 817) half a mile south of Waterside Circle, on the right when traveling south. Touch for map. Marker is in this post office area: Winfield WV 25213, United States of America. Touch for directions.

Other nearby markers. At least 8 other markers are within 3 miles of this marker, measured as the crow flies. Washington’s Land (approx. ¾ mile away); George Washington 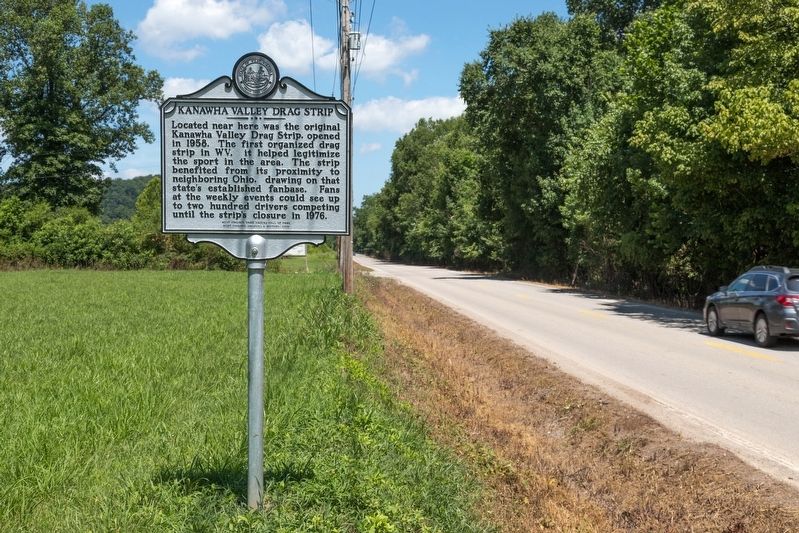 “The nitro cars have been started at the doo wop shows and if you've never seen it, it is quite an experience in sight, sound and smell,” Gregg Simmons said. ”It’s hard to describe but if you've ever seen it, it's an amazing display of raw horsepower.”