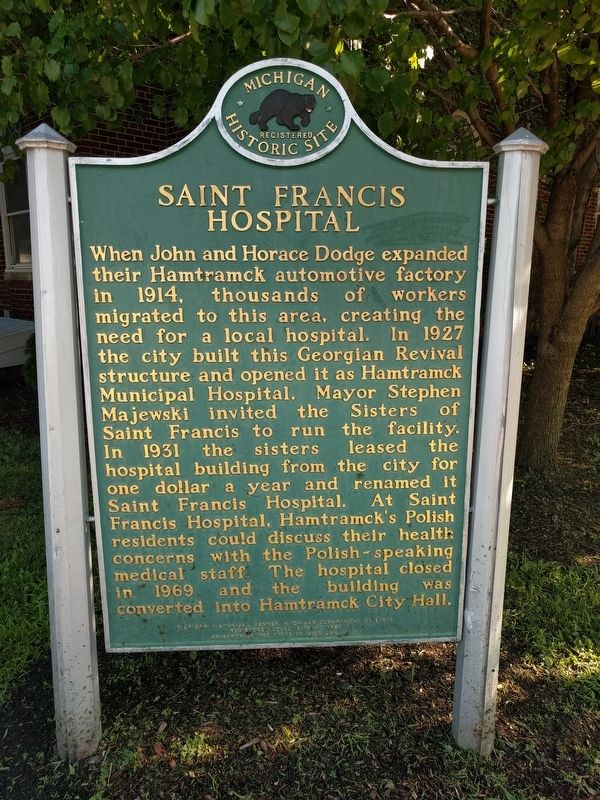 When John and Horace Dodge expanded their Hamtramck automotive factory in 1914, thousands of workers migrated to this area, creating the need for a local hospital. In 1927 the city built this Georgian Revival structure and opened it as Hamtramck Municipal Hospital. Mayor Stephen Majewski invited the Sisters of Saint Francis to run the facility. In 1931 the sisters leased the hospital building from the city for one dollar a year and renamed it Saint Francis Hospital. At Saint Francis Hospital, Hamtramck's Polish residents could discuss their health concerns with the Polish-speaking medical staff. The hospital closed in 1969 and the building was converted into Hamtramck City Hall.

Topics and series. This historical marker is listed in these topic lists: Charity & Public Work • Science & Medicine. In addition, it is included in the Michigan Historical Commission series list. A significant historical year for this entry is 1914. 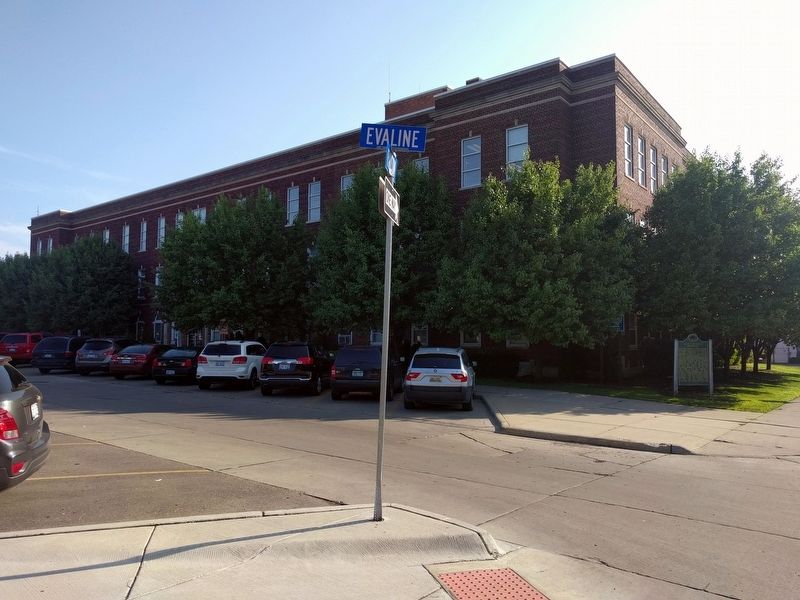