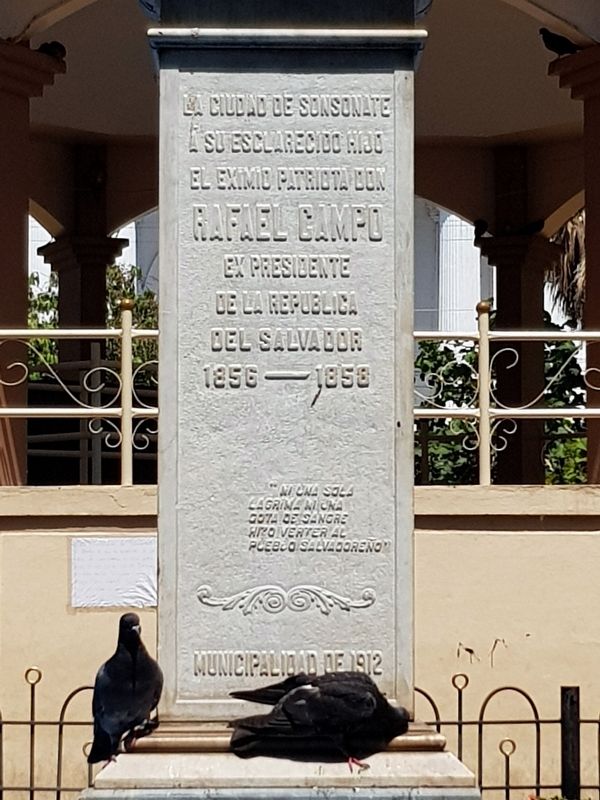 Photographed By J. Makali Bruton, July 21, 2019
1. Rafael Campo Marker
Inscription.
English translation: , The city of Sonsonate to her enlightened son, the distinguished patriot Rafael Campo , President of the Republic of El Salvador , 1856-1858 , “Neither a single tear, nor a drop of blood did he force the Salvadoran people to shed.” , Municipality of 1912 . This historical marker was erected in 1912 by Municipalidad de Sonsonate. It is in Sonsonate El Salvador