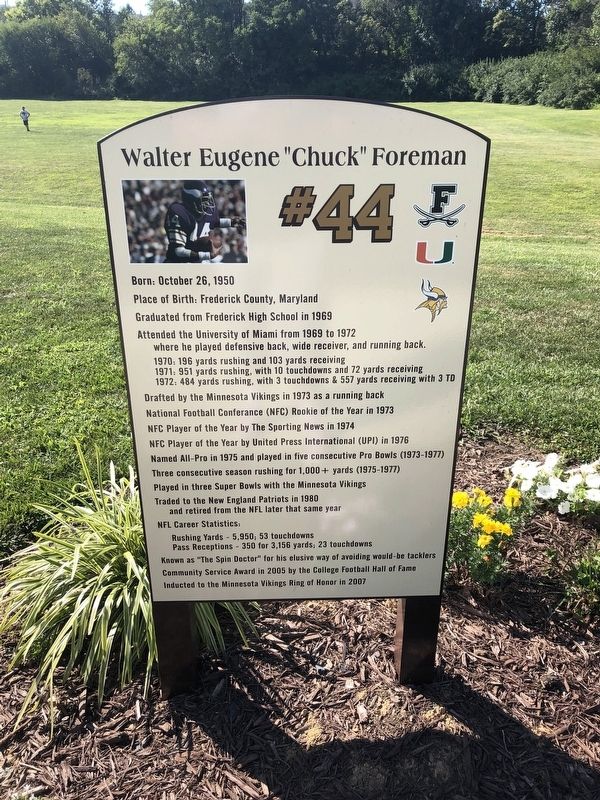 . Known as "The Spin Doctor" for his elusive way of avoiding would-be tacklers . . Community Service Award in 2005 by the College Football Hall of Fame . . Inducted to the Minnesota Vikings Ring of Honor in 2007 . This historical marker is in Frederick in Frederick County Maryland

Graduated from Frederick High School in 1969

Attended the University of Miami from 1969 to 1972 where he played defensive back, wide receiver, and running back.

Drafted by the Minnesota Vikings in 1973 as a running back

National Football Conference (NFC) Rookie of the Year in 1973

NFC Player of the Year by the Sporting News in 1974

Played in three Super Bowls with the Minnesota Vikings 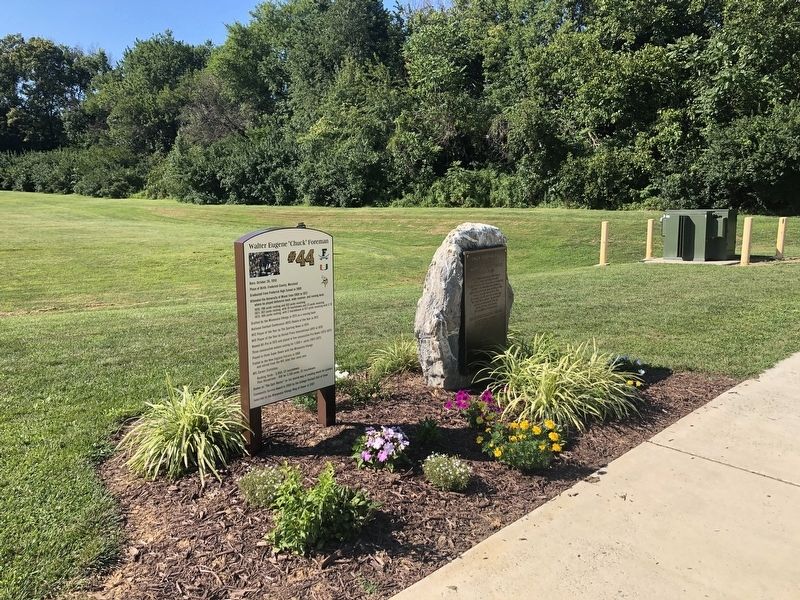 Inducted to the Minnesota Vikings Ring of Honor in 2007

Topics. This historical marker is listed in these topic lists: Education • Sports.