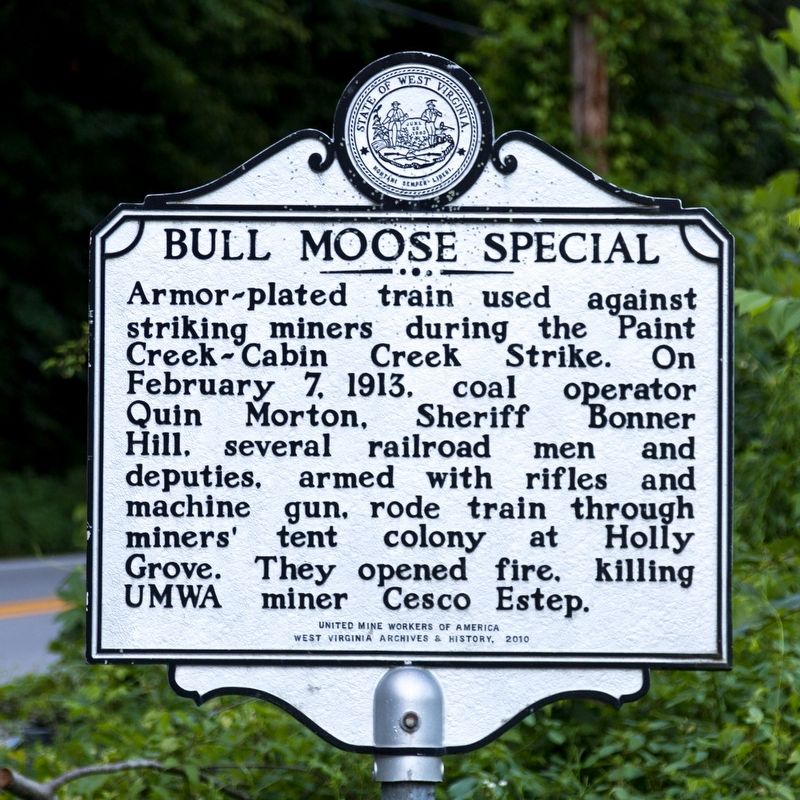 Erected 2010 by United Mine Workers of America and West Virginia Archives and History.

Topics and series. This historical marker is listed in these topic lists: Industry & Commerce • Labor Unions • Law Enforcement • Railroads & Streetcars. In addition, it is included in the West Virginia Archives and History series list. A significant historical date for this entry is February 7, 1913. 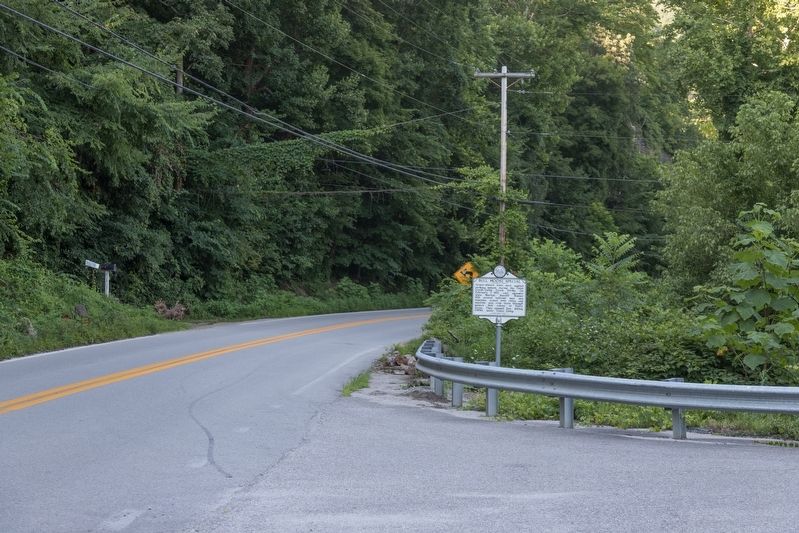 Partly because of the influence of the UMW, the strike was conducted without violence for its first month. However, on May 10, 1912, the operators on Paint Creek and Cabin Creek hired the notorious Baldwin–Felts Detective Agency to break the strike. Baldwin–Felts responded by sending more than 300 mine guards led by Albert Felts, Lee Felts, and Tony Gaujot.

Activist Mother Jones arrived in June, as mine owners began evicting workers from their rented houses, and brought in replacement workers. Beatings, sniper attacks, and sabotage were daily occurrences. Through July, Jones rallied the workers, made her way through armed guards to persuade another group of miners in Eskdale, West Virginia to join the strike, and organized a secret march of three thousand armed miners to the steps of the state capitol in Charleston to read a 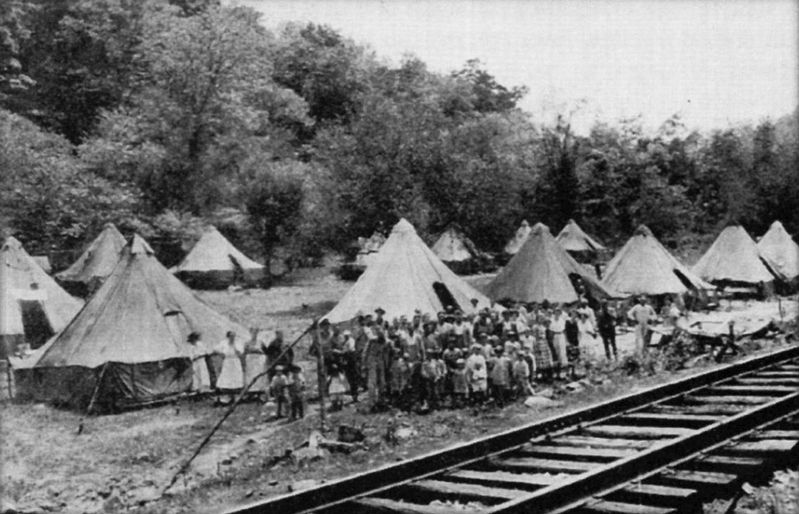 On September 1, a force of over 5,000 miners from the north side of the Kanawha River joined the strikers’ tent city, leading Governor Glasscock to establish martial law in the region the following day. The 1,200 state troops confiscating arms and ammunition from both sides lessened tensions to some degree, but the strikers were forbidden to congregate, and were subject to fast, unfair trials in military court. Meanwhile, strikers’ families began to suffer from hunger, cold, and the unsanitary conditions in their temporary tent colony at Holly Grove.

On October 15, martial law was lifted, only to be re-imposed on November 15 and lifted on January 10 by Governor Glasscock, with less than two months left in office. On February 7 Mucklow was again attacked by miners with at least one casualty. In retaliation that evening, the Kanawha County Sheriff Bonner Hill and a group of detectives attacked the Holly Grove miners’ settlement with an armored train, called the “Bull Moose Special,” attacking with machine guns and high-powered rifles, putting 100 machine-gun bullets through the frame house of striker Cesco Estep and killing him. Another miners’ raid on Mucklow killed at least two people a few days later, and on February 10 martial law was imposed for the third and final time.

2. The Brass Check: A Study of American Journalism. 1920 book by Upton Sinclair available on Amazon.com. Excerpt from the testimony of Lee Calvin, a mine-guard of the Baldwin-Fetlts Detective Agency:

When we got near Holly Grove the brakeman commenced turning down the lights. When the engineer came in front of Holly Grove he gave two short blasts from the whistle. I was leaning out the window and they commenced firing out of the baggage car. Flashes, lights, reports and cracks from the machine-gun took me all at once, and [from] the train was a long stream of fire which commenced coming out of the Gatling gun. In about twenty of thirty seconds there came a flash here and there from the tents. About four came from the tents altogether, and they were about 100 feet apart, it would seem to me. No shots had been fired from the tents prior to the time the shots were fired from the train.

Editor’s want-list for this marker. Photo of the gravesite of Cesco Estep in the Holly Grove cemetery • Can you help?
Share this page.