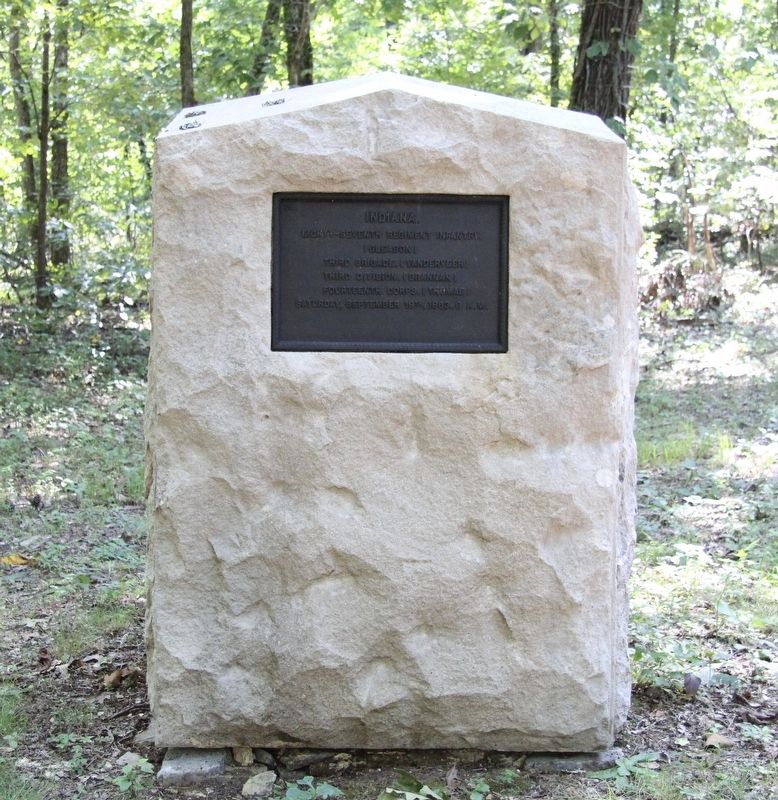 Location. 34° 56.126′ N, 85° 14.491′ W. Marker is in Fort Oglethorpe, Georgia, in Catoosa County. Marker can be reached from Reeds Bridge Road west of Jays Mill Road, on the left when traveling west. This marker is located in the National Military Park that preserves the site of the Chickamauga Battlefield, and is situated at the end of a secondary park walking trail. To get there one should travel on a walking trail that runs south from the Reeds Bridge Road, and then junctions with a secondary trail that goes off to the east, where the marker is located. The trail head, for the north-to-south trail begins on 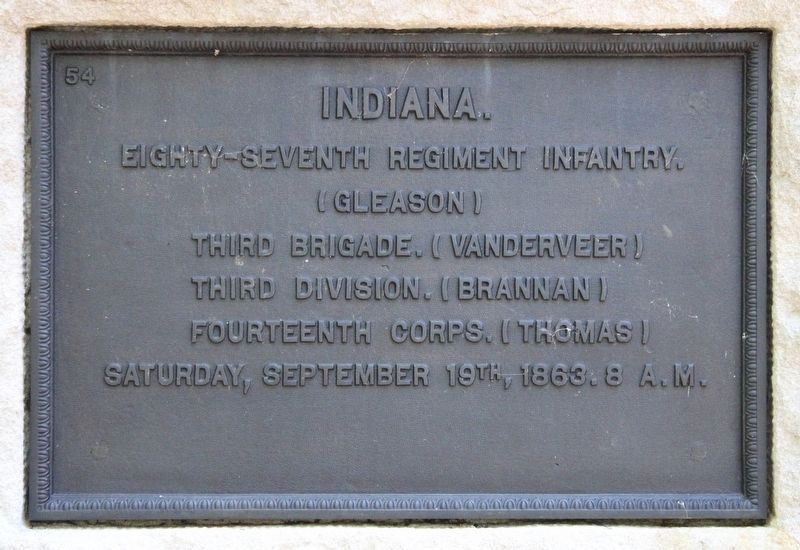 Click or scan to see
this page online
the south side of the street, at a roadside parking area. Touch for map. Marker is in this post office area: Fort Oglethorpe GA 30742, United States of America. Touch for directions.

According to the description information provided by the National Park Service, “This standard Indiana regimental marker consists of a 4' x 4' x 4'8" high rock-faced oolitic stone block with a peaked top and a 12" x 18" bronze plaque affixed to its front. Marks regiment's position northeast of Reed's Bridge Tower site." 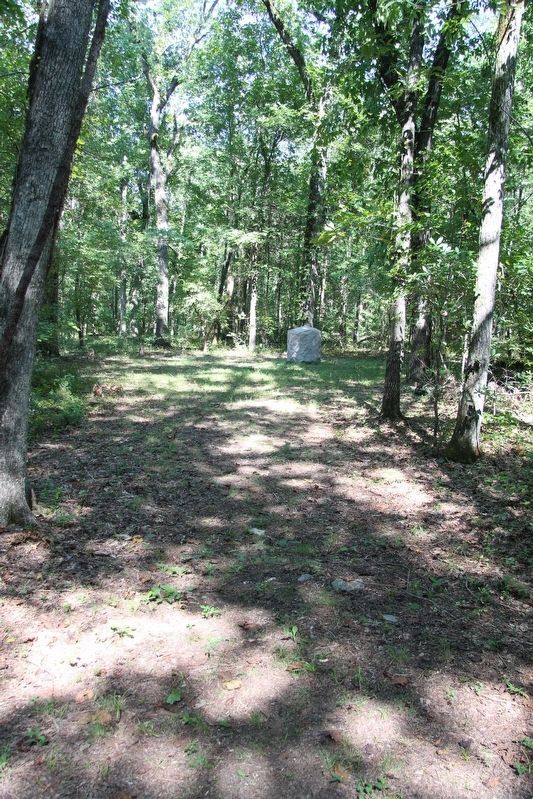 Photographed By Dale K. Benington, July 24, 2019
3. 87th Indiana Infantry Marker
View, looking east along the secondary park walking trail, with a view of the featured marker in a clearing at the end of the trail. 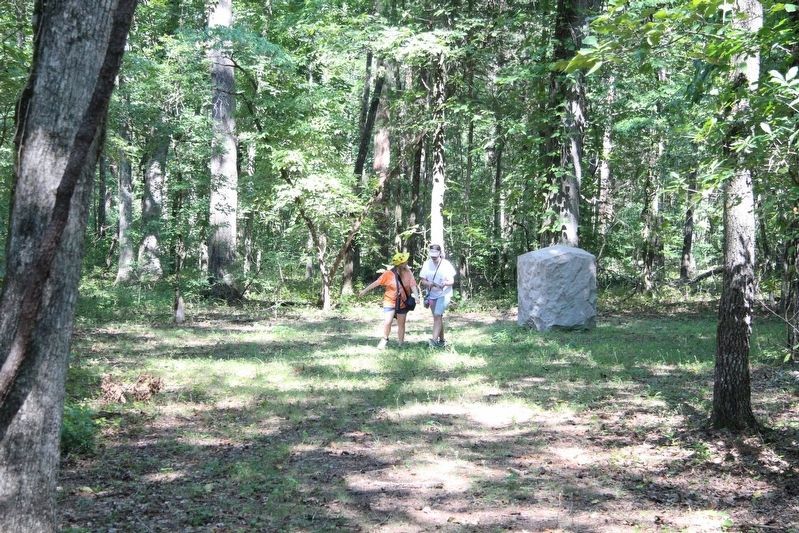 Photographed By Dale K. Benington, July 24, 2019
4. 87th Indiana Infantry Marker
View, looking east, of the featured marker, situated in a clearing, at the end of the trail. 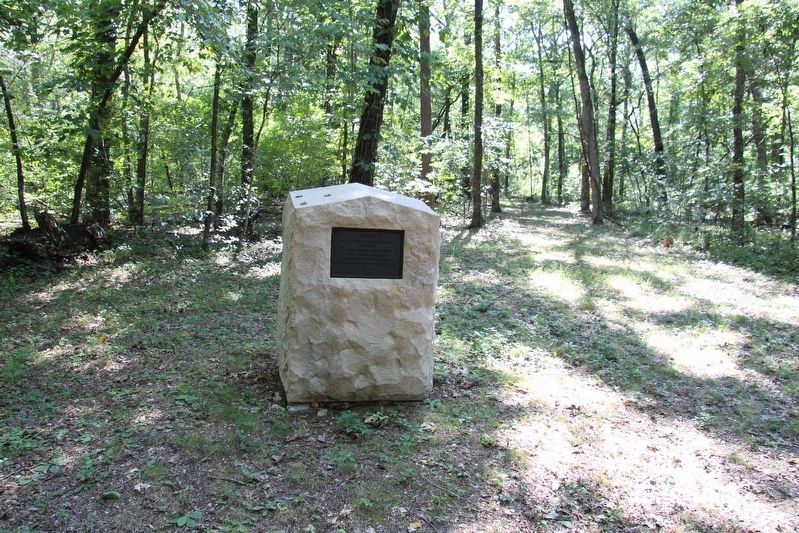