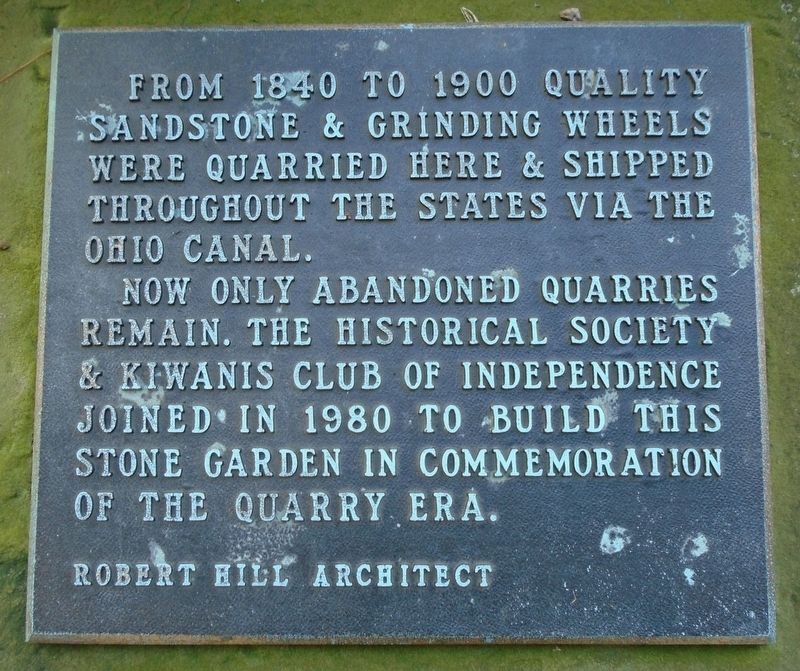 From 1840 to 1900 quality sandstone and grinding wheels were quarried here and shipped throughout the States via the Ohio Canal.

Now only abandoned quarries remain. The Historic Society and Kiwanis Club of Independence joined in 1980 to build this stone garden in commemoration of the quarry era.

Robert Hill Architect . This historical marker was erected in 1980 by the Independence Historical Society and Kiwanis Club. It is in Independence in Cuyahoga County Ohio