Honoring the Women Who Served 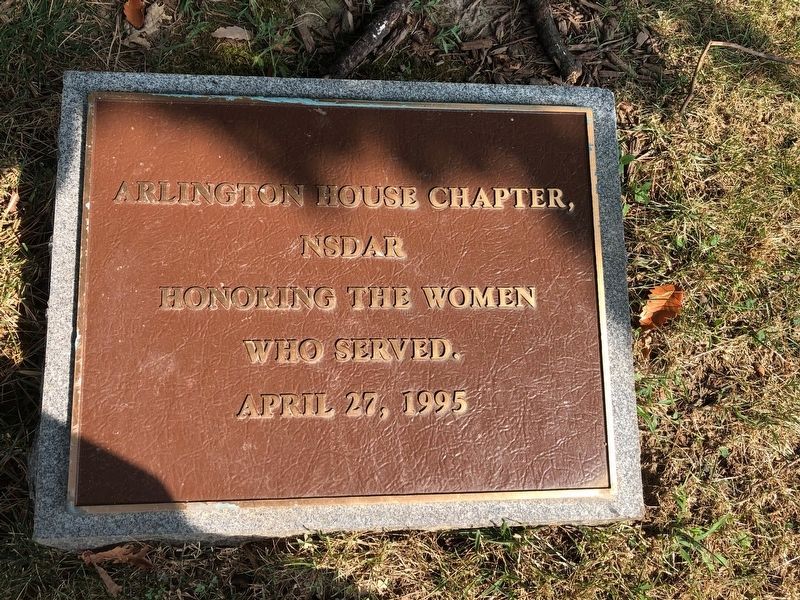 Erected 1995 by National Society of the Daughters of the American Revolution.

Topics and series. This memorial is listed in these topic lists: Military • Women. In addition, it is included in the Daughters of the American Revolution (DAR), and the National Cemeteries series lists.

Location. 38° 53.001′ N, 77° 4.152′ W. Marker is in Arlington, Virginia, in Arlington County. Memorial is on Custis Walk just west of Schley Drive, on the left when traveling west. Touch for map. Marker is at or near this postal address: 1 Memorial Avenue, Fort Myer VA 22211, United States of America. Touch for directions.

Other nearby markers. At least 8 other markers are within walking distance of this marker. World War II Killed in Action Memorial (within shouting distance of this marker); Founding of the U.S. Air Force Arlington Committee (about 300 feet away, measured in a direct line); America the Beautiful Memorial Grove (about 400 feet away); Women in Military Service for America Memorial