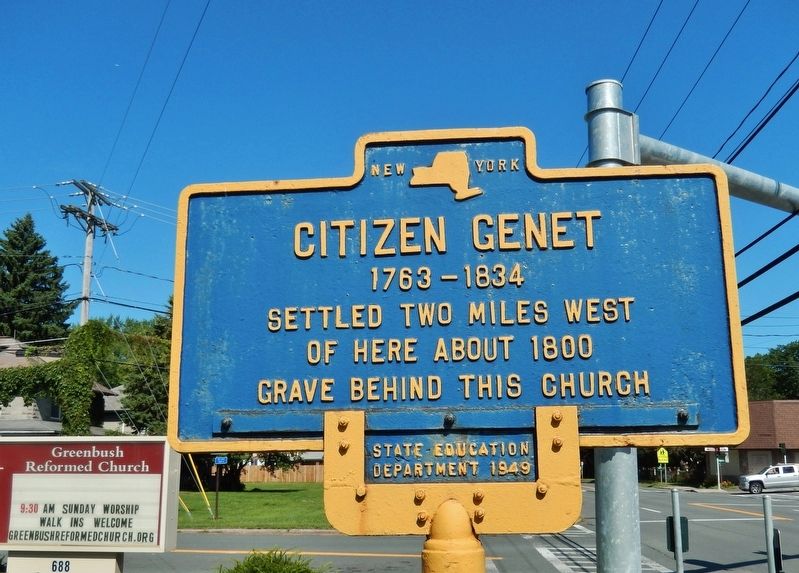 Settled two miles west of here about 1800. Grave behind this church.

Topics. This historical marker is listed in these topic lists: Cemeteries & Burial Sites • Churches & Religion • Settlements & Settlers. A significant historical year for this entry is 1800. 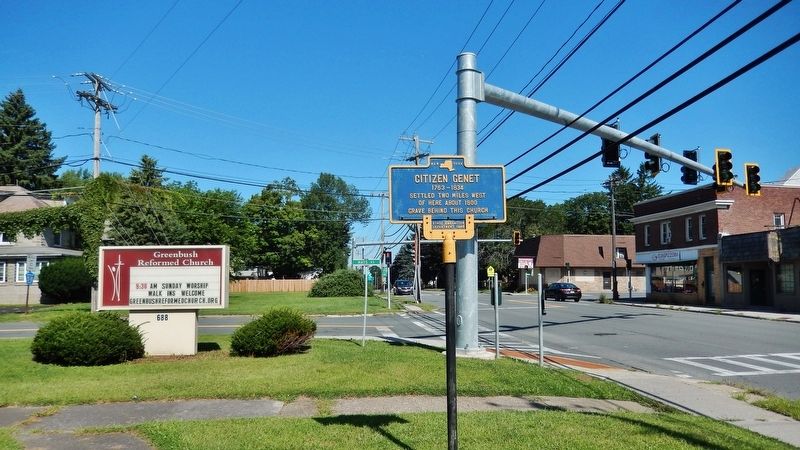 Also see . . .
1. Edmond-Charles Genêt (Wikipedia). Edmond-Charles Genêt, also known as Citizen Genêt, was the French envoy to the United States during the French Revolution. His actions on arriving in the United States led to a major political and international incident, which was termed the Citizen Genêt Affair. Because of his actions, President George Washington asked the French government to recall him. During this time, the government in France changed and an arrest warrant was issued for Genêt. Fearing for his life, he asked for asylum in America, which was granted. Genêt stayed in the United States until his death. (Submitted on August 21, 2019, by Cosmos Mariner of Cape Canaveral, Florida.)

2. Edmond-Charles Genêt (Find A Grave). Genet grew disenchanted with monarchy as a form of government and by 1792 his brash manner had made him unwelcome at the Court of Empress Catherine the Great. When the Girondists rose to power in France in 1793 he was appointed Minister to the United States leading to the 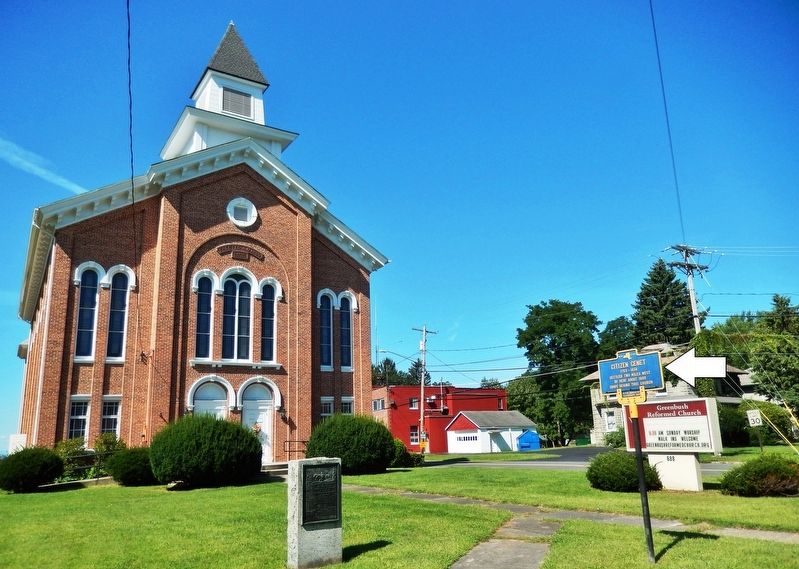 Photographed By Cosmos Mariner, August 20, 2019
3. Greenbush Reformed Church
(view from Columbia Turnpike • marker visible on right)
"Citizen Genet Affair". Genet knew he would be executed upon his return home and requested political asylum which was granted by George Washington. Citizen Genet had sense enough to cease his difficult ways and lived out his days as a prosperous New York farmer and author. (Submitted on August 21, 2019, by Cosmos Mariner of Cape Canaveral, Florida.) 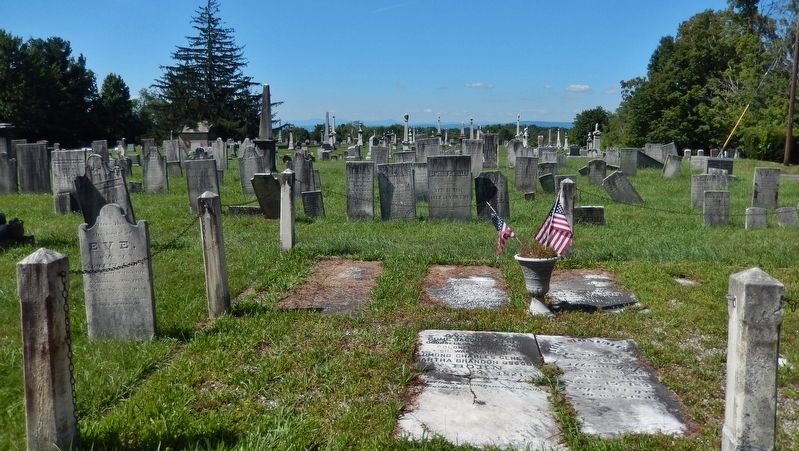 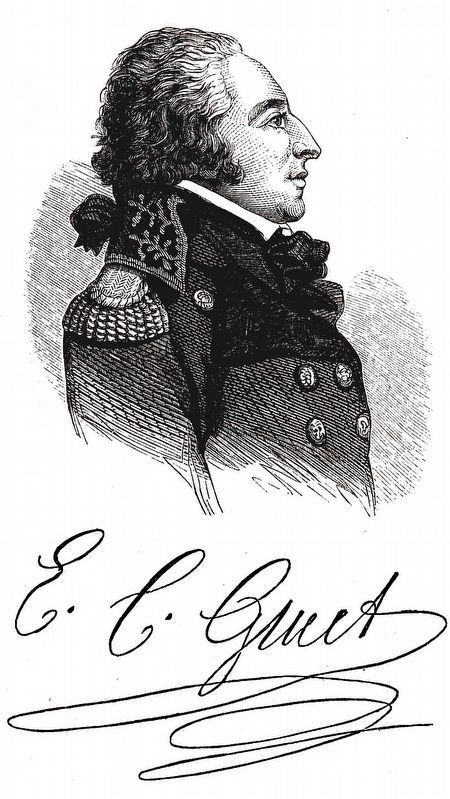 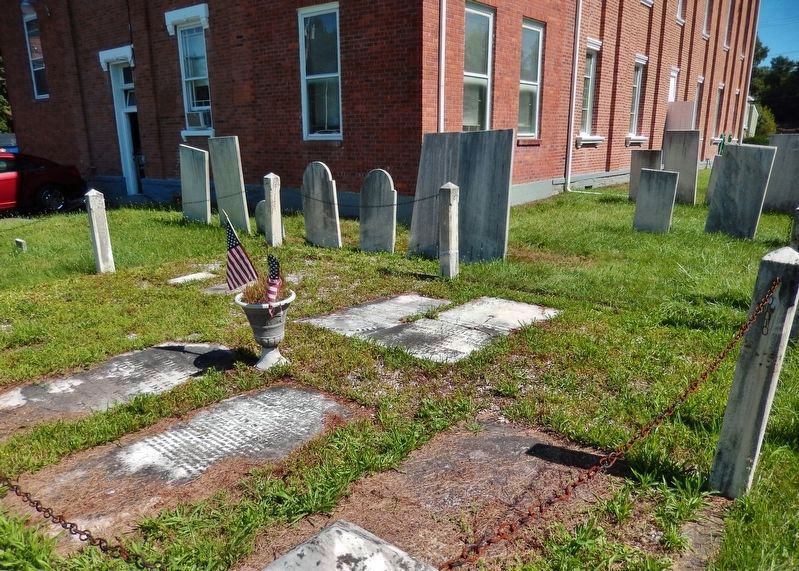