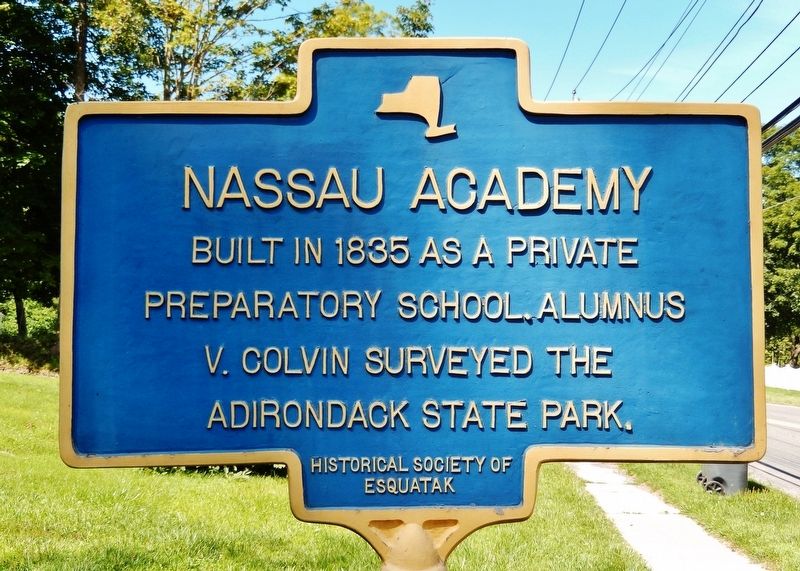 Erected by Historical Society of Esquatak.

Topics. This historical marker is listed in these topic lists: Education • Parks & Recreational Areas. A significant historical year for this entry is 1835.

Location. 42° 31.004′ N, 73° 36.831′ W. Marker is in Nassau, New York, in Rensselaer County. Marker is on U.S. 20 west of John Street, on the left when traveling west. Marker is located beside the sidewalk on the south side of the highway. Touch for map. Marker is in this post office area: Nassau NY 12123, United States of America. Touch for directions. 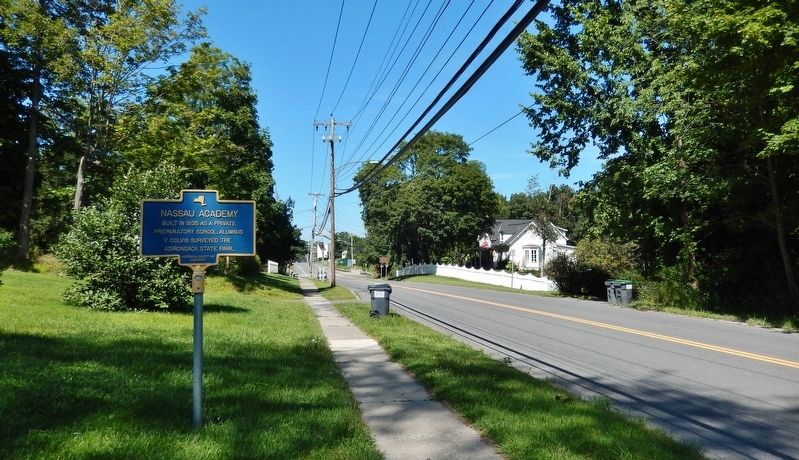 2. Verplanck Colvin. Wikipedia entry:
Verplanck Colvin was a lawyer and topographical engineer whose understanding and appreciation for the environment of the Adirondack Mountains led to the creation of New York's Forest Preserve and the Adirondack Park. During the Civil War his family moved to Nassau. There he attended Nassau Academy, where he excelled in the sciences, and graduated in 1864. (Submitted on August 22, 2019, by Cosmos Mariner of Cape Canaveral, Florida.) 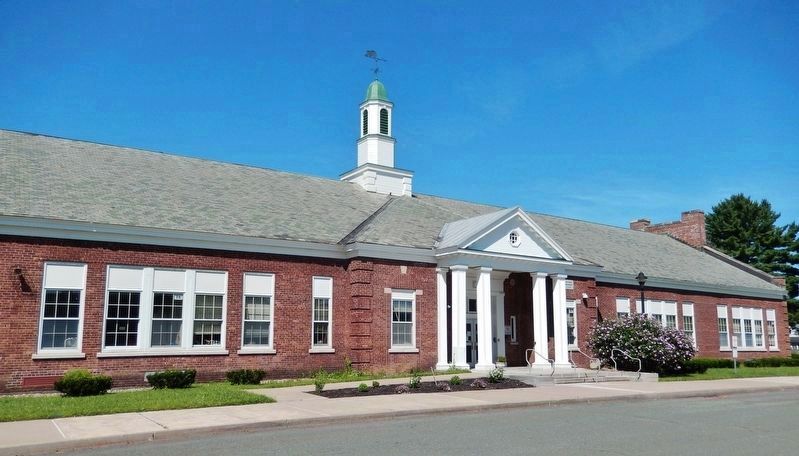