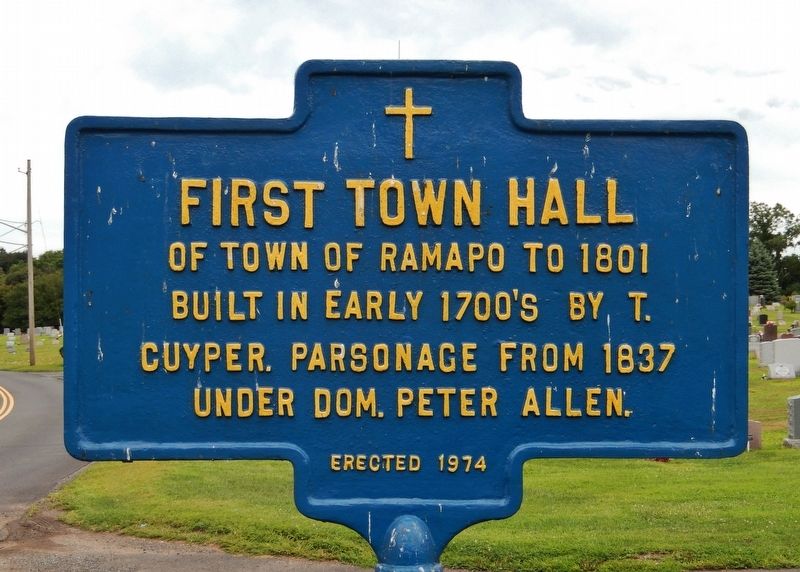 Photographed By Cosmos Mariner, August 23, 2019
1. First Town Hall Marker
Inscription.
First Town Hall. . of town of Ramapo to 1801 built in early 1700’s by T. Cuyper. Parsonage from 1837 under Dom. Peter Allen. . This historical marker was erected in 1974. It is in Spring Valley in Rockland County New York

Topics. This historical marker is listed in these topic lists: Churches & Religion • Man-Made Features • Settlements & Settlers. A significant historical year for this entry is 1801. 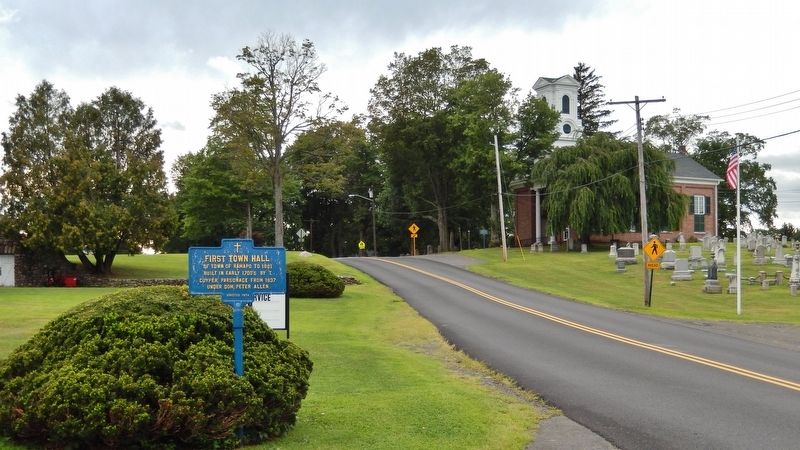 Also see . . .  New Hempstead’s Landmarks and Places of Interest. The cottage across the street from the Parish House dates back to the early 1700s. It was originally the home of Town Supervisor Tunis Kuyper and as such was the first Town Hall. Since 1801 it has served as the home of several Brick Church pastors and cemetery superintendents. (Submitted on August 27, 2019, by Cosmos Mariner of Cape Canaveral, Florida.) 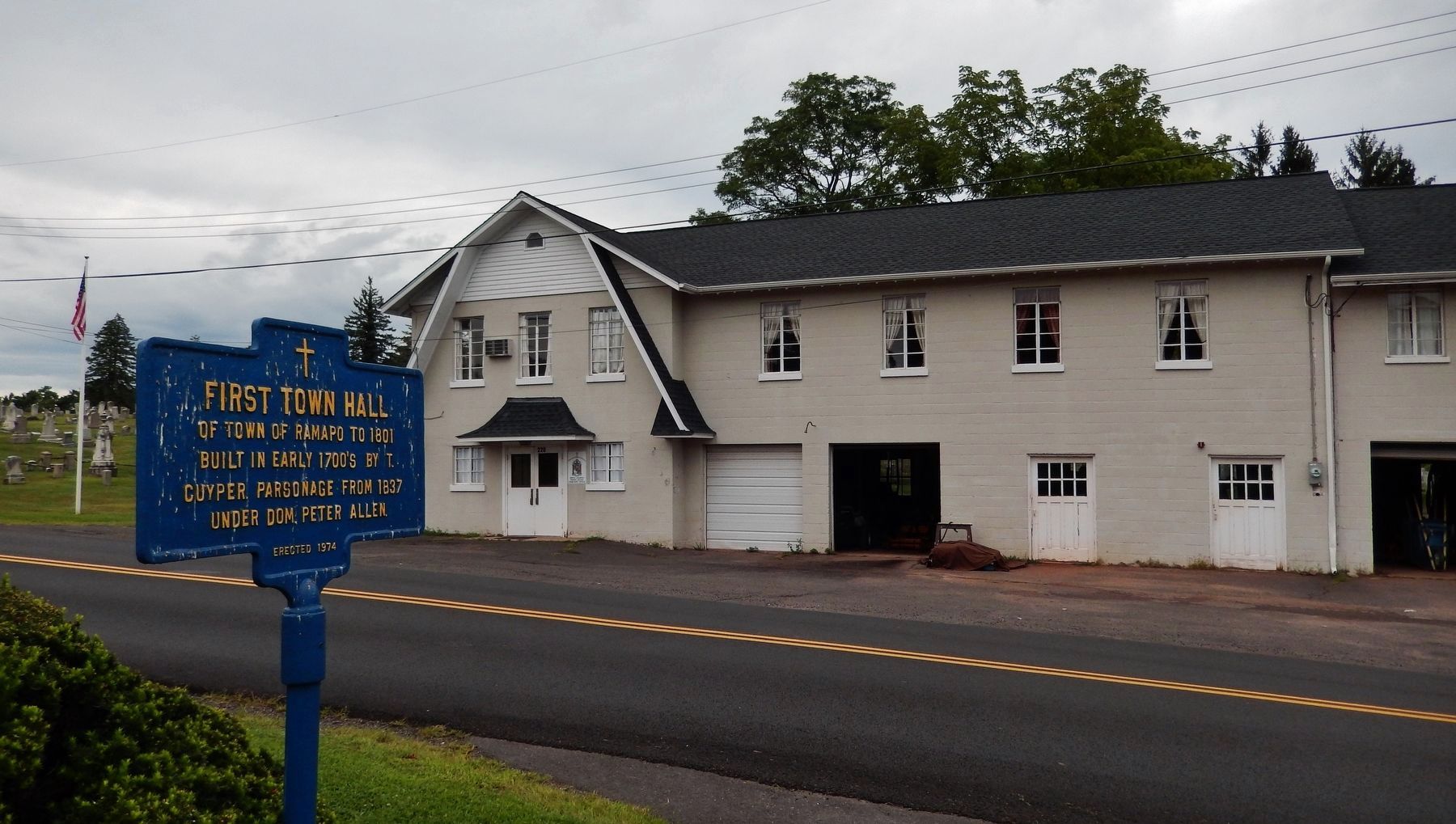