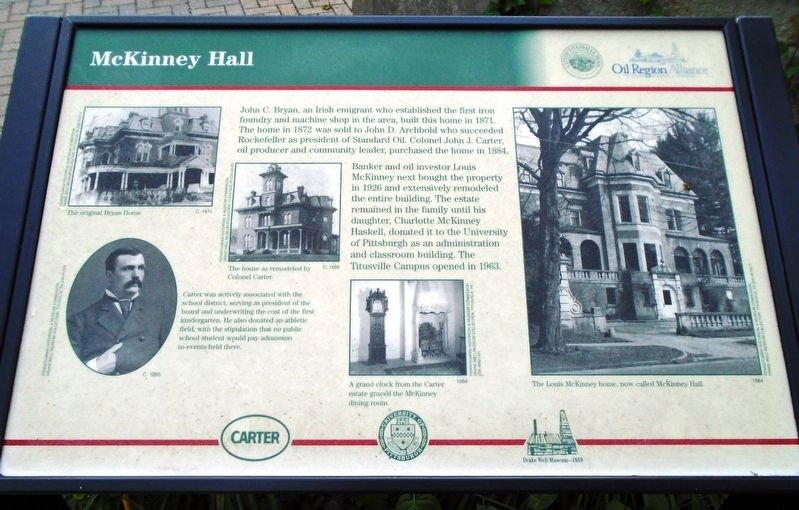 John C. Bryan, an Irish emigrant who established the first iron foundry and machine shop in the area, built this home in 1871. The home in 1872 was sold to John D. Archbold who succeeded Rockefeller as president of Standard Oil. Colonel John J. Carter, oil producer and community leader, purchased the home in 1884.

Banker and oil investor Louis McKinney next bought the property in 1926 and extensively remodeled the entire building. The estate remained in the family until his daughter, Charlotte McKinney Haskell, donated it to the University of Pittsburgh as an administration and classroom building. The Titusville Campus opened in 1963.

[Photo captions, clockwise from bottom left, read] , . Carter was actively associated with the school district, serving as president of the board and underwriting the cost of the first kindergarten. He also donated an athletic field, with the stipulation that no public school student would pay admission to events held there.

. A grand clock from the Carter estate graced the McKinney dining room. 1984 . This historical marker was erected by Oil Region Alliance and City of Titusville. It is in Titusville in Crawford County Pennsylvania